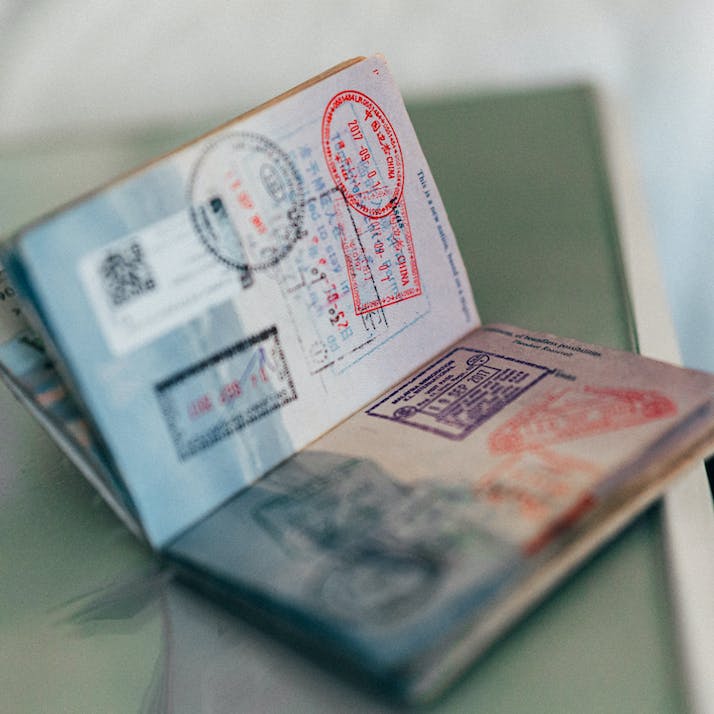 A Spanish teacher explains how taking her students abroad has taught her much about her own country.

Before you roll your eyes or start running—maskless, I assume—to grab your torch and confront the anti-American behind the keyboard: Hear me out. Have you ever traveled outside of the U.S.? If the answer is yes, thank you for being willing to experience another country’s culture. Keep exploring and learning. If the answer is no, you don’t have a leg to stand on in this conversation until you’ve done it.

How Can We Be Number One If We’re Ranked 27th?

Don’t get me wrong, I love the United States. I love living here, and I am (most days) proud to be an American.

I am, however, also acutely aware of what and where our country lacks, and where there is room for growth. These realizations would not be so deeply embedded into my belief system if it weren’t for my firsthand experiences in other parts of the world. I’ve been fortunate enough to travel to 32 countries and, each time I travel, it’s more glaringly apparent than the last that our country is still the newcomer to the game. I have walked on streets and sat in restaurants that are literally ten times older than our entire country. That epiphanic moment is as humbling as it is incomprehensible.

It is heartbreaking, yet completely unsurprising, to learn that in 2018 the United States, a country that so loudly and naively proclaims itself to be the best and most powerful in the world, ranked 27th in the world for education, when in 1990 (coincidentally the year that I was born), we were ranked sixth. How can a country with such a presence that it needs no opening act be so far behind? How can a country with such an influence on so many aspects of everyday life around the world not be in at least the top five? If the U.S. is really number one, then why are so many countries ahead of us?

At least our nation comes out on top in one area: student debt. The United States charges an asininely high amount for higher education—a number that continues to rise, while household incomes stay close to the same. My students, many of whom won’t go to college with any sort of scholarship, will inevitably and unfortunately be in the same lifevest-less boat I am when they graduate: inundated in debt. According to an article by Value Colleges, “The cost of higher education has surged more than 500 percent since 1985 [and] two-thirds of American college students graduate with college debt, and that debt now tops $1.2 trillion” nationwide. You read that correctly: trillion, with a t.

On the far opposite end of the spectrum, dozens of countries around the world offer completely free higher education, including Germany, Argentina, Greece, Turkey and Uruguay. When my students find this out, there’s always a cacophony of disbelief, followed by the defeated admission that they don’t know how they’ll be able to afford college. It’s heartbreaking to see teenagers who are usually so eager to grow up and get out of high school suddenly slammed with an undeniable, unavoidable truth.

“”
At least our nation comes out on top in one area: student debt.

And that’s just the tip of the “not the best country” iceberg. I could ramble on about the fact that in France it is illegal—yes, illegal—to run a negative political attack ad on an opponent. Or how in Spain they have a two-hour break in the middle of the day where businesses close and students leave school to go home and decompress. (My students are obsessed with this, and would “literally be so happy” if that trend were to jump across the Atlantic.) Or how in every country in Europe, students are required to start learning a second language at the age of five, so that they are able to communicate with people of different nationalities and cultures instead of assuming that everyone speaks “their language.”

Or how across the world, on every continent, countries offer free healthcare. Yes, taxes are higher, but the stress of figuring out how to pay for medical bills is virtually nonexistent. Many of my students don’t yet fully comprehend the significance of this, but I always assure them that in their very near future they will realize just how monumental universal healthcare truly is.

The list goes on, but to show my students what the world is like outside of their rose-colored bubbles, they must experience different things and go to places they’ve never been before. They must interact with people who don’t speak the same language, have the same skin color or have the same religious beliefs. They must be made uncomfortable. And in that discomfort, they can begin to understand—and hopefully appreciate—not only what they’re fortunate enough to have, but also that what they do have doesn’t make them better than somebody with less.

It also forces them to confront the reality that, no matter what is preached on TV, the radio or at home, the United States of America is not always number one—and that we as a country have a lot to learn from the world around us, for better or worse. This is why I take my students on international trips every summer: to expose them to different ways of life, to different forms of government, and to show them how even in a one-room, straw-roofed hut that houses seven family members with no running water, children can be so incredibly happy simply kicking around a soccer ball made of plastic bags tied together with string. At this sight alone it is impossible to avoid the realization that our country doesn’t have it all right, that our priorities are not always in line and that our “moral compass” sure as hell doesn’t point due north.

“”
I truly believe that travel has opened my students’ eyes to a world vastly different, and at times better, than the one in which we live here in the U.S.

If You Travel and Aren’t Changed by the Experience, You’re Doing It Wrong

Ever since I can remember, my dad has always said that traveling expands your horizons and once those horizons are expanded, it is impossible to put them back to their original dimensions. The perspectives that traveling gives students about life for other teenagers abroad are irreplaceable. Traveling offers students the opportunity to see what others happily live with, and what they are able to live without. The material things don’t matter as much. The latest “must-have” trends and technologies aren’t a driving factor behind work. The emphasis that our country’s society has placed on status and material wealth is embarrassing. While yes, other countries and cultures have these same desires, you don’t see it prominently displayed in every single direction you look.

While traveling, my students are able to find joy in the moment, and in the subsequent realization that they haven’t had cell service for an entire day. They have meaningful conversations with people who attend the same school but have never seen before, let alone spoken with. They have an immense sense of pride and independence because they were able to have a conversation in Spanish, choppy as it may be, with a local salesman who doesn’t speak a word of English. They are able to appreciate the homes that their parents have provided them when they walk into a village with no electricity and running water, let alone beds for everyone.

Free healthcare and higher education aside, I truly believe that travel has opened my students’ eyes to a world vastly different, and at times better, than the one in which we live here in the U.S. My students come home from these trips with a greater appreciation for what they have and a larger sense of what it truly means to be a part of a community and live in a country that values its citizens, their time and their well-being.

That comes with age and experience. It comes with traveling and allowing ourselves to realize that we still have a lot of growth ahead of us, and a lot of catching up to do. It comes with being quiet and listening, something we could all do better. It comes with being willing to accept the fact that while yes, we are a good country with some incredible qualities, we cannot continue to claim to be the best with so many blindly obvious shortcomings. It’s something that I believe we are starting to accomplish, especially with this younger, fire-in-their-eyes generation.

The United States is still young. We’re still learning to walk in these massive shoes we’ve created for ourselves. If we really want to be the best, we need to be willing to learn from the lessons and mistakes of those who have walked this path long before us. In the meantime, you can bet your ass I’ll continue to hop on planes every chance I get to explore this great big world, even if I have to leave the “number one country” to do so.