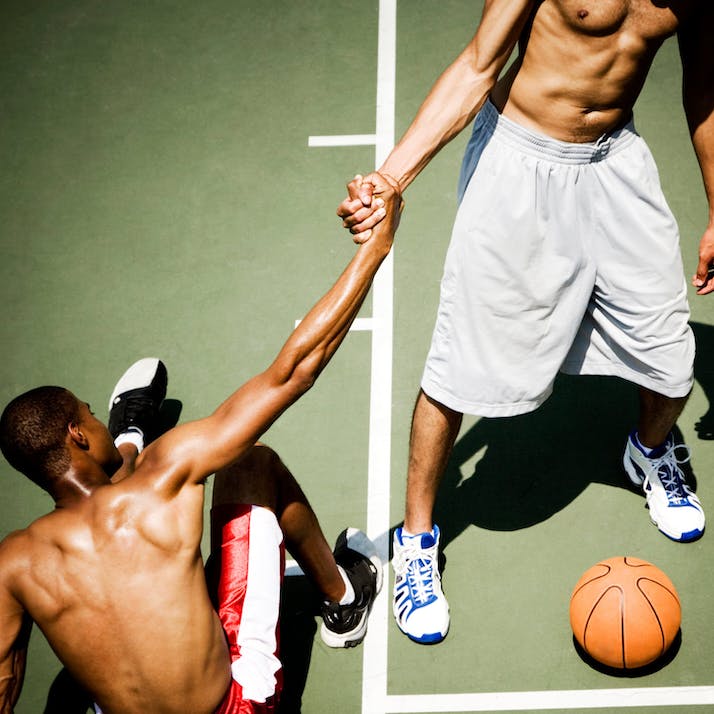 The NBA Is More Liberal Than Hollywood

If you look at the regressive tax code that SAG-AFTRA has implemented, you'll see that A-list actors aren't as progressive as they seem.

LeBron James and Leonardo DiCaprio are two of the most accomplished, highest-paid members of their respective fields in entertainment. Both have also been vocal champions of progressive causes during the span of their careers. But because these two globally recognized entertainers are represented by two different unions—the National Basketball Players Association (NBPA) and SAG-AFTRA, respectively—James is walking the progressive talk and DiCaprio is not. As both an enduring NBA fan and a working-class, union actor, let me explain.

This summer, while the NBPA was negotiating with team owners to create a safe healthcare “bubble” for its players and pushing them to advocate for more criminal justice reform, SAG-AFTRA gutted healthcare benefits for its most vulnerable members.

If you missed hearing about this between the potential collapse of American democracy and the biggest pandemic in 100 years, you can be forgiven.

“”
If you missed hearing about this between the potential collapse of American democracy and the biggest pandemic in 100 years, you can be forgiven.

The SAG-AFTRA Tax Code Is Inverted

On August 18th, the same day the NBA celebrated its historic first day of the playoffs during the COVID-19 pandemic, SAG-AFTRA sent an email to members that it would be raising the minimum income requirement from $18,040 annually to $25,950. In addition, premiums would also increase and, most shockingly, members over 65 years old could no longer apply residual income from past projects toward healthcare eligibility. In one fell swoop, the union was making it more difficult for its lowest-paid members to qualify for healthcare, while simultaneously making it nearly impossible for retired senior members to meet the new requirements. And all during a global healthcare crisis in which most members had not worked since March.

We are a union of actors. We are the progressive, liberal, do-gooder types, right?  Surely it was a mistake. But upon digging into the overall dues structure of SAG-AFTRA, I found that my union of free-spirited artists is run more like a Republican think tank. Could the tired Fox News moniker of “Hollywood hypocrisy” actually be true?

Without getting too deep in the weeds, all members of SAG-AFTRA are required to pay an annual fee of $222.96 plus 1.58% of earnings up to $500,000. What about earnings above $500,000? Nada. Zilch. Zippo. Those earnings are totally free and clear from paying dues. So unlike our progressive federal tax code, which taxes the wealthiest Americans at a higher marginal tax rate (44 percent at the peak), the SAG-AFTRA’s dues structure is actually regressive.

As an example, on the set of Once Upon A Time In Hollywood, DiCaprio’s real-life stunt man actually ends up paying a bigger cut of his paycheck in dues than DiCaprio himself or his steely-abbed co-star, Brad Pitt. Mitch McConnell would drool at the opportunity of inverting the American tax code to benefit the rich like this.

There’s a Big Difference Between the NBA and Hollywood Unions

What about my favorite entertainment product, the NBA? Is their union set up in this similarly regressive fashion?  Actually, quite the opposite. In the NBA, there is a salary cap on how much the biggest stars in the league can make. In exchange, the union negotiates that team owners pay role players and bench players more. Last season, LeBron James made $37.4 million. That’s a lot, but without a salary cap, ESPN’s Brian Windhorst estimates LeBron would be making closer to $50-60 million annually.  Why does King James take this pay cut? Because in a league where the average career spans only four-and-a-half years, it ensures that “middle class” bench or role players can make enough to live off until they can find another form of employment.

Meanwhile, in the world of Hollywood, our biggest stars—our LeBron James’s if you will—take no such pay cut to help out their fellow actors. In fact, just the opposite. They contribute to dues at a lower percentage of income than the extra whose name won’t even make the end credits. If SAG-AFTRA operated more like the NBA, or hey, even the tax code passed by Trump in 2017, then those megastars would contribute far more in dues and premiums so their less fortunate brethren could be provided the most basic health coverage.

After all, certainly Hollywood’s biggest stars could contribute more. Here’s a list of a few actors who earned more than $40,000,000 on just one film in the last ten years: Robert Downey Jr., Sandra Bullock, Leonardo DiCaprio, Will Smith and Johnny Depp. That’s LeBron James money right there. How much in dues did they pay on $39,500,000 of that? Zero.

What about the average actor or performer in Hollywood? In 2019, less than 20 percent of union members were earning the $18,040 annual income then required to make healthcare. Certainly, if the biggest A-listers knew they could help keep a retired journeyman actor or an injured stunt woman on their healthcare insurance they would, right?

“”
We are a union of actors. We are the progressive, liberal, do-gooder types, right?

Now, I suspect most of these highest-paid actors are totally unaware that the dues structure of their union is a regressive, Republican fever-dream. After all, us actors have agents to do all the math for a reason. But hopefully, this might bring it to their attention. Because it’s one thing to bash Trump and other Republicans as cruel and heartless (they are). But it’s another thing to dip into your own wallet to help out a fellow actor who didn’t have a few big breaks go their way.

And hey, what goes around, comes around. I’d like to think that even if Leonardo loses all of his fortunes to Toby McGuire in an all-night poker game, he too should live in a future where he can still get health insurance from his ongoing Titanic residuals. As things are structured now, he wouldn’t.