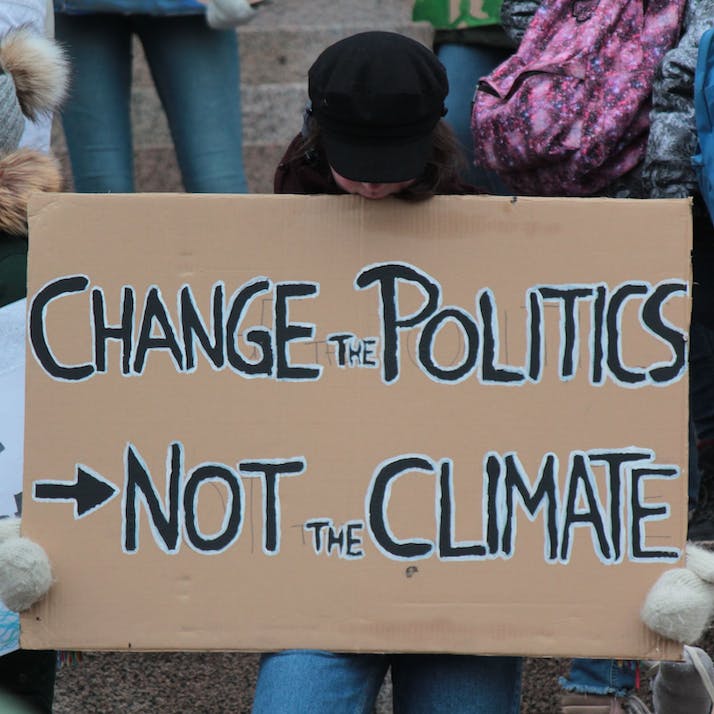 Saving the Environment Is Not a Political Issue

Liberals and conservatives both want a healthy planet, but relying on the government to solve our environmental crises is dangerous.

Everyone wants a better planet for their family and children. This includes conservatives who hunt, fish, camp and farm for a living. It would seem logical that they actually have the most to lose from the planet being destroyed. They also usually have the most experience with tending to nature, but that’s not what you typically hear in the media.

The environment is not a political issue, but it’s being used as a prop.

The disagreement is not over whether liberals or conservatives want a more environmental future. This is a false premise that is used to divide American citizens, so we never debate the real issues. The lie that is sold to us is that the government can solve all of our problems, and if you don’t believe their narratives, then you must not like the earth we all live on.

“”
The environment is not a political issue, but it’s being used as a prop.

The Keystone Pipeline Is a Good Example of False Information

There are plenty of people who actually believe this horrific lie put out by your federal government: that the government alone can "fix it." They think Greta Thunberg is a scientist. They believe that geoengineering can control major weather events. They think the Paris Climate Accord saves mankind and that ranchers don’t know how to manage their own properties without government regulation. All of this is a lie. It is used to keep us divided so we never actually take action by coming together.

Take the Keystone XL Pipeline, for example. There are narratives that this massive project would destroy entire towns, pollute waters and cause irreparable harm to the environment. This became an entire political issue for eight years with disinformation on all sides. What the pipeline actually did was create a safe transportation method of fossil fuels from Canada to America that are up to the regulations of 2021, not the 1900s.

Now that the Keystone Pipeline is gone, fossil fuels are not gone. They will still be imported from OPEC, the Middle East and places where we’re building pipelines along with other countries. Their regulations are not as strict as ours. They face many geopolitical problems like terrorism and sabotage, and we have to import that oil by ship and rail, which is inherently less environmentally friendly.

“”
All of this is a lie. It is used to keep us divided so we never actually take action by coming together.

The Free Market Is Our Best Bet to Save the Environment

If this sounds insane, it’s because it is.

Major donors to political PACs will receive contracts to import the oil in a much more irresponsible way. Military contractors will be used to guard the transit routes and add to the pollution. For example, the U.S. military uses around 400,000 barrels of oil per day, but you never seem to hear the outcry for their "carbon footprint." We also spend around 81 billion dollars per year to guard "fossil fuel assets," according to CNBC. However, it is easier just to blame the Texas cattle rancher or the union worker who was building a pipe, because if the violence and pollution are happening in another country, it’s out of sight and mind to the average American.

I grew up on a boat.

I watched destructive waste management destroy the ecosystem for fish that we needed to live. I devote my life now to helping people transition to solar panels. I don’t do it because I believe the world will end in ten years. We have already seen "climate preachers" like Al Gore get rich off of these inaccurate models and help their political pals. I simply believe that a first-world country should not have the most electrical blackouts of any developed nation.

Solar technology is still a way from replacing anything, and there will be unintended consequences—like how to dispose of the batteries once they are spent. However, the true free market and entrepreneurship will figure these things out if the government stops advocating for its largest donors and lets innovation loose. We do not need more hyperbole and division. We need logic and solutions, and this will never happen if we continue to vilify each other and believe false narratives.