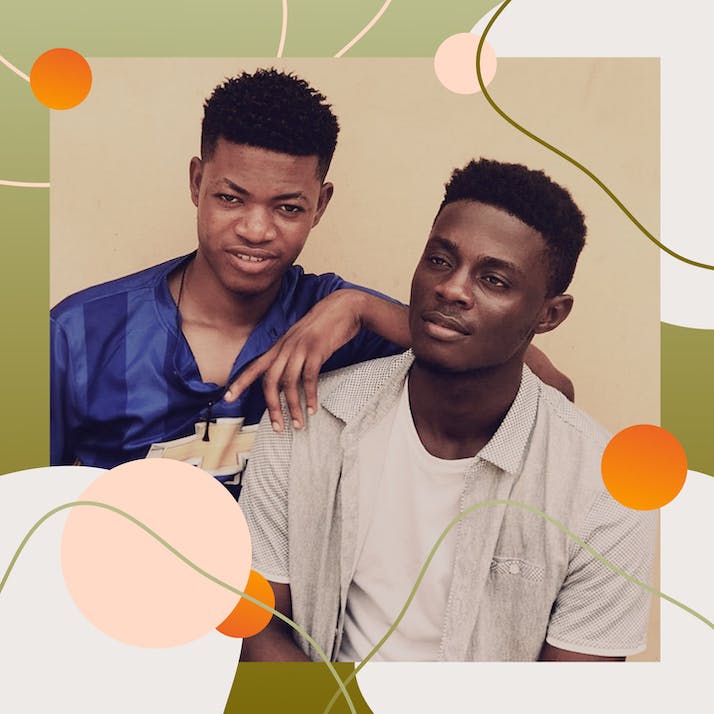 The American Dream Is a Lie: A Tale of Two African Families

My father and his brother got married a week apart. Soon after, they both left North Africa with their new wives in search of a better life and new opportunities.

While my uncle managed to win the green card lottery, my father managed to get a job in a Southern African country he knew nothing about. Still, after packing some bags filled with molokhia (mallow leaves used to make a traditional soup) and okra, my parents made their way to a new country with nothing but optimism. My mother had never been on an airplane, let alone left her hometown. She was nervous saying goodbye to her family, knowing she might not see them until a few years later, if ever again. But she was excited to see a new place and start afresh with her husband.

In the years that followed, our family and my uncle’s family shared letters and infrequent long-distance phone calls to and from the United States. They had a child and my parents had me, and they would often talk of their dreams of us meeting and playing together. They never mentioned coming to visit us though. It was only ever, “When are you coming to America?” Although our country was filled with cleanliness and beautiful scenery, bursting with food and culture, they never considered returning to their African continent. And to be honest, growing up watching American TV in the ’90s, I couldn’t blame them. I was beyond excited to visit their home in a land that seemed so abundant.

“”
We would repeatedly say what a great country we lived in, constantly explaining that we didn’t live in huts or have lions roaming around the streets.

As a Kid, the American Dream Felt Alive

When I turned 12, we finally planned to go to the U.S. around Christmas. I’d never seen snow or experienced a wintery Christmas—my holiday memories were filled with hot summer days playing at the beach, grilling outdoors, smelling mosquito repellant and eating a healthy stock of cut watermelon in the fridge. At the same time, pine trees with snow-frosted tips made up our Christmas decorations, even though we were more likely to have acacia or baobab trees outside. Carols like “White Christmas” always played in the supermarket because American imperialism was, and still is, so strong.

All the songs made sense after arriving in the U.S. that December. Although I’d sadly come to find out it didn’t snow in L.A., being bundled up in wooly gloves and sweaters, drinking hot cocoa and seeing the epic decorations on people’s lawns was still really exciting. I also loved being able to drink bottomless sodas at restaurants and buy all the butterfly clips I wanted. My uncle’s family promised a fun time with their big American house, garden and basketball hoop outside, just like in the movies. We rode in a limousine for the first time that my uncle booked for us one night, and I thought it was the best day of my life. He wore designer clothing and drove fancy cars. I remember seeing about 15 credit cards spread out on the bed while he tried to find the one that worked. I thought he was the richest man I’d ever seen. He had a successful restaurant and was set to open another one soon.

The American Dream was in full view, and he spent that holiday trying to convince us to move there. As much as we liked all the little things we saw on TV, we couldn’t help but think that it wasn’t that much better than our life—and to their surprise, we didn’t want to move there. When we’d meet other people there, they’d have pity in their eyes for us when finding out where we lived. “What made you go there?” That was the question we got the most. We would repeatedly say what a great country we lived in, constantly explaining that we didn’t live in huts or have lions roaming around the streets.

We also had to explain that while there was poverty in our home country, that wasn’t the only way that people lived. When we saw all the homeless people on the streets of Los Angeles, I remember being puzzled as to why they thought our country was poorer.

During the Recession, My Uncle’s Family Required Our Financial Support

Years after our trip to the U.S., my uncle started falling on harder times, and eventually, when the 2008 recession hit, he lost his restaurants, their house and his cars. It was a tragic time for them, and my father often had to send them money just to keep them afloat. Being the family everyone pitied, sending money from Africa to America was quite the twist in circumstances.

Humbled by that experience, my uncle’s family never petitioned us to come to America again, but other family members and friends in the U.S. who didn’t know their situation continued to nag us about it. Their condescension went from being an ironic private joke in our family (they had become ignorant Americans) to realizing they were being racist toward Africa (a continent they came from too). They truly felt sympathy for us, even though our family was doing just fine financially—we didn’t have major debt, we had a good education, access to some of the least-polluted air in the world and ate food that was more commonly grown organically than big industrial agriculture. To them, it was inconceivable that a life in Africa could be full of pleasures and comfort.

For my uncle’s family, life was never the same. He went from owning restaurants to managing one, while my aunt started informally catering because they were living paycheck to paycheck. The flashbacks of the credit cards on the bed I’d seen as a child suddenly made sense: They had lived on massive lines of credit their whole lives, and when the bubble burst, they lost everything. Now our family was convincing them to live with us, promising to help them, but that would never be an option. Even if they were struggling, they still lived in America and that meant it was better, right?

“”
We all knew we would never want to live anywhere else.

The American Dream Isn’t for Everyone, and It Isn’t Always a Dream

While I often compared my life with my cousin’s life, getting jealous when I heard stories about her trip to an Usher concert or spotting celebrities, when it came down to it, there wasn’t too much difference between living in America and living in Africa. Whenever I thought about the differences, I realized that those were what made our lives good. We may not have had access to as many products and conveniences, but that meant we were less focused on consumerism. Our consumerism was the glorious feeling of making it in time to get the huge avocados, mangos and watermelons on the side of the road before they sold out.

The capital city and my hometown were immaculately clean and always easy to navigate—the longest we’d wait in traffic to get home was 15 minutes. And because we didn’t have skyscrapers, the tallest building was a hotel in the city center with 15 floors. The large boulevards in town were lined with jacaranda trees, and in the few months out of the year when they were in bloom, the flowers created not only a lavender-colored canopy over the street but also a purple carpet on the pavements. I often inhaled the sweet smell as I cycled to the park to meet up with my friends. While we lived in a part of the world that was lesser known globally, we knew so much about the world outside of ours—something our education emphasized. Most Americans we encountered didn’t know that Africa wasn’t a country.

Though we would sometimes fantasize about all the places to which we’d travel, the concerts, festivals or theater shows we’d want to see, the pictures we’d take, the clothes we’d buy or the food we’d try, we all knew we would never want to live anywhere else. As we’d watch the magical sunset beyond the rolling hills, we all knew this was still the best place in the world.