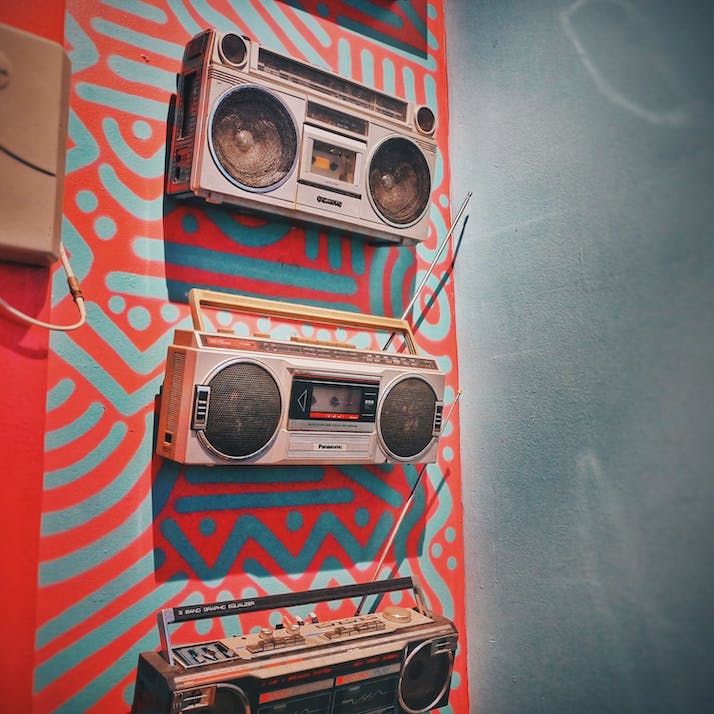 Despite millennial nostalgia, a British Gen-Xer explains how the '90s homogenized culture.

So, millennials think the 1990s were a great time? I was an undergraduate at university in the '90s. I don't agree. In fact, they weren't a halcyon time at all. The '90s were crap.

Let’s start with the obvious. Unlike today, there wasn’t any messaging about inclusivity and diversity among body shapes. Vegetarians were often ridiculed, and there were very few products on the market for them. You weren’t meant to think or have a social conscience or opinion. The worst bit was the “Lad Mags,” so prevalent at the time, boasting demeaning pictures of breasts everywhere, all the while giving men a distorted view of how women really were. They were plastered over the social area of my student dorms. I didn’t find them clever or empowering to women, some of whom said they were, laughably calling the shots. I remember wanting to take them down in protest (it was a co-ed house), but I had no support from any of the other residents, who either liked them or were too apathetic to protest.

They influenced a pressure to look like a supermodel, to be willowy slim or have humongous Pamela Anderson breasts—nothing in between. It was more that you had to “like it” or “lump it,” and there was no voice for opposing views. I didn't relate to the “ladettes” that we were being fed by the media—or the Spice Girls spouting “Girl Power.” They were utterly moronic and seemed very shallow.

“”
They weren't a halcyon time at all.

Mental Health Was a Taboo Topic in the '90s

I used to buy most of my clothes from thrift shops, which were a wonderful thing in the '90s because they hadn't yet been homogenized and sanitized into expensive, money-making machines. There was a sense of creating your own DIY-style in a very cheap and effective way. While some of the fashions may look cool and edgy through the eyes of today’s younger millennials, most of it was recycled from other periods—in particular the '60s. I grew up in a small town, so we weren’t at the cutting edge of all things cool. We did, however, catch the flavor of the Madchester scene, when artists started merging alternative rock with acid house music. It was exhilarating and exciting—it was more homemade by the people, for the people. But let’s face it, the best of that was over by 1990.

Various middle-class, white-privileged types galumphed around, hee-hawing, drinking pints of beer and being really irritating. “We are being like men,” they claimed. “We can drink ourselves into a stupor and fall over.” How clever! In reality, there was no questioning or self-reflection like now. No discourse. Mental health was not a topic of conversation—it was still a very taboo subject.

I had many issues, which I kept firmly to myself because you just didn't admit to any weaknesses then. This had an alienating effect. Without the dear internet, you were destined to never meet like-minded people with alternate, outside-the-mainstream perspectives. You could either go out and get mindlessly drunk with your peers or live a very lonely existence.

Take the TV series Friends, which people seem to hold so dearly in their bland little hearts. I couldn't stand it. It was so vapid and dreary. All smiling white teeth and mundane fashion senses. The characters were vacuous and not at all interesting—they spent the majority of their lives in a coffee shop. They were so middle-of-the-road it was depressing. The X-Files wasn’t much better. All my peers seemed to adore these shows and I worried about being the odd one out. I had failed to see the enjoyment and understand the hype.

The cool films we were supposed to like were mainly in the sphere of Quentin Tarantino’s Pulp Fiction. I couldn't relate to it. My partner at the time argued with me after one showing. I felt so wound up by all the blood and gore. It was meaningless to me. I wanted depth. I wanted narratives that meant more than mindless violence. There was pressure to conform, to be cool, to say you liked something but you didn't know why.

There was very little reality television back then, so we didn’t feel like the celebs were as real as perhaps millennials do now. Most of the 1990s, I spent dreaming about the 1960s, imagining what a wonderful time it was—new, fresh and exciting—with a booming economy and opportunities galore. But everything seemed like it had been “done before.” We were Generation X, supposedly apathetic, stoned, gazing at our shoes like Kurt Cobain, who incidentally was very passionate about his work. People thought he just rolled out of bed, took some drugs and penned a classic song. This was not the case.

There were no more heroes. Were we supposed to shuffle around in a catatonic, heroin trance feeling hopeless? We were labeled slackers, boundaryless and resorting to extreme measures to shock or rebel. Growing up in the U.K., I discovered much more about Seattle grunge culture watching documentaries such as Hype! and other slacker films: High Fidelity and 200 Cigarettes. Americans seemed to be having a more authentically cool time in the '90s (apart from Friends). I desperately wondered where I fit in.

In 2020, there are people actively fighting racism all over the world—with movements that have gained real interest and effort from young people. I didn’t actively go out and protest, as I would have done in my 20s. In this respect, I felt like a bystander watching it all unfurl on social media. I have become apathetic myself.

Today, I would have found like-minded lost types on social media. That was the missing link we didn’t have then. I adore social media for the fact you can find people who think like you, who create things and who care about social issues. For example, I enjoy the crafting community, and crochet has had a revival here in the U.K. In effect, there are lots of users on Instagram and YouTube who have become great for inspiration and for providing how-to guides.

I like this DIY culture and the ability for people to explore their real selves. I look at British actress Emma Corrin, starring most recently as Princess Diana in Netflix’s The Crown. I admire her edgy-cool and the fact that she has posed for British GQ with unshaven armpits, a decision that would have been ridiculed in the '90s.

After all, there’s nothing clever about the over-privileged who were supposedly the subversives of the moment. Thankfully, the internet saved culture, which would otherwise continue hurtling down a recycled, boring, dirge-like route and taking any innovation with it.