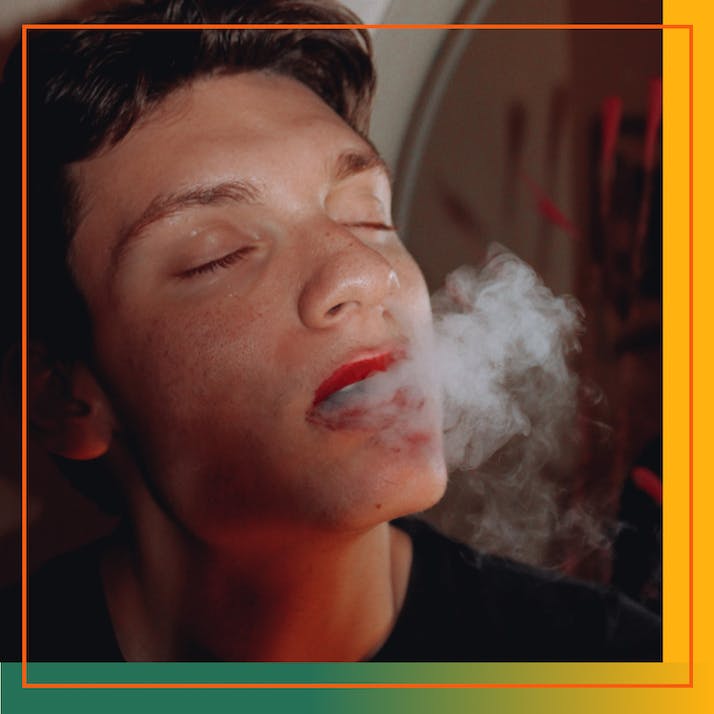 I turned 18 and flew halfway across the globe to get into drugs, guns and stolen cars.

On the day of my eighteenth birthday, I took the money I had earned as a child actor in Mexico—almost $25,000 that my parents could no longer legally keep from me anymore—and bought a plane ticket from Switzerland to South Africa. There was no plan, other than to just get down there and figure it out. With 25 grand in the bank and no responsibilities to speak of, you really don't need a plan.

Leaving my friend's house—that I had been bumming around in since my girlfriend and I broke up months earlier—I got on the plane in Zurich with my laptop and the phone numbers of a few high school friends from South Africa.

Off I went on one of the most ridiculous adventures of my life. Aside from getting addicted to crystal meth, I would take massive amounts of hallucinogens, smoke crack for the first time, become good friends with a professional car thief and his family, go on road trips across Southern Africa and befriend street kids in some of the roughest slums on the world's roughest continent.

South Africa and Its Slums Were a Culture Shock

Growing up in Latin America, I was accustomed to seeing real poverty—not the kind that Americans think of, where so many obese “poor” people have iPhones, fancy rims, fat government checks and a perpetual chip on their shoulder. In Africa, even in the richest nation on the continent, they have real poverty. It was astounding. What I saw in the slums of Cape Town, Johannesburg and other major cities in the region would be inconceivable to most Americans.

My journey into crystal meth addiction began not long after I arrived in Cape Town, where my first task after finding an apartment was to buy a car. My original plan was to buy a four-by-four truck and try to drive across the continent to Cairo, but I quickly realized my $25,000 wasn't going to cover it. In fact, cars were not much cheaper in South Africa than they are in the West. Instead, I bought an old Audi sedan made the same year I was born that had a smashed headlight from a previous wreck. It was a great car but needed some spare parts to be in decent shape.

While searching for them, I ended up getting in touch with a guy from Mitchells Plain—a rough, largely Islamic area outside Cape Town—who supposedly could get any parts I needed for cheap. Meeting him would be a defining moment of my time in Southern Africa. Let's call him Abdul.

Abdul was a native-born South African of Pakistani heritage who, while technically a Muslim, did not really follow his religion in a serious way. In fact, Abdul, who ended up becoming a good friend, was a crackhead and a professional car thief, who specialized in repainting stolen vehicles, throwing new serial numbers on them, getting new papers and shipping them to Botswana to sell. His wife was a crackhead too and super sweet.

“”
With 25 grand in the bank and no responsibilities to speak of, you really don't need a plan.

Abdul got me the Audi parts I needed, but he always found a way to make sure that I had to come back for something else. I soon realized this was because he wanted me to bring him money so he could buy crack for him and his wife. No doubt Abdul thought he was using this silly American kid with too much money. But we gradually grew closer and closer, to the point that he would sit on the toilet with his pants down, pooping, and tell me to come in to hit a joint with him.

One of the many times he asked me to borrow money, he offered to let me hold onto his 9mm pistol as collateral. I had no idea whether it was legal or not, and it made me uncomfortable just being next to it, so I lent him the cash without keeping the weapon. I can't remember if I ever got it back.

Abdul and I would often go down to the crack house together. He would get crack, and I would get whatever else they had: pot, barbiturates, ketamine, amphetamines, coke or even crystal meth. One time we pulled up and there was a cop standing outside. “We can't go in there,” I told Abdul, glaring at him. “What's wrong with you!?”

Abdul looked amused. “Oh, don't worry man,” he told me in his adorable South African accent. “That's my brother. They just pay him a bit to protect the place.” His brother was actually really cool and a lot more responsible than Abdul.

The first time I freebased methamphetamine was with a beautiful blonde South African girl of British heritage—let's call her Claire—who was a friend of a friend I knew from Switzerland. For 24 hours we stayed up in my beachfront apartment: talking, drawing, writing, philosophizing, touching each other, smoking pot.

It was amazing—or so I thought.

Then came the comedown, which is one of the most miserable experiences a person can have. It's torture, and it makes you willing to do just about anything to get more. I knew meth was bad news, but man was it fun to chat with Claire all night. It's like your brain goes a thousand miles per hour and everything is just perfect.

Once I realized I could get the stuff from Abdul's crack house, they became my regular supplier. At the time, I was paying about 10 South African rand ($1 U.S.) for a gram. When I left for Europe and then the United States, I realized how absurdly cheap that was. In Miami, the going rate was around $60 per gram. In France, I couldn’t even find it. Thankfully, the outrageous prices and my lack of money eventually forced me to quit.

I Bottomed Out and Figured Out Who I Am

For pretty much the rest of my time in South Africa—about six months from the time I started freebasing meth out of broken light bulbs to the point where my bank account got so low I couldn’t afford to renew my visa—was spent on meth and/or various other drugs. It was party after party, nonstop.

Abdul had an “employee” named Peter. While Peter was technically free to leave any time, the relationship almost struck me as one between a master and a slave. Peter, a Xhosa speaker (like Mandela), slept out in the garage in a tiny little room no bigger than a broom closet, with literally nothing but a small piece of foam and some trash on the floor. Abdul would bark orders at him to go buy a cigarette (yes, one cigarette), get him a car part, grab tools or whatever.

Peter was a sweet kid, and I felt bad for him, but living in Abdul's closet with a piece of foam to lay on was better than the deplorable conditions that millions of South Africans lived in—some just on the other side of the bridge, less than half a mile from Abdul's little house.

The cops in South Africa—where an average of 58 people are killed per day, putting in the top ten for murder rate in the world—were beyond corrupt. But I was used to the rampant police corruption from my days in Mexico, Brazil and other poor nations. I had quite a few experiences with the South African cops, and most were pretty pleasant, actually, because they realized I was American.

One interaction, in particular, has stuck with me throughout the years, even though I was plastered when it happened. It's hard to remember how many tequila shots I had at the bar that night with some friends, but it was a shitload. After making it about halfway home, I crashed my car into a roundabout.

The front bumper was a total mess, and the rim for one of the wheels was destroyed. But it seemed like the car was still running. Yes!

Fortunately, the super-helpful police showed up and asked me what was going on. I offered them the equivalent of about $100 if they would help me get home and get my busted car back on the road. They literally helped me change the tire and waved me goodbye. We never discussed the fact that I was hammered. By the grace of God, I made it home without killing myself or somebody else that night.

So what's the moral of the story? I don't know that there really is one. As a Christian today, I look back at those days in horror. And yet I recognize that it was that time that led to me being transformed, and eventually helped make me who I am today. Would I do it again? I don't know, actually.

There is one conclusion I can make for sure: God was looking out for me or I wouldn't be here today.