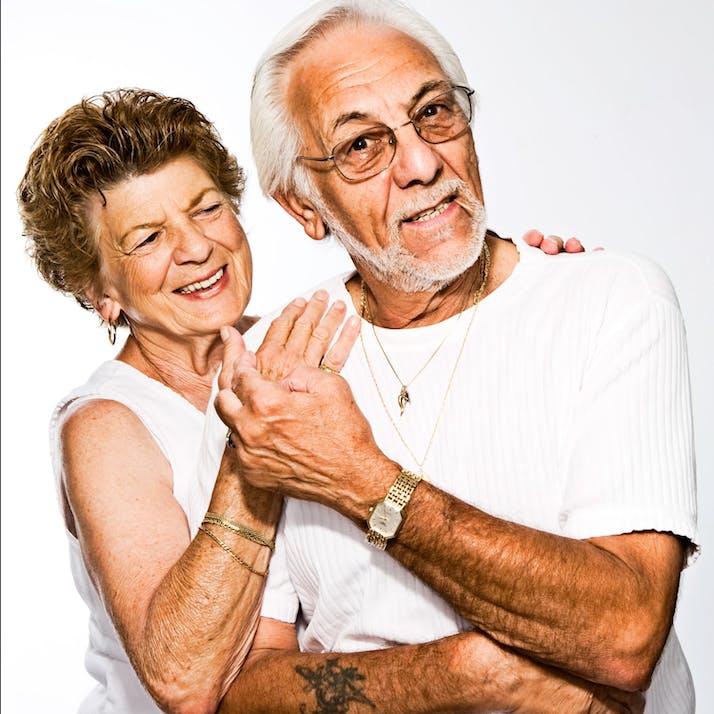 I Was a Teenage Addict Until My Grandmother Rescued Me

She offered care, peace and routine. It turned the author's life around.

The story of how I wound up in rehab for addiction to Adderall and alcohol at 19 starts when I was a high school freshman. Through my first three years of high school, for some reason, college never crossed my mind. My parents never talked about it, no teachers—nobody. My grades became an afterthought. Senior year I made a new best friend who was consumed with getting into a good school, and I became a straight-A student. But by then it was too late. The three previous years of bad grades torpedoed my chances of getting in anywhere.

After graduation, I partied like everyone else. Going to beach week with my friends—it was a blast. Then the summer ended. My friends went away to college and mostly forgot about me. I felt lost, hopeless and low.

I enrolled in community college. In class, I met some girls who, like me, had their own issues that landed them in the community college predicament. We started partying a good amount. I was drinking like a fish and smoking pot while trying to go to school and work. To boot, I was living with my parents, who are heavy drinkers.

My sister, in her senior year of high school, was taking Adderall to treat her ADHD. I told her I had been having trouble focusing, so she let me try one. After feeling so down on myself, getting high felt euphoric. I got hooked. For all of 2010, I was on massive amounts of Adderall, alcohol, weed and even designer drugs.

Finally, I had a manic episode. My parents took me to the hospital. I stayed ten days in the psych ward. A month later I was back. I went to a rehab home with a bunch of other women for about a month. I got out just before Christmas, emotionally fragile and scared. At my grandparents’ house on Christmas morning, my grandmother struck up the idea of me staying with them for a while.

She must have known, as I did, that if I went home I would fall back into a dark place. I told her yes without even thinking twice. I was so relieved. Her generosity would lead to one of the most pivotal times of my life.

“”
Her generosity would lead to one of the most pivotal times of my life.

I Wasn’t the First Person My Grandparents Helped

My grandparents were already known for taking people into their home. My grandfather was in the Air Force, which gave them some means and stability. My grandmother simply had a heart of gold. Together they felt it was their duty to help those in need. They had one biological son before they adopted my mother as a baby, then two more daughters after, all while taking in foster children for various periods of time. Even after my mom and her siblings moved out, my grandparents continued to take in people who needed help getting on their feet.

That they embraced me was no surprise. But in hindsight, I was not an easy case. The previous year had shaken me. Thinking back now, I remember how much their home and their routine did to bring order to my chaotic life.

My room at their place had a huge bed with a view of the sleepy, tree-lined street, and a full bookshelf for me to read through during my stay. Every morning I’d wake up, make a cup of coffee, and join them under the high ceilings of their living room. There, with sunshine pouring in through big windows, my grandparents would sit listening to classical music on low volume while reading The Washington Post.

After breakfast, my grandpa would go to work as a professor, and I’d hang around with my grandmother, a retired librarian who enjoyed the company. She wanted to help me in any way she could. Some mornings I just sat and cried while she listened. Other days I would help her grocery shop, or she would take me to her volunteer gigs. We genuinely made each other’s days more fulfilling. It was the first time I felt completely cared for, genuinely seen.

That safe space helped me learn how to live a stable life. I organized my tasks. I went to drug education classes per my post-rehab instructions, took a few community college classes, went to therapy and did a little babysitting. I had relatives nearby whom I visited. My grandparents let me borrow their extra car to do all that, which was nice. But I also spent a lot of time relaxing and reflecting. Most nights my grandma would make dinner, then we’d all watch the nightly news and a British series like Doc Martin on PBS. I would head to bed to read a bit before dozing off.

I’d never known life could seem so peaceful. It’s not as if I had a terrible childhood, but I realize now I was always stressed. My parents married young. They had me immediately, and then, not even a year later, had my sister. They owned a business and always bickered about money. I grew to be a quiet, introverted kid, and going to school, being around tons of people, wore on me. Between school, home and trying to be social, I never felt able to truly relax. I was forever in fight-or-flight.

My grandmother’s kindness changed all that. I finally had several months of reprieve. The question became: What would I do with it?

“”
I now know how to recover from anything and come back to a grounded space.

With so few distractions, I finally had a clear head to chart my next steps in life. My grandparents showed me that I could have a healthy, successful life despite my past troubles. That optimism let me gather myself. The following summer my sister and I helped to nanny our cousins in London. I came home, soon went away to college, and met my now-fiancé.

Looking back, I see my grandmother helped me dig out from rock bottom. I now know how to recover from anything and come back to a grounded space. My grandparents introduced me to a version of myself I can turn to in tough times.

Two years ago, breast cancer took my grandmother. Before she passed, I sat at her bedside. I held her hand as we reminisced about trips we’d taken together when my sister and I were kids, driving through New England and visiting art museums in D.C. She was always opening our worlds to culture and showing us how to live full lives.

Her kindness was her superpower. And her memory now anchors my happiness. It will for the rest of my life.