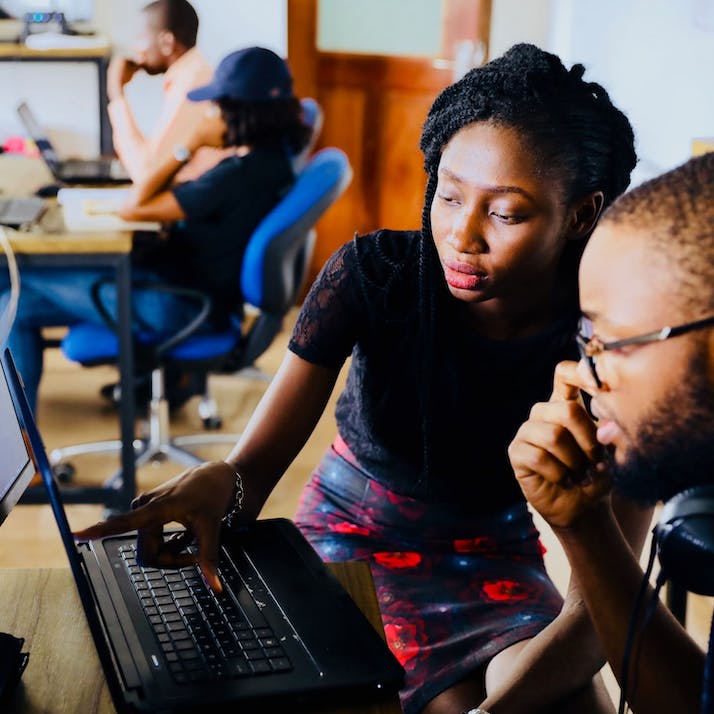 Minorities remain crucially absent at the top and bottom of the tech world, a gatekeeping problem that needs to end.

The world of tech has always felt truly and completely inaccessible to me. As a part of Generation Z, I am seen as all-knowing for simply being able to fix the Wi-Fi. I enjoy the artistic pursuits of things like Adobe Premiere and Photoshop for my personal fascinations and fancies regarding film and photography, but that is about as far as it goes. Not to toot my own horn, but I am a rather intelligent person and could do quite well if I tried, but it is the trying that gets me stuck. This is not to say that I am lazy, but that the idea of a constant barrage of capitalist and patriarchal values inherent to the nature of tech’s entrepreneurial spirit is quite tiring.

Personally, I am a queer person and I identify rather heavily with my experiences as a woman. Both of these aspects of identity showed me how engrained inequality is in our "society" from a very young age. There are plenty of narratives as to why programs like Girls Who Code are important, giving oppressed groups a safe space for innovation, but that world simply did not interest me; possibly, as a result of the aforementioned notion that it would be an uphill battle for my entire career, working however many times as hard and being however many times as good to be valued at a fraction of a male counterpart.

With that said, I have a deep respect for the BIPOC, the women, the LBGTQ+ and generally prosecuted persons who are intent to break down barriers—that they are willing to go through what I am not. As I learn more about the systems in place to destroy our will and enforce the current hierarchy, the more evident it becomes that every single aspect of industry in the West is insidious and that it's much more important to fight intersectionality for equality. Pushing my interests aside, I pursued a few courses at my university to have conversations and broaden the width of my knowledge. I am not naive enough to pretend that I will do anything groundbreaking, but if nothing else, my solidarity and advocacy will hopefully be of some use, as we are nothing if we do not use the platforms we have to help others.

Considering I do not have much personal experience in the field other than my own readings and research, those are the factual accounts to which I will be referring to.

If the average American compares the most well-known faces of technology, like Elon Musk, Mark Zuckerberg, the late Steve Jobs and the target market for the products they invented, they wouldn’t see much difference–all of them are white men. Gatekeeping at the entry level of the tech industry is keeping it from growing to its fullest potential. The erasure of BIPOC as consumers is making the race for innovation unsustainable.

This gatekeeping is an inherent aspect at every level of tech. The lack of diversity at the very top of the hierarchy among tech monoliths is reflected in their consumer base as well. This isn’t to say that there are no minority groups represented somewhere out there, but they have to hop a multitude of barriers to even become a base-level consumer.

New and hyped releases (or “drops”) for new, smart technologies are often quite limited and overpriced. If you follow the major production supply chains, it’s quite clear that they’re charging more than it costs just to pay creators fairly. It’s safe to presume that this is clearly a matter of creating an idea of luxury. With this act alone, the threshold for purchase grows even higher.

“”
The lack of diversity at the very top of the hierarchy among tech monoliths is reflected in their consumer base as well.

The Internet of Things Will Create More Inequality

Now, it is important to acknowledge why the growth of the Internet of Things (IoT) can be beneficial to the average buyer. In basic terms, it allows for greater efficiency in everyday life, freeing up time for the user that they would have otherwise spent vacuuming or picking up groceries. They could pursue money-making ventures, or just use the surplus to take better care of themself, which is nothing to sneeze at.

A main issue is that the average buyer is a white male, the person who statistically already has the most amount of time afforded to them. Buying into new tech grants them even more access to this asset. The old adage “time is money” readily applies.

BIPOC communities have been faced with hundreds of years of oppression. Now that a new industry is taking off, they’re once again being left in the dust. In a society where minority groups still have to  prioritize necessities like food and clothes, the most privileged group in the country gains yet another foothold in a blossoming field of work.

Getting a Job in Tech Means Getting Past the Gatekeepers

It’s not that BIPOC aren’t interested in technology, or that they don’t prioritize it. You just cannot be passionate about something you aren’t exposed to. If a person isn’t afforded access to high-end fashion, then of course they are not going to be interested in something as niche as say a vintage Maison Margiela tabi boot or the influence of Calvin Klein as a powerhouse in the 90s.

To understand this dynamic even further, we could look towards the creation of groups surrounding Women in STEM, where there is clear prejudice to this day. What has for a considerable period of time been considered a man’s field is being forced open by ladies that have had to fight against systemic gatekeeping their entire lives. “Coding for girls” groups are still openly mocked. To this day I have never heard a single one of my engineering friends say that they feel heard among their male peers. There’s even a TikTok trend where women record themselves trying to speak in lectures, only to be repeatedly cut off by men.

Smart technology is becoming another driver of the current resource gap in the United States. Think about the millions of people being cut off from having those extra hours in a day. That could be spent breaking boundaries, using their experiences to manufacture new ideas and widening the vision of an otherwise very narrow-minded industry. By having more access to technology, BIPOC would have more tools to bring them closer to equity.

“”
It’s not that BIPOC aren’t interested in technology, or that they don’t prioritize it.

Automation Is The Next Barrier to Equality

Tech will continue to grow, and it will continue to disenfranchise minorities if certain infrastructure changes are not put into place—not only for advertising products, but to give people work. During his presidential run, Andrew Yang spoke a great deal about the effects automation will have on unemployment. The IoT will give people more time to pursue their interests, but the automation of those daily tasks is the negative side to that same coin. Once again, it all boils down to demographics.

Automation won’t take over all jobs, but those that are eliminated will likely be the same people who are locked out of getting personal smart tech of their own. Once again, it will further the divide not just between what people have, but also what work people can do (or even have available to them). Going forward, as the job market continues to shift, it will be important to increase regulations to control the negative effects of automation, as well as treat the root of the issue in the industry, which is gatekeeping.