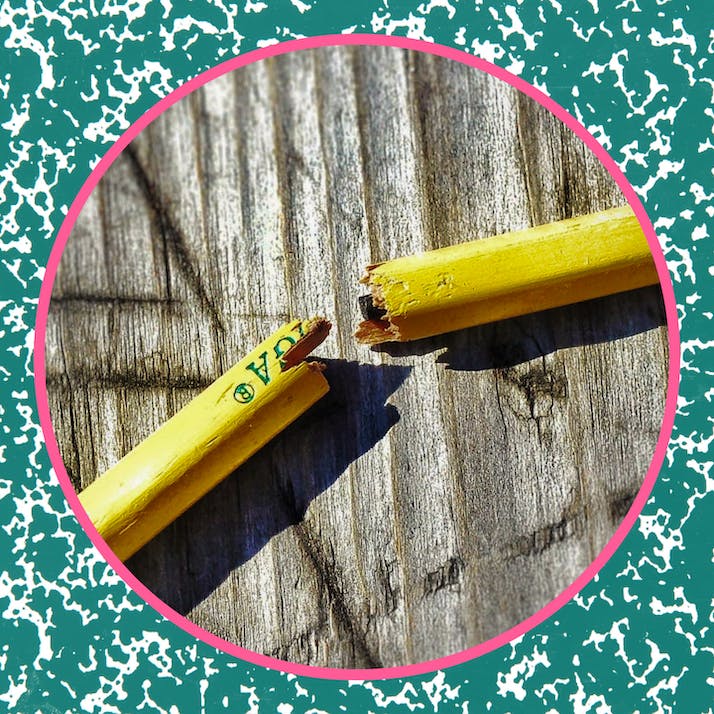 Teachers' Unions Are Necessary: What We Learned at My Daughter's Charter School After a Firing

Teachers' unions are imperative to the education of our children because they offer something administrations alone can’t: stability.

People love to hate teachers’ unions. “They protect lazy teachers! They don’t care about kids! They strike willy-nilly over minor issues, like teacher pay and safety. And when they’re on strike, who is going to teach the students?!”

That’s why, supposedly, charter schools are awesome; they’re not unionized, so teachers can’t strike. They have to be bright-eyed and put their bushy tails to the grindstone or they’re fired.

My daughter attended one of those utopian, under-unionized charter high schools, where the administration set the standard to flood every inch of the school with excellence. But by her senior year, the promise of excellence did not flood. In fact, it oozed like the brown gunk from the broken water fountains. And the only standards met were high levels of misery. With weak unions in place, the administration could do as they wished—ruining the academic year in their wake.

“”
Why would they do that? We all wanted to know but, legally, they were not supposed to discuss it.

The charter school divided its day between academic and art instruction. Academic teachers were unionized, but arts instructors were not and were paid quite poorly. Turnover numbers were brutally high.

Nonetheless, the teachers were dedicated, and my daughter learned a lot in her art program. She also benefited from her teachers’ connections. With the help of her instructors, she was even awarded a prestigious grant to create art.

All the great things about her program were orchestrated by the department head, who was a beacon of light. She was supportive, kind, engaged, accessible and a tireless advocate. She pushed the reluctant administration to open gender-neutral bathrooms for trans kids. She encouraged students to write and perform material that resonated with them, even if it included the occasional curse word. She was adept and appreciated.

But midway through the year, the administration fired her.

Why would they do that? We all wanted to know but, legally, they were not supposed to discuss it. One admin, however, tried to justify the situation to a bunch of angry parents. The best they could come up with was a vague explanation that the department head allowed the students too much creative freedom. How? She let them put on a performance that included a (pretend) exploding penis.

My daughter saw the performance and thought it was pretty funny. The exploding penis didn’t frighten or offend her. Young, creative students at an arts high school should be allowed to talk and laugh about exploding penises! The administration thought differently. Creative input from students was a danger, they decided.

When she was fired, morale sank—and then, it sank some more. Other teachers left. Replacements weren’t qualified to teach the classes. Classroom instruction ground to a halt. Whole days went by when my daughter sat in class with substitutes, doing nothing, learning nothing, watching her life drain away like the sludge from the water fountain (which the administration was also not fixing).

Their abrupt decision to sack a beloved teacher and uproot an entire department was shocking. But if you are a person who has ever worked anywhere, it should have a familiar ring.

“”
There has been pushback at the school. Both parents and students were horrified.

The Art Teachers Voted to Unionize to Protect Their Work Environment

Authority figures in the workplace sometimes treat their staff with arbitrary, callous cruelty. They change things just to change things. They try to manage appearances in an effort to feel like they’re useful, even when putting their two cents in impedes the workflow. A work environment where those at the top can do whatever they want is often one where those at the top do a lot of egregiously foolish things.

Toxic workplaces are bad in and of themselves, but they’re even worse when they’re supposed to be safe and welcoming for students.

My daughter’s charter school is supposed to encourage kids to be creative and model respect for artists and art. Instead, in this last year, students saw every day that their art mentors were paid poorly, overworked and clearly disrespected. Their creativity and expertise were discounted and their ideas and input were trivialized. The administration couldn’t have made it clearer that they saw artists as a barrier and impediment to arts education.

There has been pushback at the school. Both parents and students were horrified. The administration, which somehow hadn’t anticipated retaliation for randomly firing one of the most-loved figures in the school, scrambled. Some key staff was forced out. Many promises were made to parents and students about improved accountability.

But the most important change was that the art teachers voted to unionize.

It’s unclear what will happen with the school going forward. Most of the administrators who ruined my daughter’s senior year are still in place. The teaching staff is still in chaos. Many of my daughters’ favorite instructors may not come back to the school. Rebuilding will probably take years, at least, and the department may well never be what it once was.

Young people need to see that their ideas, their individuality and their labor are valued. Students don’t benefit when the people responsible for teaching them and mentoring them are treated like disposable cogs. A regimented environment, in which those at the top have absolute discretion and those at the bottom live in constant fear, doesn’t build character or creativity.

At the very least, teachers’ unions show students that workers can and should have power and dignity. The presence of a union is not enough in itself to create a strong, healthy school environment, but it's a start.