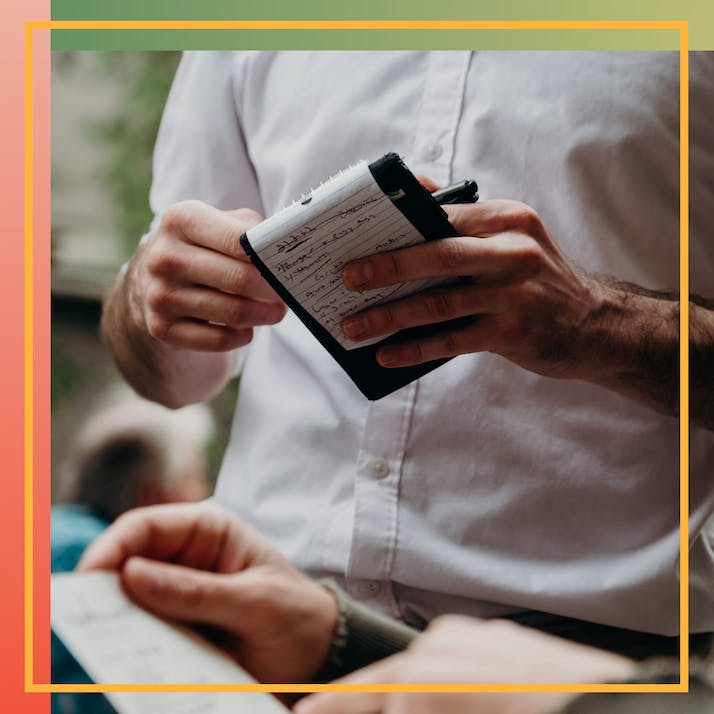 The Tales of Peter: A Battle of Drug Addiction in the Service Industry

Peter changed my life by giving me a job. I'll never forget him.

I never had a job in a restaurant before, and Peter, the general manager, gave me my first shot at what became a tenure of experience with food and beverage. He dedicated his life to this place, so it alarmed me when they owed him thousands of dollars in bounced checks. He would disappear to the bathroom all the time, and he would come back with a sudden burst of energy and literally save the day in our busiest times. I realized it was his battle with opioids that kept him going until the addiction took his life. I didn’t get to thank him for changing mine.

Peter Taught Me Almost Everything I Know About Working in Restaurants

It was a super hot summer day outside, and sweat pierced through the shirt I’d been wearing four hours straight. All morning, I was heading back and forth to all the different boroughs doing interviews. No luck. All the hiring managers gave me was, “We will call you back,” or “You can leave a resume with us on file,” and for me, that just meant fuck off. At this point, I was in an older part of Brooklyn. Rather than having mostly new businesses, this area had places there for years, and most of these places had staff who committed to them. I handed out at least 30 resumes that day. On average, I did that much a week, but today, I popped into tons of new places. I realized I had one more in my bag. Did I feel like going home? Yes. For some reason on my way to the train, I stumbled upon a really nice, upscale, modern place. The doors were 20 feet tall and made of solid cherry oak wood. It seemed as if there were no lights on and they might still be closed. With a leap of faith, I pulled the door and it opened.

I walked inside and it was a quiet, white table cloth, fancy dining room that gave me new American steakhouse vibes. The smell that someone just finished mopping let me know I was not alone. “Maybe it’s too early to see anyone that can help,” I thought to myself. As I turned around and headed toward the door, I heard a voice come from behind the huge bar across the restaurant. This bar sat at least 20 people comfortably. The restaurant's dining room itself could hold about 200 people. As I looked around the bar to see who it was, a middle-aged man popped his head up. His green eyes pierced with concern. His crooked smile greeted me right after.

I was nervous because I remembered the last resume I had in my bag was kind of crushed up and folded. Not the best first impression. I asked him if they were hiring. He said no but would like to see my resume anyways. He came from around the bar. He had some ice he was filling at the bar and placed the bucket on the floor. He took my resume. I wondered to myself how bad he must think I am at this just seeing that I had no experience. He looked me in the eyes and asked, “Can I trust you?” I responded with a, “Yes, OF COURSE SIR!” He told me not to call him sir. It made him feel old. “My name is Peter.” He shook my hand and told me to come in tomorrow.

My joy was through the roof! I left that place and called my girlfriend with so much energy. Finally, the pain and worry of looking for work were finally over! I went to the store and bought clothes to train in. Training was an experience I would never forget. This man knew so much about food and beverage, especially fancy wine and beer I had never even heard of. I took in all the advice and experience he offered me, and within a week, I was officially a part of the team.

“”
The restaurant industry is literally like being in high school.

I Learned Firsthand About Restaurant Politics

The staff was cool. Everyone was pretty young aside from the few people who worked in the kitchen that were over 45. I got along with everyone. The owners, however, came off a little sketchy. They would show up, check the point-of-sale system for sales that day and then order food and leave with bags of money. The police and fire department would show up after getting complaints about noise or overcrowding, and the owners would make the staff lie and say they had not been there. Friends of the owners would never tip you and never pay for their food.

The restaurant industry is literally like being in high school. Nothing but drama and people putting on a show. No one in a service job is completely themselves. You have to put on a certain voice or even maintain a character when dealing with patrons. So it is even worse when it comes to the staff and management. They are all being someone they are not.

I did not take seriously the rumors about Peter. I mean, to me he could never do any wrong. He looked out for me and got me this job. So what if people called him a drug addict? I didn’t see what they meant by that. He was hard working and such a great person.

One day, I opened the restaurant with Peter. It was a slow weekday, so I got to examine how the restaurant ran more than I usually did when I was busy. I noticed that he took a while to come back from the bathroom. And when he did, he seemed a bit out of it for a few minutes and then he’d get this burst of energy.

One day, he was really annoyed and being weird about his check, but I did not know why. I later found out that for weeks, he had not been getting paid. His checks were bouncing. Then I found out that it was common for the owners to hand out checks that would bounce. It was only a few months after I was there that my checks started bouncing too. It was a race to the check-cashing place every week. If you got there too late, the checks bounced and you were broke. A lot of staff quit, but I stayed (I was not going to quit a job that was already hard to find) and so did Peter. I mean, after all, he was the manager, and without him, there would be no restaurant.

A few months passed, and I found out the job let him go because he complained about not being paid. I got a promotion to head server, and I could not even share the good news with Peter. He came in one day hobbling on a broken foot. He said that they let him go and then he got drunk one night and fell down some stairs. He had been depressed because they owed him over four months' pay. The owners told him to come in at 2 p.m. because they were going to try and “resolve” the issue by giving him cash or a new check. By 9 p.m., no owners had shown up to help him. This went on for four days straight. I felt so bad during this process. Walking by the private room he waited in while these owners probably watched the cameras laughing at him. He was so broke. I remember buying him dinner and buying him a few drinks while he waited. He told me I didn’t need to do that, but in my heart, I felt it was the right thing.

“”
Two weeks later, I was told that Peter died from an overdose in his apartment.

I Never Got to Tell Peter That He Changed My Life

After that week of him coming in, the owners never kept in touch with him. They showed up at the restaurant after hours to pick money/food up and leave. Two weeks later, I was told that Peter died from an overdose in his apartment. He had no family here, and they were shipping his body to Ireland. Even as I write this, tears fall from my eyes because Peter and I gave energy and time to a place we could never get back. This industry is only here for you when you are making them money. When you die, they do not care about funeral expenses. He gave his life to this job, and the owners didn’t even have anything nice to say about him. They still owe him a lot of money. I stayed at this job as long as I could, but after a while of my checks bouncing, I felt like it was volunteer work, and I left too.

Peter was misunderstood, and that goes for many people in this world. The drugs he was taking could have been to help his mental health. Maybe they were prescribed to him, or maybe he self-medicated. All I know is the world lost a good man that day. I was able to learn a lot from him that even to this day serves purpose, like wine pairing and how to perform well under pressure. I will always remember the night we had karaoke in the basement of the restaurant, and I surprised him with my renditions of Nirvana and Coldplay. He never knew I could sing, and that made us closer because he sang that night too. That was the first time I saw him with his guard down having fun.

I’m going to miss you, Peter. I want to thank you for taking a chance on me. For letting me into your world. Thank you for showing me that when you think there is no hope, help is around the corner. I wish I could tell you about all the success I got after our encounter. I also wish you were still here so I could let you know life was going to get better. I wish you could see that the shitty restaurant we once loved is now closed because the shady owners had to get rid of it. I hope wherever you are, your spirit is at rest knowing you made that place everything it was and without you, it was a disaster.