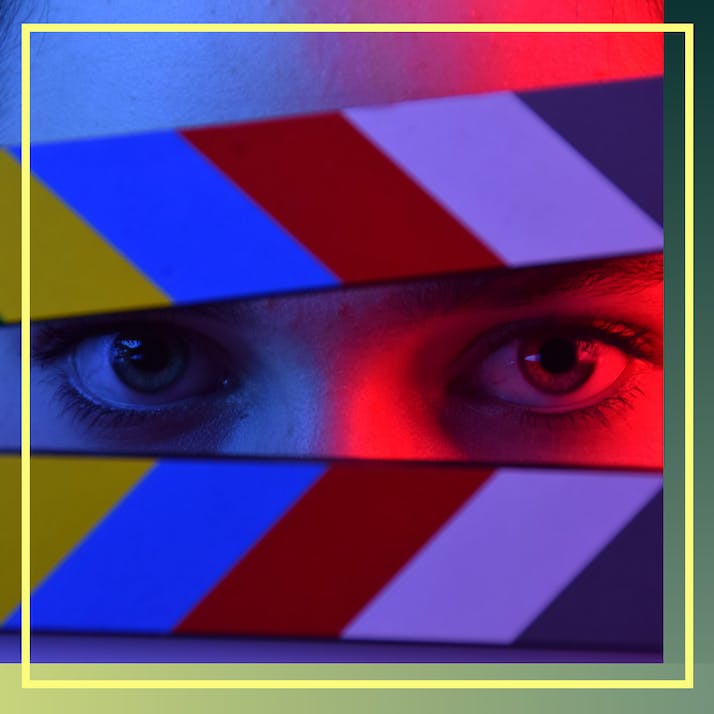 I moved to Hollywood to have it all. My experience was very different than I expected.

Ever since I saw Tiffani Amber Thiessen, Kelly from Saved by the Bell, portray drug-using vixen Valerie on 90210, I knew I wanted to be an actor. Well, back then, I was also a 12-year-old gender-assigned boy watching shows he knew nothing about. So really, I just wanted to be a hot-ass chick who was addicted to sex and drugs. I knew Tiffani was playing a role, but it seemed so real. I started watching TV differently. I started comparing my life to theirs. I would do anything to become one of the elites in the world: a Hollywood starlet.

When I finally got to Los Angeles, I would drive by sets like Warner Bros. and Universal and just dream of how I could get on a movie lot. It all looked so glittery and delicious. Hollywood is the land of dreams and I am here, baby! Let’s tear this city up the way Taylor Swift is chewing up Jake Gyllenhaal!

As an Extra, I Experienced Miserable Set Conditions

Rain is spitting on my umbrella and some is even seeping through. So much for buying a new one. THANKS TARGET! It’s 5:30 a.m. and I am just arriving at base camp where actors, background actors (extras), crew and everyone in between get ready for the shooting day ahead of us. The crew is obviously not prepared for rain. Why would they be? The weather stations were only telling us for a week there was a bomb cyclone hitting the West Coast. Which, if you don’t know what that is, it’s a fucking hurricane!

I digress. Obviously, no one understood the assignment this morning or the higher-ups don’t give a shit about crew or background. I highly suspect option B. The producers and main actors aren’t with us in the rain. They’re in their big, warm trailers where they don’t get wet at all. There are also windows from the trailers, so they just watch all us ants scurry in the storm to get ready to be on camera.

I know what you’re thinking: “You’re acting!” NOPE! I am almost acting. I’m a background actor. You know, the people who are lamps in the distance that you turn off and on when needed. The production assistants (PAs) that take care of background actors are called herders. And we are the cattle. Mooooooooooo!

I bet you’re also gonna ask, “Why didn’t you just leave?” Well, nosey, I asked when the first bucket of water from the one tent we had that was to cover 20-plus background actors splashed on me like a water ride your soon-to-be ex forces you on. One of the PAs begged me to stay while also promising me that we would be done before lunch. The PA wasn’t being nice to me because she liked me but because they literally can’t use anyone else due to COVID-19 protocols and being tested for work.

We get to holding, which is close to the set. Holding is where all background actors wait until the important people need us. We had to take a bus about a mile away from our cars and where we got ready in the morning. I’m just grateful they didn’t make us walk. There are no chairs and no heat in holding, but we are inside. I ask for chairs and they say they’re coming. Two hours later and still no chairs, but the PA keeps insisting they’re coming. I call him a liar, and that is the first time a PA looks at me crazy. And yes, I usually stick up for myself, so I can tell this guy is already having a bad day. Like the rest of us.

Set calms me down a bit because I’m doing what I love and I’m not getting wet. That’s why I came to L.A.: to be around like-minded people to act, write and be freaking merry. It’s also wonderfully warm on set because there’s heat! I’m filming with Aisha Hinds, who I don’t know anything about, but she is the only good thing of the day. Kind and funny and doesn’t seem like the average asshole movie stars that I’m usually around, who are, how do I put it: CUNTS CUNTS CUNTS.

It’s almost lunchtime and we have been on set for nine hours. Because production isn’t keeping us safe from the rain, I’ve had to change my waiter costume not once, not twice but three times due to getting dirty or wet. And the people that care are no one. Why would they? They are all in the same boat as me: underpaid, underappreciated, overworked, underappreciated, never any job security, underappreciated. Honest to god, if every once in a while a producer or director said “good job,” that would be sufficient for me.

We’re filming in a well-known pizzeria off of Hollywood Boulevard, and as we are being released for lunch, there’s a rush to get off of set. Probably because everyone is hangry and over it. I find myself sandwiched between the other waiter and Aisha Hinds. The other waiter asks me if we are done and my response is, “Girl, I don’t have a fucking clue what’s happening.” Aisha lets out an infectious laugh and shares my statement. So typically, no one knows anything except for the producers. We’re all hostages to the powers that be. Aisha talking to me shouldn’t be my best moment of the day. A human talking to another human without needing or wanting anything shouldn’t be the highlight of my day, but this is the time we live in.

Here is where Aisha and I part, though. So many celebs have so much power and they don’t try to help the little people. They knew we were getting ready in a swamp parking lot. They knew it was cold AF outside, and if the main actors are hating their treatment, believe me when I say this: They could NEVER handle what background actors and crew go through.

Now, before some of you veteran actors say you have to pay your dues, well baby, the dues are different in 2021. The world is different after the pandemic. Everything is different, so don’t measure my non-success to your success. And be grateful you got into an industry where you have to be lucky or fuck to get to the top.

So the PA (cow herder) who lied to us about the chairs (we did eventually get them) takes us down the street and to our lunch.

Have you ever heard the phrase “when a bitch breaks”? Well, that happened to me.

As we’re herded into the second pool parking lot, I look at the other waiter and she has a plastic bag that production gave her over her head. Normally, waiting in lines is part of this industry. You just accept it and move on with your life. But as I survey the scene of Ryan Murphy’s 9-1-1, I know this is abuse. Production doesn’t even have umbrellas for crew or background. Let me state too that if we have any symptoms of cold or flu, we can’t work. What do you think happens when it’s cold and rainy?

I look at the scene as I’m at the end of the soup kitchen line. I decide I’m done. Not with just Ryan Murphy’s red-headed stepchild of a show but with all background acting. Before I started background acting nearly four years ago, I ran my own business as a hairstylist. Now I’m waiting in line as if I'm a homeless person on the streets of L.A. waiting for scraps to be thrown to me.

I turn around and walk to a transport bus. I wait and one stops for me. I ask the driver to take me back to base camp and my car. I am very polite. He tells me that no background can go anywhere without someone’s permission. I look at him and say, “I just want to go home; can you just please take me to my car?”

“Listen bro, just go eat lunch and be happy,” the transport guy mansplains to me.

I can’t tell if I’m crying or if it's raining. Both.

There’s an opening with security leading to the street, which then will lead me back to my car a mile away. In the rain. Fuck it—I start the trek. I feel liberated. This is like a movie scene. Waiter costume, leaving in the rain, crying. So much drama!

I get halfway down the street and the same transport comes flying up next to me and the asshole PA from before gets out.

“Where are you going?”

“You can’t leave without my permission.” Very aggressive.

I’m stunned. I have never been talked to like this by anyone other than my parents at this point in life. I’ve also never been stalked by anyone. The transport guy pipes in, trying to get me back into the van and go back to the soup kitchen line.

“What’s your name?” the herder asks me as he takes his phone out.

I laugh and start walking again up the rainy street. Like I give a shit that he’s going to call casting and tattle on me. I can hear the convo now: “We have a rogue background bitch escaping down Hollywood Boulevard; get ‘em!” I scream my name as I’m walking away and I say, “Call whoever you want; I don’t give a fuck.”

Asking my name is the icing on the half-baked cake. I get it; most times on sets, we’re only there for a day, especially doing background acting, so learning new names every day would be such a pain in the ass and super difficult. The annoying thing is they always ask you numerous times what your name is on set and they never memorize it. Suggestion: STOP ASKING! Just call me what my parents used to call me…a mistake. I kid, I kid.

After the cold weather, the rain, no chairs, nowhere to sit and no heat, asking me what my name is, is a kick in the pussy, and I’m not here for it.

“”
Everyone who works in Hollywood is looking out for themselves.

I get back to my car, soaked, and I sit there for a bit. I start to hysterically cry, matching the storm. I took out loans and multiple credit cards to make this dream happen. I dog walk and still do hair on the side so I can come to sets and attempt to make it in Hollywood. And after four years and a pandemic, this is where I’m at. Having a mental breakdown in my car, defeated.

If your dream has always been to be an actor, just know one thing: No one is on your side when you’re a background bitch. And you may say, “But this person is so fantastic,” and, “This person always shows me so much attention.” They don’t care. Everyone who works in Hollywood is looking out for themselves. EVERYONE. If someone is helping you, it’s benefiting them in some way, whether it’s to make them feel better or to make them look better.

Hollywood will pop your cherry and throw you away like Jake did to Taylor.