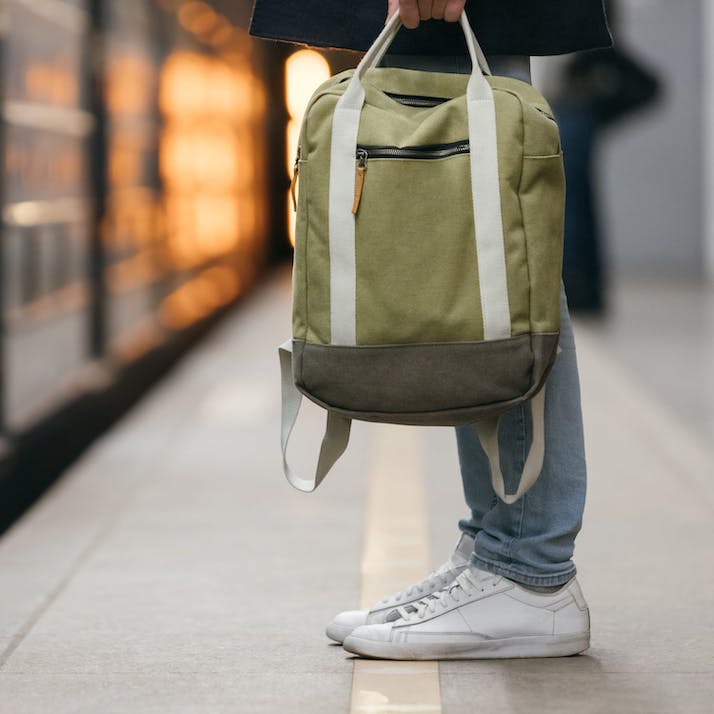 A Craigslist ad, a Bush joke and Good Samaritan saved this writer’s day.

It’s easy to look at our small, COVID-limited world today—surrounded by uncertainty and fear, barraged by messages of negativity—and think, “Are we together, or are we just on our own?”

We are not alone.

My whole life I’ve been both fortunate and lucky. But in life, especially when you are young and naive, you tend to view things solipsistically, only in the context of yourself and your own experiences. The sky feels like it’s falling, even when it’s not.

In November of 2006, I was a bumbling 24-year-old with little money to his name. I had moved to New York City two years earlier after graduating college with a small amount of savings and no plan for the future except to win over a woman I’d spent the last 12 months courting. Back in '04, I had arrived just in time to eat fried chicken and beer alone on the floor of my furniture-less apartment while watching the increasingly depressing results of election night. As the threat of a second term for George W. Bush became an undeniable reality, I got wasted on Pabst.

I’d found a job for $24,000 a year. “Want to wear jeans to work? No Republicans please,” the ad read. I quit after eight months before finding another job that paid me just enough to get by. The woman was another story. It took me two years to quit her after spending so much time convincing her I was the one. By the time it finally happened, in November of 2004, I was just relieved to have “won.” It became clear we weren’t a great fit, but I’d had this realization ten days after signing a lease for our new, one-bedroom apartment. I paid a harsh penalty for my chicken-shittedness. I moved back into my old apartment, where I began sleeping on my couch. Of course, now I had to pay rent for two apartments.

During my hasty retreat to my old apartment, two terrible things happened: 1) I had placed every pair of shoes I owned into a black garbage bag and absentmindedly brought it out to the curb, and 2) I dropped my computer on the stone floor and smashed it. I was shoeless, computer-less, wracked with guilt and had less than $20 in my bank account. I was a nerd. I’d had a computer my whole life and began to despair. How would I survive without one? My new roommate, John, told me that his coworker had a 12-inch 2004 Mac Powerbook that was a few years old, but he wanted $500 for it. I was bummed, but “c’est la vie,” I thought.

Days later, my landlord told me I could pick up my $600 security deposit. I immediately texted my roommate: “John, I got the money! Tell him I want it!” I cashed the check, and the next day went to pick up the laptop at lunch. When I got back to my desk, I marveled at its gleaming gray aluminum. I’d only owned junky, plastic hand-me-down desktops and laptops, and this device was like nothing else. After six weeks of shittiness, I felt excited to be excited again.

I Assumed My Computer Was Lost Forever

The excitement turned out to be short-lived to a humiliating degree. Just hours later, riding the subway home, I wore my normal backpack and carried the computer inside another one. When I walked off the train, I took three steps and suddenly realized with horror I’d forgotten the other backpack. I ran toward the train as the doors closed and saw it lying on the floor where I’d been sitting. I pounded on the glass, but the train took off. I suddenly began running at top speed to the next stop, hoping I could outrun the train. When I got there, however, I sighed, realizing how hopeless that idea was. I didn’t even know the train’s number or which car I’d sat in. I walked back to my apartment, completely overcome with sadness and self-loathing. What would I do now? Why was I always such a complete fucking idiot?

I couldn’t give up. I called the MTA’s Lost and Found hotline, but the woman almost laughed at me when I asked if my computer had been found. “I’m sorry, sir, but things usually take weeks or months before they end up here, if they end up here at all,” she said. I borrowed my roommate’s computer and wrote a “Lost” post on Craigslist, assuming it wouldn’t yield anything. I was despondent. I was a wannabe writer, and a computer was essential to my work. Moreover, I felt so angry at myself for being a careless idiot when I could hardly afford to be a careless idiot.

The next day, I woke up without a response to my ad. Then, at work, I logged in to check my junk email address again when something caught my eye: an email from [email protected] with the subject “Lost and Found on subway.” My heart jumped.

hey, did you lost your powerbook on subway?

you must be freaking out about it right?, but its safe.

I was gonna leave it to the ticket booth, but you know its a

What the hell this is America who knows, they might take it with

them, so I kept it with me.

anyway, sorry I had to take a look inside to get personal info, there was phone # too, but battery was gone when I copying your phone #..

anyway, you might not be able to see this e-mail, but hope you will

see this one soon.

I stood up at my desk and pumped my fists. “Hate U Bush!” I laughed a full belly laugh, doubling over with joy. What beautiful person had done this kind act? The .JP email address and close-but-not-quite English suggested a foreigner, likely from Japan. It was a risky move, actively taking something which wasn’t yours—along with the burden of returning the possession—rather than leaving it up to the hands of fate, or in this case, subway strangers and the MTA. I immediately responded.

Please tell me how we can make this exchange.

Hours passed with no response. In 2006, the pre-iPhone age, only a handful of people had smartphones and hadn’t quite reached the “always on” culture of immediate responsiveness. Still, I began losing my shit. Was he for real? Did he really want to give it back, or was he just fucking with me? Did he plan to extort me? I emailed him again four hours later, identifying the bag’s colors in case he was skeptical, and added, “I am so happy you found it for me and held onto it—I've been so upset since last night and was convinced that I would never see the computer again.”

No response. I went to bed, wondering if my dream had been denied. The next day, at 10:18 a.m., I received another email, suggesting a time and general place to meet. Relief hit. He does intend to give it back! He’s just a guy who doesn’t live on his computer. I responded immediately, waiting another day for him to reply.

Hey ben! how was your day?

it must be sucks without your PC right?

oh, my name is kazuya by the way..

but I have some meeting after that.

that would be nice.

Kazuya! Japanese, indeed! A phone number! It was really happening. And, “It must be sucks without your PC”! That line just burned itself into my brain—an attempt at humor from a non-native speaker trying to lighten the mood. “Must be sucks.” “Must be sucks.”

“”
This man’s random act validated something for me. It reminded me of what happens when we put in the effort.

On Friday, I snuck out of the office to go meet Kazuya. I had googled the name because I wasn’t sure if it was male or female, and wanted to know who to look for. I ran out the front door of my office on 52nd St. between Fifth and Sixth Ave., screaming the lyrics of the classic Ramones song “53 & 3rd” to myself, albeit slightly changed.

I arrived and stood around for five minutes, scanning the crowd for a Japanese man. Finally, we found each other. I can’t actually remember how I knew it was him—I was so adrenalized that everything after leaving the office until meeting him is a blur. He was short and bashful and very shy. As he foisted over the bag, I found myself on the verge of tears and stammered, “Thank you! I can’t believe it. I got you, umm, an iTunes gift card?” He looked at it quizzically but graciously, and then, yes, I actually bowed and scurried away—delighted, relieved and at peace.

My two years in New York had mostly been fun but challenging, and a vast difference from the simple confines of upstate New York, where I'd spent my entire life. In NYC, people relied on each other to get by, but literally seeing strangers help one another wasn’t something I’d experienced much. This man’s random act validated something for me. It reminded me of what happens when we put in the effort.

Kazuya also imprinted two things in my brain, which have stuck with me for the last 14 years.

Whenever George W. Bush’s name was mentioned, I would immediately think, “Yes, Hate U Bush” and whenever something bad, but overcomeable, would happen, I thought to myself, sometimes saying out loud, “Ah, must be sucks!”

And then I smile, knowing maybe it doesn’t have to.