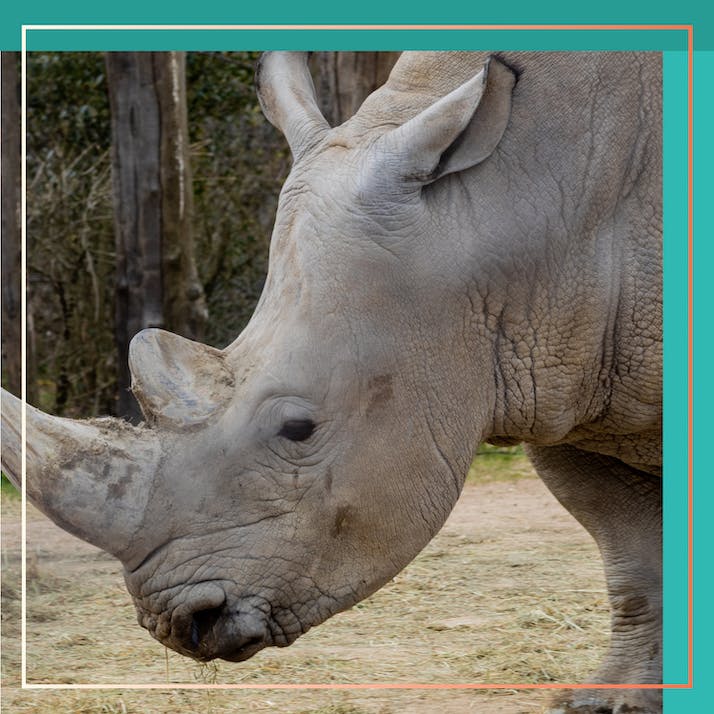 We Must Stop Poachers to Protect Wildlife

Rangers keep getting killed and poachers keep getting tortured. Why do we act surprised? A conservationist says we need to stop pretending that this is anything but a war.

I am on staff at a large intergovernmental organization, working on programs related to stopping the illegal wildlife trade. Right now, I am frustratingly watching the steady decline of biodiversity and the terrifying prospect of losing one million species.

I know how lucky I am that I’ve gotten to see these animals in the flesh, in what is the closest approximation to their natural habitat that is left on the planet. I remember the shock of joy when I spied a zeal of zebras munching on leaves in the distance, or when we saw a herd of elephants following their stately matriarch—all of them deeply unimpressed by our passing caravan.

I wonder if that same privilege will be extended to my infant daughter ten or 20 years from now.

I also know that I’m lucky that I get to dedicate time to thinking about how we can save these species—and how to help improve the livelihoods of the people who surround them. I get paid to work on this. I draw solace from the fact that I can tell my daughter that I tried, that I was on the correct side of the fight.

But the future is for the bold—and right now, we are outmatched by the greed and corruption that enables and emboldens poaching.

“”
Right now, I am frustratingly watching the steady decline of biodiversity and the terrifying prospect of losing one million species.

Poaching Has Increased Because of COVID-19

While most countries are still experiencing some level of lockdown, and even in the absence of ways to transport and with demand on the decline, there is still poaching. Defying basic optimistic hope that wildlife must be flourishing with the absence of humans, poaching is actually on the increase.

There’s even more poaching right now because there are no tourists—the eyes and ears on the ground are absent without travel infrastructure in place. Poaching is not going to stop until we figure out how to deal with the enforcement side of things. But, in most countries, perpetrators have little to fear since there are a lack of adequate laws and sanctions to penalize them.

In Zimbabwe, rangers have marked an increase in snare hunting since the COVID-19 lockdown. Last week, there was the biggest shark fin seizure in Hong Kong history—26 tons were recovered, mostly from endangered species, in shipments from Ecuador.

In the presence of a pandemic, crime lives on. What can we learn from this?

It’s not poverty, it’s greed and neglect. It’s opportunistic criminals. The common thread is lawlessness, not desperation. Combatting crime and corruption is the antidote.

These crimes affecting wildlife and natural resources inflict damage on developing countries that are estimated “to be worth more than $70 billion a year, rob communities of long-term opportunities, fuel corruption and distrust in civil authorities and undermine legitimate natural resource-based businesses.”

The fight to protect endangered species is just that: a fight. And the fight is global, the fight is real and it is dangerous. While this is happening, I have late-night phone calls navigating time zones that scan the globe. We’re dedicating too much time talking around the problem—trying to figure out how to talk around enforcement and how to distance ourselves from the latest scandal of rangers abusing their powers as they fight poaching.

The BuzzFeed article that was posted last year, "WWF Funds Guards Who Have Tortured And Killed People," recognizes that, “Poaching is a billion-dollar industry that terrorizes animals and threatens some species’ very existence.” It also highlights: “Poachers take advantage of regions ravaged by poverty and violence. And the work of forest rangers is indeed perilous: By one 2018 estimate, poachers killed nearly 50 rangers around the world in the previous year.” As recently as late April 2020, twelve rangers were killed in a single incident in the Democratic Republic of the Congo’s Virunga National Park.

A War for the Future of the Environment Is On

If we agree that biodiversity and habitat preservation are important aspects of conservation, we must recognize that there is a war for the future.

As with every war, there will be rights abuses, civilian casualties and collateral damage. If we don’t have the stomach for fortress-style conservation, new models that conserve ecosystems without destroying indigenous societies and traditional uses of land are necessary.

The “fortress model” of exclusionary conservation is not new, it dates back to America’s very first national park: Yellowstone. This exclusion-based system was initially justified by the perceived need to remove indigenous peoples from their ancestral lands to make way for the nascent National Park and its conservation and aesthetic goals.

The geologist-in-charge of the United States Geological and Geographical Survey of the Territories, Ferdinand Hayden, who led the first federally-funded geological survey in the Yellowstone region, wrote glowingly of the value proposition—economic, spiritual, ecological—behind conserving the area. He called for it to be set aside “for the benefit of the people,” and appended a warning about the cost of inaction. “The vandals who are now waiting to enter into this wonder-land,” he wrote. “Will in a single season despoil, beyond recovery, these remarkable curiosities, which have required all the cunning skill of nature thousands of years to prepare.”

Yellowstone’s Act of Dedication, approved in March of 1872, designated the land as “dedicated and set apart as a public park or pleasuring ground for the benefit and enjoyment of the people; and all persons who shall locate, or settle upon, or occupy the same or any part thereof, except as hereinafter provided, shall be considered trespassers and removed there from.”

This explicit mention of traditional (i.e., indigenous) uses of the park as a form of trespassing presaged the park’s occupation by the military in 1886, and operation as a military garrison known as Fort Yellowstone for the next 32 years. The settler-colonial and militaristic origins of this specific variety of conservation efforts are still detectable in the operation of national parks elsewhere in the world, particularly in developing countries.

For many resource-constrained, formerly colonized countries in Africa, South America and Asia, it is still 1872 in terms of conservation policy: removing indigenous peoples from biodiversity hotspots, preventing all traditional uses of ecosystem services in park territories, and fiercely defending park assets from poachers and bush-meat hunters comprise core activities for conservation projects in the developing world.

These citadel-style conservation redoubts have a clearly problematic history within the U.S.; the potential for abuses is manifest when employed in countries with minimal histories of professional military and law enforcement, lesser experience with environmental conservation, greater degrees of poverty and corruption, a long history of extractive uses of park resources (e.g., the bush-meat trade, gathering firewood, hunting and foraging), and more extensive territories still held by indigenous peoples.

Photo by On Demand News

Thus, in addition to the direct and devastating ecological impacts of wildlife and forest crime, there is growing evidence that the corruption that it depends upon—and that it reciprocally enables—feeds a spiral that undermines the rule of law, fosters other criminal activities and fuels insecurity.

In developing countries, indigenous peoples and local communities bordering protected areas are increasingly victims of human rights abuses and violations by rangers. But to see a brutally dismembered carcass, or a baby elephant wailing next to its slaughtered mother, or a brutally constructed snare trap, I understand how these human rights abuses happen. The way these animals are treated is itself an abuse and abrogation of rights. And the surge of rage that I felt with the first clear evidence of poaching I encountered scared me.

The war is on, the war is real, and as we lose ~150 species a day, I face the grim reality that I might not be on the winning side.