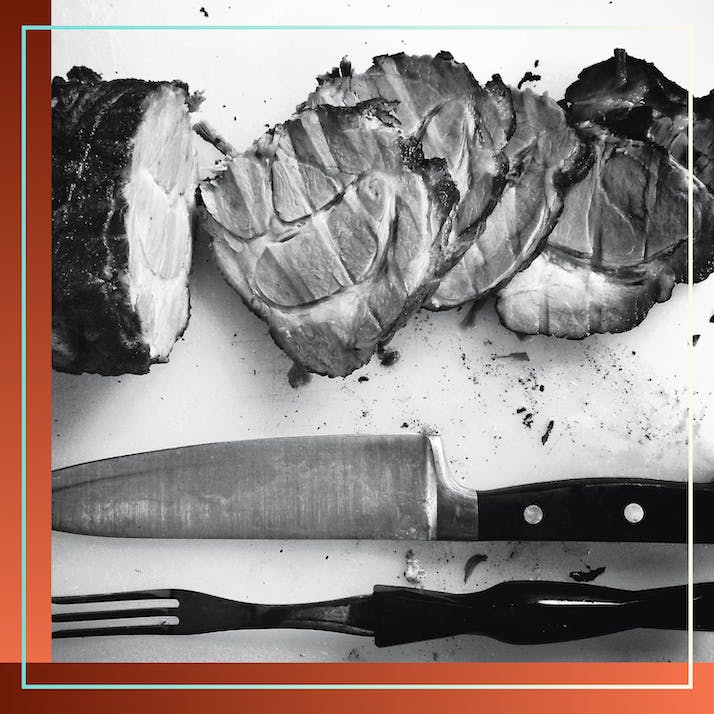 An investigator for PETA in Asia explains his work in slaughterhouses and argues that more diseases like COVID-19 are on the way.

I’d been a vegetarian my whole life. I realized about five years ago there was a disconnect between what I believed and what I was actually doing—and so I went vegan. That began a domino effect—like a lot of people have—with learning about all of this stuff. I wanted to get involved more and do more for a cause that I really valued.

I contacted PETA and asked if I could work as an investigator. I’ve been doing it since 2017. There are lots of stories. I don’t even know where to begin. We have to investigate all sorts of things like entertainment animals, farming animals and the like.

I’m a young guy from the UK and have a pretty normal background. It’s not the sort of thing I ever anticipated doing when I was younger: It’s been a challenge; it’s been rewarding, as well.

I’ve been in a few slaughterhouses: sheep and chickens. They are awful places.

The role changes depending on the place. Whenever I’m doing investigations, I’m working in the jobs that nobody wants. It tends to be really menial, manual labor work. The job that I had in the chicken processing plant was an awful, awful job. It was the point in the plant where the chickens are coming out of the trucks and they have to be hung up onto the moving line, onto the shackles so they can be carried throughout the whole plant.

I’d start in this very small dark room in a line with ten other workers. The whole shift, we picked chickens upside down by their legs and slotted their legs into the shackles. It was really hot, really musty—there was all of this stuff in the air, you couldn’t really breathe properly, and there is all sorts of shit and piss everywhere. The pick rate is insane: You have to pick a chicken up every two seconds. It’s a really stressful, intense work environment and lots of horrible stuff is going on all around you.

Pretty much all the time at the chicken slaughterhouse—and fairly regularly at the other slaughterhouses—illegal activities are taking place.

In the slaughterhouse and the hanging room, things were happening all the time that were just absolutely brutal. We stood in line in this dark room—you can only really see the person to your immediate left or right—against a waist-high metal wall and there’s a wall behind you. Often, someone would pick up a chicken and out of—I don’t know frustration or boredom—would just lift the chicken up and then swing it down so that the chicken’s head slammed into the top of this partition wall. Sometimes they’d turn around and slam the chicken into the wall behind them.

All of this is not allowed. Supposedly if they had been seen doing it, they would have been in serious trouble. There’s a camera just one or two meters away from them at all times with infrared but nothing was enforced.

There was one guy who had a real penchant for pulling chickens' heads off. And quite early on when I was working there, he was trying to impress me or something—I don’t really know. I guess he was frustrated or bored. So he grabbed this chicken that was going by on the line by the head and he wrapped his hand around the neck and then just pulled. The chicken was obviously being carried away by the line, and so the body just stretched and stretched and stretched, and then eventually the neck snapped off and the body sprang back. Then he held this chicken’s head up and put it onto one of his fingers, like a little finger puppet. He waggled it around in front of me, making chicken noises. It was really messed up. This was actually reported to the plant while I was there, anonymously, and they didn’t do anything about it. When I left, he was still there.

“”
There was a guy who had a real penchant for pulling chickens' heads off.

In the sheep slaughterhouses, it’s generally like a poor boy working, cleaning up the floor. There’s blood and shit and guts everywhere and there’s got to be somebody to mop all that up constantly: picking up severed heads, fixing the troughs and sewers and drainage channels.

When I’m doing these jobs, I’m not thinking about the environment: I’m just thinking about the animals and trying to identify issues relating to them. But, the atmosphere in the chicken farms: They’re just so incredibly unnatural, so incredibly beyond anything that really should ever be done. These chicken sheds house ten thousand, thirteen thousand birds in one room. You can’t go into these places without wearing masks and protective clothing. I did on my first day and I was coughing for weeks. All of the ammonia and all of the dust and all of the shit that’s littering the shed, at the end of the season, will be cleared out and washed away somewhere.

I’ve worked on a pig farm and the lagoons of shit that you get on pig farms were just incredible, acres of land devoted to a pool of feces. I gather that it’s diluted down and sprayed on fields. These operations work at such a scale, they work so fast and they produce so much that the abattoir is just washing blood and shit away all the time—just pools of the stuff—and I can’t imagine that stuff is good for the environment.

There’s a Reason People Working in Slaughterhouses Get Sick

People get sick working with animals; those things are inevitable. When I started at that chicken processing plant, I got pink eye within about three days. It was really, really bad. You’re standing in clouds of shit flying around, feathers and dust and all that. You’re bound to get infections. I had a cough at the time so whenever I coughed, my eyes felt like they were going to explode. I can’t imagine how you can work with animals and not anticipate getting sick: When I started that job at the processing plant, all of my colleagues expected me to come down with something. It’s sort of a guaranteed thing. I took a day off because of my eye and they all thought I’d be gone for a week. It’s completely normal.

We know that these things cause disease. If you put thousands and thousands of animals in cramped conditions together, it’s perfect for a virus to develop and spread. And that’s why it doesn’t exist in nature. It’s no surprise and it’s just shocking that nothing is really being done. There’s no change being instigated. As far as I understand it, the pig and poultry farms are the worst violators because of the conditions and the way that a virus can spread quite quickly there.

All of this industrial animal farming is, as far as I’m concerned, the main culprit for the spread of disease. And not to mention, the use of antibiotics on the farms. I saw everyone coming down with viruses all the time. I think this sort of pandemic we’re experiencing now with coronavirus is going to happen again.

Being on the front lines of it, it’s impossible not to see the only way of avoiding all of these issues that pop up with factory farming is to just stop buying the things they are producing. I want everyone to go vegan, and to stop eating animals and buying animal products. So much pain will be prevented.