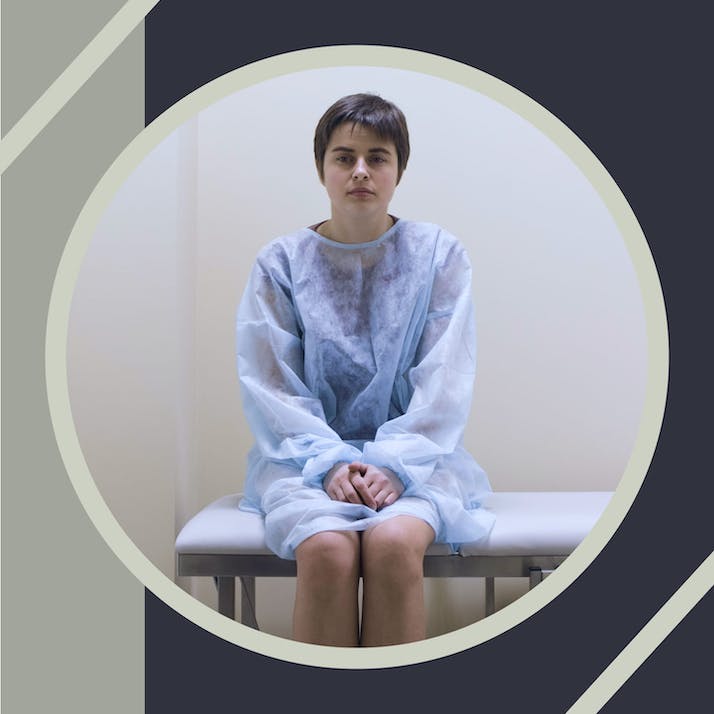 I Was Staunchly Pro-Choice. I Was Shocked When My Abortion Was Devastating

I had an abortion, then post-abortion regret, then baby fever. It made me realize that perhaps we pro-choicers were doing it wrong.

When I was 28, I had an abortion at eight weeks pregnant. It was going smoothly. When the doctor at the Santa Cruz, California, Planned Parenthood said, “Now just isn’t the right time for this spirit to come to Earth,” I shrugged in response, feeling uncomfortable. She seemed to be trying to comfort me.

I’d always defended the right to abortion with a “no big deal” attitude—having an abortion wasn’t anything other than a safe medical procedure. This abortion was no different. It was the logical choice given my rocky romantic relationship. I didn’t think of the embryo as a human life. And I had no second thoughts based on how the abortion would impact me in the future. In other words, the idea that abortion was “no big deal” wasn’t just a political stance—it was something I believed through and through.

I projected this view onto others too. I sincerely thought that no one, save for those indoctrinated by religious, pro-life values, had any reason to experience complicated emotions around abortion. When the young woman next to me in the recovery area of Planned Parenthood was gushing tears, I silently judged her. Why would she be upset about terminating an unplanned pregnancy? If she decided she wanted a baby, then she could have one later—once she’d thought it through a bit more. But an unplanned pregnancy would ruin her life. Buck up, dear girl!

I Suffered From Post-Abortion Stress Syndrome

That’s where I stood before things got weird and my world turned upside down. About one year after the abortion, I went from my normal, friendly, punk-rock self to having bouts of extreme jealousy of pregnant women and women with children. I seethed at baby strollers. I also despaired that I was likely infertile (with no evidence to support this), and I suddenly felt the need to name the baby I’d lost—the one who used to be “a ball of cells.” In fact, I couldn’t think about anything but this baby. Months into this surreal turn, I learned these feelings might all be grouped under something called post-abortion stress syndrome, or PASS, for short.

I had never even heard of PASS before I started feeling this way. I thought I might be losing my mind until I found a non-religious, apolitical support community of women online who had experienced PASS. But my experience with PASS, and in the PASS support group, turned my world upside down in another way, too. I now had to believe that abortion could have an emotional, or perhaps even biopsychological, impact on at least some women. Because I was one of them. And, thus, my "no big deal" dogma began to crumble.

As part of my experience of PASS, I had something we in the support group called “replacement baby syndrome.” I. Just. Needed. A. Baby. It would be like bringing my lost baby back to life. In fact, I wanted this baby so much that I could no longer picture using any birth control more premeditated than a condom. My last relationship had ended, and while I didn’t want to mingle bodily fluids with just any guy I slept with, I also didn’t want to make 100 percent certain that pregnancy didn’t happen. What if my date and I decided to procreate in the heat of the moment? The best way to leave that door open was to avoid highly effective, long-term birth control options like an IUD.

Planned Parenthood Made Me Feel Excluded in My Path to Motherhood

My resistance to formal birth control is how I found myself, at age 29, arguing with my Planned Parenthood physician. I had moved to Oakland, California, and taken the train north to the clinic.

“So, it says here you are not using a regular birth control method,” she said. “We should talk about that.”

“I don’t want to talk about it. I’m almost 30 years old, and I want to be a mother. I wrote that on my intake form,” I replied.

“Well, being a parent is harder than you think,” said the young doctor.

“I don’t care if it’s hard,” I’d said. That’s when the tears began brimming. “You’re just saying this because I’m single and working class. You don’t think I should have a baby in my position. I told you before, I don’t want to talk about birth control. I came in for a pelvic exam!”

I burst into tears, asked her to leave and proceeded to hyperventilate alone in the exam room.

I know that plenty of Planned Parenthood doctors would have respected my wishes to focus only on the health of my vagina during the exam and not my reproductive capacities. Perhaps some would have given me information about local fertility clinics or “single mom by choice” groups so I could pursue parenthood safely. Others might have recognized that I wasn’t in a great emotional place to have a baby but might have referred me for therapy to discuss my options.

But that isn’t what happened, and I was starting to feel that there was no place for me in the pro-choice movement anymore. I began regularly venting to my friends about the eugenic history of Planned Parenthood and the failures of the movement to acknowledge PASS or accept unconventional paths toward parenthood.

Eleven years later, I no longer have PASS—mourning for my loss is now a distant memory. My frustrations with Planned Parenthood have long since been outweighed by the essential services they provide. I actually did end up becoming a single mom by choice. And the way I used to judge others’ reproductive choices now makes me cringe—I’ve come a long way.

Yet I’m still frustrated with where we are as a pro-choice movement. For instance, we still don’t focus enough on the ways in which choices to reproduce are affected by financial situation, racism, transphobia and relationship status. We still seem to assume that PASS is a syndrome made up by pro-lifers. And we send around social media posts that defend abortion rights by emphasizing that abortion is integrally difficult for the woman involved, as if her suffering makes her motives pure. In short, pro-choice seems to be equal parts narrowly defined (the choice is about abortion rather than reproductive rights generally) and all over the place (PASS is not real; abortions are always hard).

There’s no perfect moment in history to critique the pro-choice movement. We seem caught in an eternal battle over who gets the power of choice. And the outcomes of each battle fought are weighty: They stand to impact the mental and physical health and the life courses of roughly half the population. If you do believe an embryo or fetus is a life—and many in the United States do—then we are also hashing out whether or not everyday women, including homeless women, teenagers and others, are allowed to become custodians over life and death.

Being pro-option means listening to the vast range of reproductive experiences teeming around us. Being pro-option opens up new avenues of support to women and people of all genders, whatever their background or desires or constraints. And for this reason, a pro-option movement might just grow stronger than the movements that came before it.