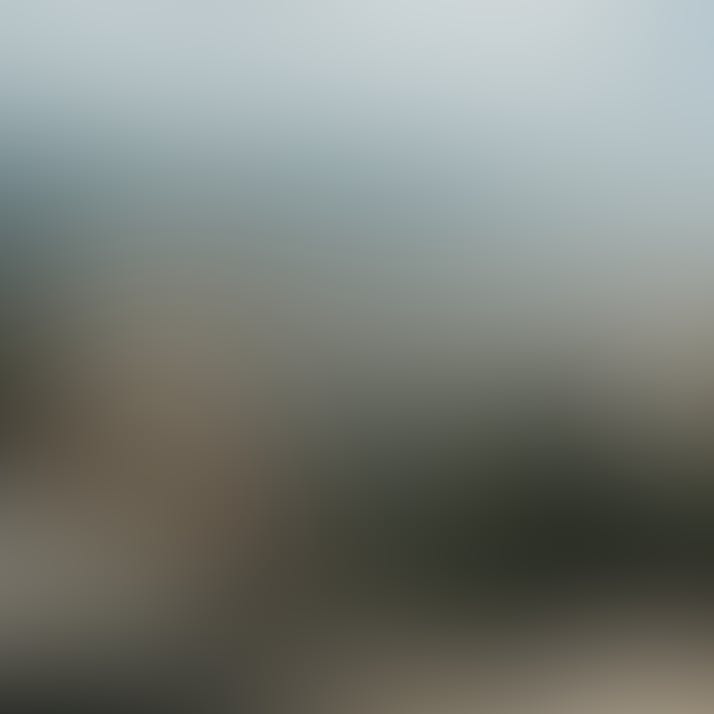 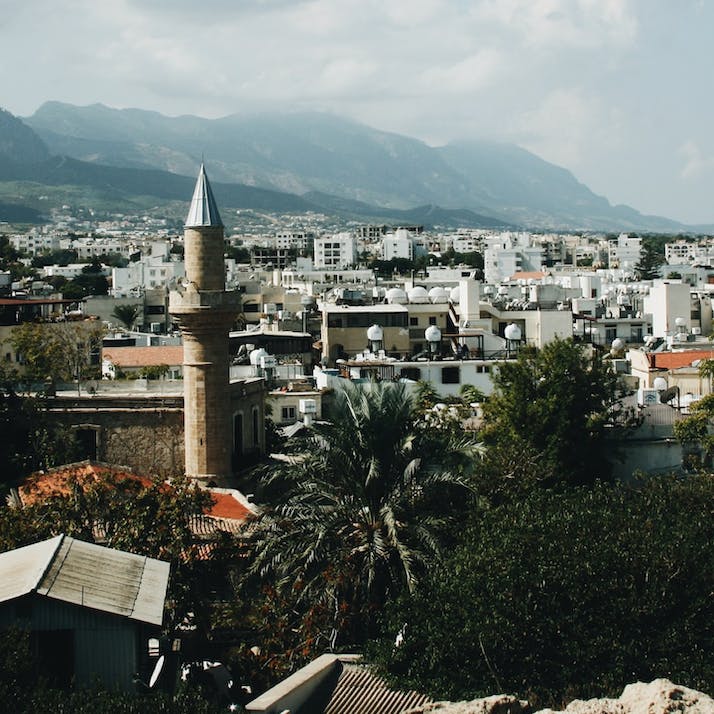 Locked Down in Northern Cyprus: I Spent a COVID Summer in a Country That Doesn’t Exist

Welcome to a strange world.

It was late summer 2020. I had been planning to go to China for work but that’d been on hold since February when the virus hit. My tenancy in Leeds, where I’d been living, had expired, and I was hesitant to go back to my parents’ house due to fears I’d infect them with the virus.

That’s when one of my best friends from university, Ms. O, who’s from Cyprus, called. She offered me the opportunity to go and stay with her. It was a little complicated, though, as she was from Northern Cyprus, which isn’t actually a country—or is, depending on who you ask. At the time of this writing, only one country in the world, Turkey, recognizes Northern Cyprus. I booked my flight from Stansted for an incredible £8, and I was off to Ercan International via Istanbul.

My Arrival Was a Rude Awakening

The word was spoken as an instruction, not a request.

Passport? I asked. I had already cleared two sets of security. I was trying to exit the airport in Cyprus. What did they need my passport for?

“You get it back after quarantine.”

In the ecstasy of arranging my plan, I hadn’t checked Cyprus’ quarantine requirements. I was bundled onto a bus and taken to a not-so-local hotel. On arrival, I pretended I smoked 40 cigarettes a day to be assured of a balcony. At least I wouldn’t be confined inside during the upcoming week.

It took 29 hours for me to get the first meal I ordered when I arrived. Only one woman in room service could speak English, so if she wasn’t working, I wasn’t getting anything. The first night, the assigned meal was cold rice and dry beef. I decided I couldn’t wait 29 hours again if I needed something. Meals were delivered outside each person’s room and left on a small white table beside the door, after which a knock would instruct you to collect your dinner. However, an hour before the knock, a separate hotel worker would come around and leave bread and water.

I sat by my door, listening for the first worker. When the bread and water had been delivered, I opened the door and decided I was going to rob everyone else’s. I shouldn’t have, but I was starving and thirsty, and so I did. An hour later, when we all stepped out to get our food, I scratched my head and tutted with the rest of them. Seven days I spent in that hotel room alone. I started to go a little mad. I read everything I could and wrote everything I could think of. For hours, I sat on the balcony and made a mental note to ask Ms. O why the buildings in the distance all looked like they were half-finished.

I was finally released after seven days and a PCR test. I felt my mood lifting with every mile I put between myself and that awful hotel. We drove for about an hour to Kyrenia. Upon arrival at Ms. O’s family home, she asked me if I wanted to stay in the apartment or the villa in the private compound where it turned out she lived.

“Pardon?” I asked, not understanding what she was offering.

“The apartment or the villa,” she replied cheerfully. “We have both.”

“The villa,'' I said enthusiastically.

“And do you want the BMW or the Mercedes?”

Again, I could only offer a pardon as my response.

“You’ll need a car whilst you’re here. Which do you want?”

“The Mercedes?” I asked cautiously.

“No problem.” And that was that.

A villa and a Mercedes! I was suddenly a long way from my houseshare in Leeds. I smugly settled into a private smile and relished my own damn good luck.

“”
Seven days I spent in that hotel room alone. I started to go a little mad.

My Hosts Were Part of the Island’s History

I had known Ms. O wasn’t exactly living hand to mouth, but I didn’t know she maintained this kind of lifestyle back home. It turns out her grandfather was heavily involved in the birth of this new “nation” and well connected as a result. I was soon to find out just how well connected.

A photo hung on the wall of an old woman, lighter in hand, attempting to help another elderly lady to ignite her cigarette.

“Are those your grandmas?”

“One is,” Ms. O replied “The other, that’s actually Princess Margaret.”

That evening, like so many others that summer, we sat outside on the patio and ate the most delicious Turkish cuisine. Ms. O and her family all wore jumpers. This was cold for them, while I could have sat quite comfortably in just my swimming trunks. I noted aloud how good the food was, and everyone laughed and rolled their eyes. Cyprus is famous for its halloumi, and they had joined the EU to trade more. However, once in, their halloumi was judged too salty for EU standards, and now it's trapped on the island behind a ring of red tape like so many other elements of Northern Cyprus.

I became more interested in the story behind Northern Cyprus. Only one country recognizes the country, and the UN classes it as an illegal occupation. Now though, I sat on the patio and listened to Ms. O’s father Mr. O’s stories. I have to put it on record that he is as fine a storyteller as any I have ever met. In between making me cry with laughter, he simply and succinctly painted me a picture of the history of this resilient island and its Turkish community.

I would go on to read more about the stories he told me to see if they checked out, and to my great shame, they did. The shame I felt was that of belonging to Britain, which did everything it could to make nationhood an unachievable position for the people here, condemning them to be trapped in limbo for decades to come. With no initiative, incentive or reason to come to a resolution, the UN-enforced Green Line separating the country shows no sign of being altered any time soon.

Mr. O had made his point this particular evening. An accomplished storyteller, he was quick to detect the saddened tone in the air and shift the conversation in another direction. Soon, a tale was being told about a football trip he’d been invited to in Istanbul some 15 years earlier. My ears pricked up at the mention of the event. Liverpool’s famous Champions League final happened in 2005 in the very same city.

“In all honesty, I could barely remember,” he said. He confessed that he’d had a little too much to drink. He did, however, manage to get his hands on a winner’s medal as a souvenir. One of the players had even scribbled their autograph across it. He produced it from a drawer in the house and, after matching the signature on Google, I could only sit there amazed at the conclusion that this medal had been signed by Steven Gerrard himself! (For those readers not familiar with football, this is like having the Shroud of Turin handed to you with Jesus Christ’s autograph blazed across it.)

“”
I smugly settled into a private smile and relished my own damn good luck.

My original plan had been to stay in Cyprus for ten days, but as time passed, there became increasingly less reason to leave. China entered a new stage of lockdown, which made my arrival in Shanghai less and less likely, meaning there was only a miserable English autumn that I was trying to avoid returning to. Two weeks into my stay, the opportunity of a lifetime presented itself. Remember those buildings I had seen from my hotel? Well, they weren’t half-up, but half-down. During the division of the island in 1974, the former seaside tourist town of Varosha was abandoned virtually overnight under a hail of gunfire and fighting as the Greeks and the Turks wrestled for control. The city had been closed to all members of the public for 46 years. Today, however, they were opening it up to visitors for the first time.

And off we went. Ms. O, Mr. O and I entered Famagusta, some of the first people to go inside for 46 years. Given that most of the world was in some stage of lockdown by this point, I’m almost certain I was the first British person to go there.

The gateway to Varosha was lined with police. They smiled as we arrived, but the atmosphere felt tense. The guards checked our passports and gestured for us to go inside. As we walked through the streets, we were guided down certain paths by police ticker tape cordoning off sections in which the public are allowed to walk. The buildings were houses and shops, some still with pinball machines, plates and glasses still inside.

Mr. O was a soldier in the army, and I wondered how he felt walking the streets his comrades had fought for. Did the bullet holes left in the crumbling buildings prompt the sound of gunfire in his mind? Ms. O helped with the UN/Red Cross mission to track down bodies still lost on the island. The town we were in had long since been abandoned, but the shadow the fighting cast over the island still looms large in the lives of the people here. It’s impossible to detach what was then from what is now. On the way home, we stopped at a shop. Ms. O and her father went in to get supplies while I waited in the car. Mr. O’s phone rang incessantly. I saw the same number ringing over and over. I’ll answer, I thought, and explain the situation. The next time it rang, I swiped to accept.

A voice came back, speaking loudly and quickly in Turkish.

“Tell him it’s the president and to answer his phone when I ring!”

I relayed the conversation to the O’s once they were back in the car. “Is that the president of your company?” I asked Mr. O.

Ms. O and Mr. O smiled at each other.

No, no, no, they explained. That is the president.

Turkish Hospitality Will Make Memories for a Lifetime

The late summer I’d borrowed from the Mediterranean rolled on and on. I went to coffee houses, learned local board games and met some truly wonderful people. Eventually, though, the time to return home drew near. China’s borders had closed indefinitely, and there were suggestions that new arrivals back home could face quarantine measures. As much as I was enjoying myself, avoiding locked-up isolation had been my main factor in coming to the island, so now it seemed appropriate enough a reason to leave.

However, looking back now, I can still see in my head the beautiful views from that monastery over the rolling hills of Kyrenia. I can still smell the petunias in the garden, still taste the un-importable halloumi, still feel the warmth of the people I met there. I still feel gratitude for the famous Turkish hospitality extended to me, and I still remember the summer I spent in a country that doesn’t exist.

On the RecordAdventure | Going Places