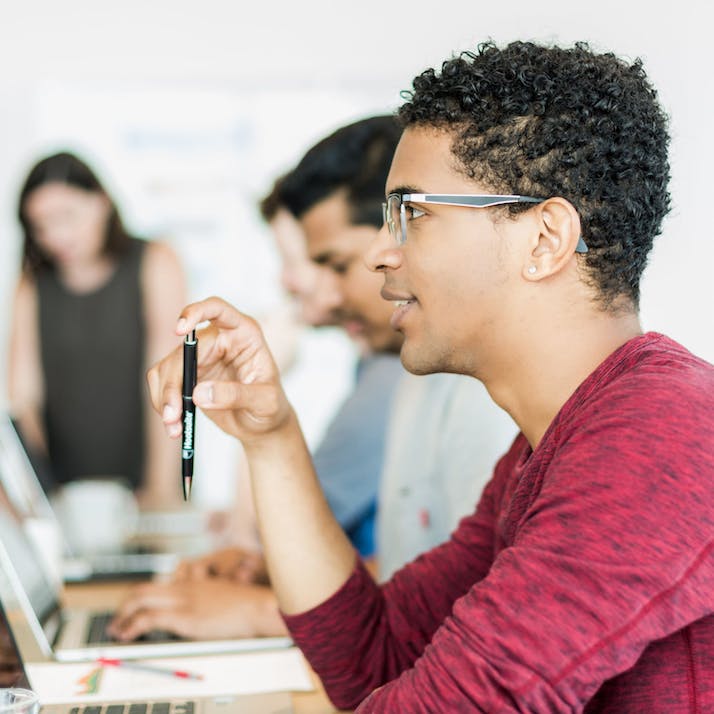 An Ivy League student reflects on attending an environmental panel at the Aspen Ideas Festival, and his attempt to speak truth to power.

It was a nice sunny day in Aspen and the first day of the Aspen Ideas Festival. I’d been invited through the Ideas Scholars program, which provides free festival tickets to “a diverse group of global leaders who are selected for their work, accomplishments, and ability to transform ideas into action.” At the time, I was a master’s student and on the Environmental Film Festival team at Yale. My guess is that my invite had something to do with those four letters: Y-A-L-E.

That next night, I found myself alone in the luxury suite of a hotel. The space was far too big for me, and I thought for a second maybe that’s why rich men are always filling their homes with women and parties and shit because, otherwise, the cavernous-ness of wealth would constantly be whispering. I sat on the king-sized bed and looked at the fake fireplace that burned the decomposing fossils slowly ruining the planet and wished they’d have just paid me the cash for however much this room cost and I could go sleep in my car again. It’d help a lot with rent. I snapped back when my phone buzzed. There was an email from some folks at The Atlantic.

"The Atlantic requests the pleasure of your company for a private breakfast and discussion. “What policies will drive meaningful action on climate change?” Underwritten by ExxonMobile".

“”
I think that basically nobody cares about climate change.

The Festival Headquarters Was an Anachronistic Fantasy

A few days later, I found myself struggling out of bed, hungover, but with just enough time to get to the hotel to talk to whomever about environmental meaningfulness.

Walking into Hotel Jerome in Aspen is like being transported into a 1912 campaign rally for the Bull Moose Party, which gave us both meaningful conservation policies and meaningful eugenics policies—and thus, our National Parks and the Holocaust. Inside, it is artificially dark, suggesting some time before the lightbulb, and the walls are strewn with the heads of dead animals and the portraits of dead white men dressed in military regalia and American flags. The furniture is all built from some combination of the flesh of dead trees and the fur of dead animals.

In every act of its public persona, Hotel Jerome hints nostalgically toward a time when the relationship between man and nature was intimate and ruggedly reciprocal. And yet, in reality, it’s a celebration of a time when the rich, white men in portraits traveled West to places like Aspen to nostalgically “LARP” a frontier-era that never existed. The real frontier was horrific, no place for blue-blooded, sport-hunting Ivy Leaguers. Which makes Jerome a confused place today.

And so, there I was, in the lobby of Hotel Jerome at 7 a.m., when the next generation of white male Ivy Leaguers with invites from some of the world’s most powerful would gather to discuss the unchanging, abusive relationship between man and nature. I was standing there in the unrealistic darkness, in my Western-patterned button-down shirt, when a white woman in a white dress walked up to me.

“Are you looking for the breakfast?”

As she led me through a labyrinth of hallways deeper into Jerome, we chatted. She was nice, about my age and had the graceful professionalism of someone working 60-hour weeks in Manhattan and seeing a therapist.

The Wheeler Room in Hotel Jerome is as ridiculous as the rest of it. Everything’s white. Lacy drapes adorning 20-foot tall windows drift in the breeze and morning light. And in the middle is one gigantic table built for 30. If the rest of Jerome is a shrine to some imagined masculine earthliness and death, the Wheeler Room is a temple for the heavenly feminine, a place for more atmospheric or aspirational conversations.

As I got there, people in suits were already sitting down at their assigned seats, backslapping and laughing in a way that suggested, “This is just like the old college days, eh?” I quickly found my name card and sat down. To my right was a reporter for Axios, who was frantically and only half-secretly scrolling to her voice memos app beneath the table. Record.

The editor of The Atlantic seemed to be in charge. He was bald, kind and introduced the gathering with something like, “Here we are in the beautiful Wheeler Room in Hotel Jerome in Aspen, Colorado. Look at this group! Exxon Executives, McKinsey Partners, and even academics from Brookings to Harvard to Yale! In today’s session, we will be trying to answer the question: What policies will drive meaningful action on climate change?”

The Environmental Discussion Focused Only on Nuclear Energy

After some more hopeful remarks and a casual bite of food that went down in a way that you know he didn’t taste because he was too nervous, he began. Here’s a brief, remembered transcript of the meeting:

Atlantic Editor, to an Exxon Executive: You’re in charge of environmental policy at ExxonMobile. How have y’all been thinking about policies that will lead to meaningful action on climate change?

Exxon Executive: Well, I know this sounds crazy but we think that nuclear energy is the future.

Someone Else: Yes, I totally agree.

National Geographic Editor: Why are people so afraid of nuclear?

Brookings Fellow: I know, I don’t get it! It’s so good.

Chevron Advisor: I mean, yeah, it won’t work forever, but as a transitional source?

Former USDA Undersecretary: If only we didn’t live in a democracy we could just like, do nuclear everywhere without anyone stopping us.

Axios Reporter: I mean, do we live in a democracy?

Atlantic Editor, speaking to me: You’re the director of an environmental film festival, why don’t you tell all of these people what “meaningful” environmental storytelling is to you.

Me: [Having just shoveled too many eggs into my mouth] Well, I think that basically nobody cares about climate change.

[The room falls silent. One food server falls wide-eyed as he pours more coffee for the editor-in-chief of National Geographic. The woman in the white dress gasps audibly and covers her mouth with her right hand.]

Me: Or at least…well, let me start over.

[I think for a moment and look across the table at The Atlantic editor, who knows what I’m thinking and agrees. There is a serene moment when the editor and I stare at each other. The editor sees I’m finally realizing that the people in power are not up to the task of addressing our deteriorating environment. For generations, this has been true and nobody talks about it. The editor watches as I struggle to say something that would change the conventional minds of the table. For a moment, the editor regrets asking the question and putting me on the spot. For years, I will wonder why I was invited to this event in the first place, and the answer might be that sometimes the editors at places such as The Atlantic like to bring in young “global leaders” into white rooms in the back of hotels in Aspen over breakfast to show them what we’re really dealing with.]

Me: [Having fully cleared his mouth of eggs] I mean, in practice, we’re all climate deniers. The question of what is “meaningful” has nothing to do with solving the material problem of carbon in the atmosphere. It has to do with whether our collective efforts and public policies align with huge mythical narratives of what we imagine as the good life. I mean, for me, any policies that incentivize the reassessing of cultural values in order to better respect nonhuman life on this planet—and push the public to feel more accountability and kinship with future generations of humans—would qualify as meaningful action.

Exxon Executive: I mean, yeah, it might be important to think about why people don’t like nuclear.

Brookings Fellow: Yeah because, I mean, nuclear is awesome. It’s our only chance.

“”
I kindly excused myself from her presence, quietly threw up in a nearby garden, started crying and called my mom.

Our Globalized Economy Is Heading Toward an Iceberg

When I escaped Hotel Jerome and made it back out into the morning light, Aspen was just waking up and I felt like I wanted to punch someone. I turned to my right and there on the sidewalk was the only female chief art critic in the history of The New York Times. I didn’t punch her but wanted to.

“So what’s the deal with climate change art? Who’s making the best work?”

“Uh, I don’t know. I haven’t really thought about that. People mostly just make art about identity these days, you know? But yeah, I’m not sure. I’d have to think about it…sorry, it’s early. I haven’t had coffee yet.”

I’m not sure if it was the hangover or eggs or the portraits of old men or animal heads on the walls in Jerome. Or maybe it was just the simple experiential fact that we are sailing the Titanic of a globalized interconnected economy toward an iceberg with no one behind the wheel. But I kindly excused myself from Helen’s presence, quietly threw up in a nearby garden, started crying and called my mom.