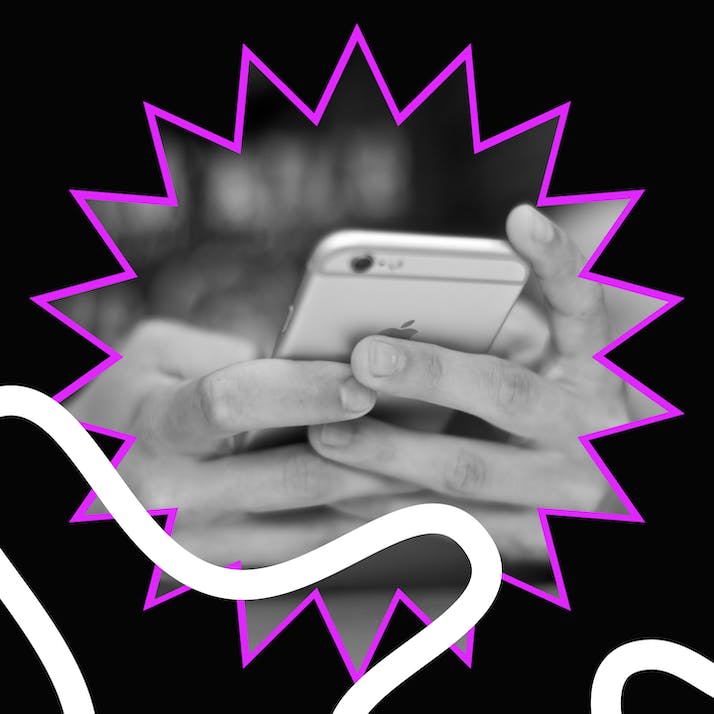 Throughout lockdown, I got stuck into a loop of scrolling that distorted my worldview and self-worth. Then I flipped a switch.

My social media apps were nothing more than a distraction for me. I used to come back home from college, open up my Instagram and then scroll away the negativity and stress I had gathered during the day. I looked up things that fascinated me: dresses, food, cooking videos, celebrities, the usual stuff. I wasn’t really consuming all that information for any specific purpose, and so I wasn’t really gaining anything from that either.

But when the pandemic began in early 2020, and we isolated ourselves from the outer world, my only link to it came via social media. The apps gave me a semblance of a connection with my friends and the latest news on what was going on outside. And because of this, it became harder to pull myself away from all the scrolling, especially with all the free time I had on my hands. It was like I was glued to my cellphone.

It wasn’t long before all that screen time began to have adverse effects. It's clearly common social media culture to show only the best part of one’s life and everyone, from my closest friends to the most famous celebrities, was doing this. I contrasted people’s posts with my own life.

“”
What I saw on social media always seemed better than what my own life had to offer me.

It became increasingly difficult to look at posts showing people making the most of their time in isolation. Someone was going through loads of books. Another person was trying out amazing recipes in the kitchen. Another was doing movie marathons with their family. Another had opened an online small business which had really taken off.

I could do all that stuff, too, and I did some of it. But, somehow, what I saw on social media always seemed better than what my own life had to offer me. This made me guilty to no end. My parents worked hard to provide me with the life I had, and I was letting Instagram sideline it.

I sat on it for a while, and I realized what the problem was. It was my perspective. I looked at people’s posts and immediately made a list of differences their life had from mine. My go-to response was to make a contrast, and that automatically made me feel as if I was missing out on something.

It seems sort of cliched now, but what I decided then was to simply change my perspective. I began reading the captions with more detail than I gave to the pictures. I began to remind myself constantly that these people who seemed better off than me were going through the same things. The difference was how they dealt with it. They were obviously using their time to do something productive or keep the stress at bay by engaging in activities. Along the way, though, the social media trend also changed slightly. People began showing the not-so-good side of their lives—the struggles, the tears, the pain, the loss. That really changed the way I felt whenever I opened my Instagram. I saw whatever people put on display, but instead of making comparisons or contrasts, I focused on the thought. I looked at the spirit, at the inspiration. I figured out that people were maneuvering through the pandemic based on certain perspectives. And I could do the same thing.

I started watching inspirational videos—people talking about their journeys, about the effort they put into getting somewhere. None of what they had was given to them ready-made. They worked for it, and if I wanted that, I could work for it, too.

I worked on becoming more resilient, on having a proper routine, on not giving up if I failed some days but trying again. I began to exercise. I began studying a course at edX. I began to bake—a lot! On my phone, I read quotes and stories that fired me up into doing something—anything—with my time. I followed creative writing pages and began to participate in their activities, like live poetry recitals. I began to write more poetry, short stories and personal narratives.

None of this was achieved overnight. It took a lot of conscious effort and reminding that everything I saw on my social media apps wasn’t perfect, and it most certainly didn’t come easy. I realized that most people share those things not to boast but to let others feel inspired and to tell them that it’s not impossible to do what they’ve done. And that’s how I changed the way I viewed social media.

This has now become a habit. Every time I open up my Instagram, it’s with a purpose. I scroll as if I’m looking for something—a tutorial, a motivational video or even a small piece of poetry. After I’ve come across two or three of these, I stop using my phone because now I’ve got just enough to keep me going for another few hours. And that’s how it works for me.

“”
Every time I open up my Instagram, it’s with a purpose.

I’ve Learned to Limit My Scrolling, but It’s Not Easy

I have to keep using my phone for official messages, or to check the insights on my official posts, and along with that, I use my personal account to catch some piece of advice or encouragement. The best part is I never run out. There’s a huge amount of information out there in the world, and we can see so many different journeys and points of view, if we were to be slightly more open.

It takes a good amount of effort to steer yourself off a course and on to a new one, but I’ve found that nine out of ten times, it’s worth it. Facebook, Instagram and other social apps are resources. It’s up to us to decide whether we use them to lead us toward a meaningful goal—or away from it.