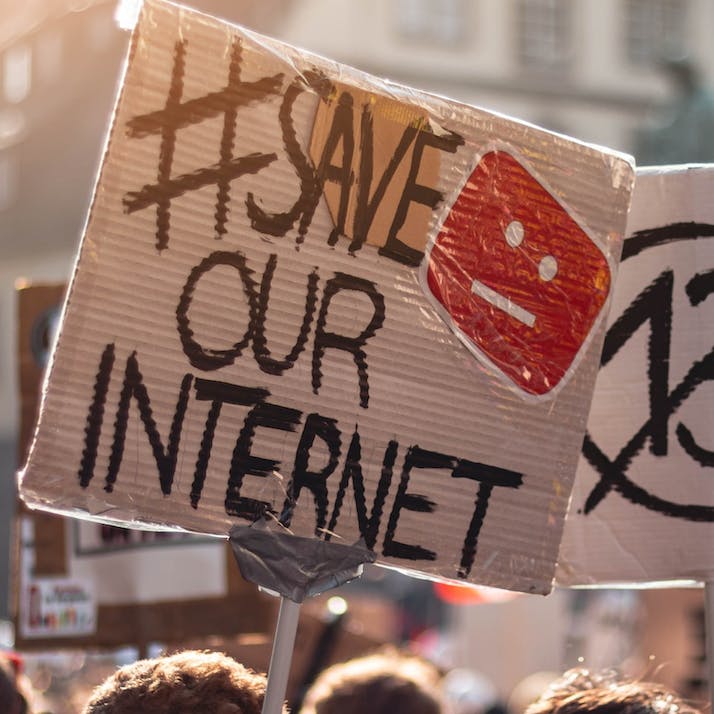 Only a grassroots movement between the right and left can end social media companies’ corporate bias.

I got into the world of online news publishing in the last months of the industry’s “Wild West” period: before fact-checkers, Facebook jail and endless verification red tape. Back when a guy on his laptop could look out at the digital landscape like Davy Crockett on the wild frontier and truly feel he could change the world. Ah, the good old days.

That was before the industry’s corporatization.

The seismic shift in the flow of information began taking effect in 2017 but really hit its stride in 2018. It was a matter of social media companies—spurred by a political left that was outraged at the election of Donald Trump and at the right’s apparently effective usage of social media to enable that victory—deciding that it was time for the frontier to close.

Sure, they made it seem like a good thing. They made us think it was all about deleting “Russian bots” and stopping “foreign interference.” They told us their only concern was stopping “disinformation” to create a happy-go-lucky online utopia where ideas and information would flow and mingle peacefully.

They promised us Looking Backward. Instead, we got Panem.

“”
But then our ship hit the iceberg.

When I began writing, the digital news field was dotted with tiny, independent publishers as far as the eye could see. You could peruse your social feed and find news site after news site that your average person had never heard of, and yet were individually all getting enough traffic to actually afford small, dedicated staffs.

I got my start at one of these—an outlet that might not have boasted a lavish New York office or its own helicopter, but did well enough with its regular stream of daily articles to give freelancers like me, a dad with a handful of young kids, a much-needed side income.

The key was its sizable social media following, particularly on Facebook, which is where readers consumed independent publishers in those days. The outlet I was writing for had managed to amass close to a million “likes” on its Facebook page, which translated to clicks and revenue from display ads.

For many writers in my situation—no college diploma, but a knack for the written word and a zest for the grit it takes to cut it in the highly competitive freelance market—this kind of gig was a way of getting a solid footing into the writing industry.

Contrary to the picture painted by those too trusting of the establishment media, we operated with high journalistic standards and integrity. Our ragtag band of writers and editors fact-checked, proofed and reviewed like a germaphobe washes his hands. Articles that weren’t based on original reporting featured proper sourcing and were closely scrutinized against plagiarism.

My experience there allowed me to land a second gig with an outlet that had an even bigger audience, a website founded and managed by a husband-wife team who used the share of their earnings to supplement the income from their small family farm.

Eventually, I scored a full-time salaried position with a larger independent publisher that made enough money to rent an office not too far from where I was living. Things were going well.

But then our ship hit the iceberg.

It started with diminished reach. In late 2017, Facebook changed its algorithm to deprioritize news feed distribution from pages (as opposed to friends’ personal profiles). This resulted in a massive engagement drop. I saw it with my own news page, which I had created to share my articles. It had been getting as many as 5,000 likes per post, with a following of a few thousand, but now I eked out, at most, 1,000 likes per post (and usually only about 100) even after my following doubled.

Who was hardest hit by the change? It wasn’t the corporate outlets like CNN and Fox News, which leverage their universal name recognition to churn out sustainable levels of direct traffic. It was the smaller players who didn’t have that kind of brand recognition and who had been using social media’s unique, affordable audience building tools to make up for it.

While Facebook assured us these changes were intended to make their user experience more “personal,” it’s safe to assume they knew how damaging it would be to the underdog publishers—the publishers the establishment blamed for the rise of Trump.

But the shakeup didn’t end there. Facebook implemented difficult-to-navigate rules for running ads about politics (which encompasses most news agencies) and began purges that censor and flat-out delete anything deemed problematic, whether it alleged “hate speech” (which often means taking a conservative viewpoint on an issue) or “misleading information” (which typically refers to facts The New York Times and New York Post don’t agree with).

Inevitably, many of the mom-and-pop publishers, like some of the ones I’d contributed to, went under. Thankfully, I found a different opportunity when I saw the writing on the wall, putting my experience scribbling about politics to work in the field of political consulting.

Even bigger names were hard hit. And it wasn’t just conservative outlets that were affected. HuffPost, once a reigning powerhouse in online news and opinion, fell from grace in large part due to crackdowns across several social platforms.

“”
The left’s distaste for Trump and his supporters led them to cheer on the billion-dollar corporate news outlets.

Silicon Valley Wants to Keep Everything in a Safe Middleground

Who benefited? Again, it isn’t just a matter of left vs. right. Fox News saw just as much of a boost as CNN under algorithm changes thanks to being an “authentic” news source. What’s the uniting factor? Corporatism.

Unfortunately, the topic of social media censorship and the lack of Big Tech accountability has become a partisan issue, devolving into nothing more than jeers at “dumb conservatives” making echo chambers on Parler. But there’s much more at stake than that.

The political left in America has always rightly understood the dangers that corporations, when uncontrolled, can pose to a free society. After all, a corporation is not a person; it’s a legally-created entity that is granted immunity from liabilities that an individual would normally face for his or her business practices. And so liberals generally have sought to stand up for “the little guy” by demanding accountability of multinational corporations.

But on the issue of social media, the left’s distaste for Trump and his supporters led them to cheer on the billion-dollar corporate news outlets dominating the information flow at the expense of the little guys.

These big outlets, along with their Silicon Valley allies, claim they want to combat online “extremism.” But who are they to decide which views are extreme and which aren’t? What they really want is to diffuse all wrong-think on both the left and right sides of the spectrum and keep everyone thinking within a limited, acceptable space—the safe “middle ground” that poses no threat to the ruling establishment.

Eventually, the grassroots of left and right are going to have to learn to work together if we don’t want to wind up as nothing more than two sides of the same coin in the pocket of the corporate elites.