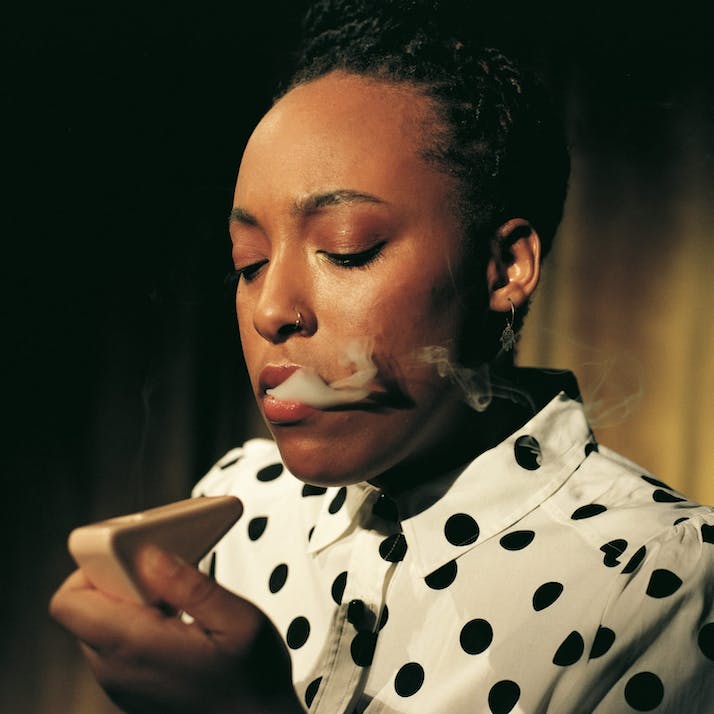 Smoking Weed Has Made My Life Worse

I used to fancy myself a writer. But, now, I feel stoned even when I'm not high.

I am writing this while high.

This is not an attempt to flex that I am high, in the way that drunk people always talk about how they’re soooooo drunk. I am saying this because this is the first time I’ve been able to write since I first started getting high.

Now, you’re probably thinking I’m on some hard drugs like cocaine. I don’t even really know many of the hard drugs that exist because I don’t take them. I only smoke weed because my boyfriend lends me his pen, not because I can actually afford weed—because I can’t. I am a broke college kid in Los Angeles (meaning my weed is legal, phew) majoring in writing, but I can’t write much now that I get high.

Just kidding. I’ve been in a writing slump for years, but, for now, I’m going to blame the weed because hear me out: Even when I’m sober now, I feel high. But not like a full-on high, more like an I-can-feel-the-remnants-of-my-high high, so I can’t tell if my brain is naturally deteriorating or if the weed is giving me brain damage. And I know weed can’t really give me brain damage and I’m probably just experiencing the placebo effect, but come on: Can the placebo effect last for months? Because I smoke a weed pen?

Can the placebo effect make me incapable of completing assignments I used to be able to do, albeit also in an unhealthy, procrastinating way but worse now? Or have I convinced myself that it's gotten worse as a result of the placebo effect? Am I behaving this way, missing words while typing and hammering out raging Notes app nonsense, because I think I have brain damage? That I’ve convinced myself that I have brain damage?

The first time I get high, I was with my friend carrying tacos back from a restaurant near my apartment. It was May and school had ended, so we were just trying to have a good time before we parted ways and returned to our separate homes across the country. On our walk back to my room, she handed me her to-go box, pulling a pre-roll and a lighter from her pocket. This wasn't the first time she’d done this around me, but it is the first time I successfully managed to get high with her. The first couple of times involved inhaling and exhaling the smoke before it could reach my lungs. This time, I allowed the fire into them, coughing it up as it burned in my throat.

When we reached my room, my head felt like it was submerged in a fishbowl, everything within sight subtly morphing as if seen through languid water. I took a seat next to my friend, a seasoned weed smoker, and proceeded to unbox my tacos as she did. She played Dave on her laptop, and we watched while indulging in the best meal ever.

And of course, it was awesome because I was with my friend, and we were eating good food, and we had zero responsibilities to worry about. I fail to remember these variables when I proceed to get high alone in my dorm room at the beginning of the next semester in August, hoping to relive the same joy I felt back in May.

I have yet to capture that feeling.

Weed Has Exacerbated the Problems I Already Had

Alone, I dissociate in bed, the weight of my body so heavy against the sheets, sinking into a firm mattress that certainly cannot sink. When I am faced with an assignment I’d rather not do, I pull an edible out from my desk drawer, popping it into my mouth before heading to the shower, where I allow the weed to set in. Occasionally, I remember the fact that I am on antidepressants and an immunosuppressant, both of which probably shouldn’t be taken with weed, but I’ve been doing it for this long now, so what’s the point in worrying?

I am unhappy, and I blame it on the weed. Of course, there are other factors like depression and the fact that I have no friends or family in the city, my weed friend has long since gone to New York City and my boyfriend is an hour's drive away—leaving me to sit in my room for days on end in complete silence, with no human contact or conversation. But it’s the weed. Or so I have decided because all these factors existed pre-weed, and now that I smoke weed, I am feeling worse than ever before.

I know this makes no sense, and I should probably go on walks every time I feel the urge to take an edible or a hit from my boyfriend’s pen, but will walks fix my constant headaches and shaking, my poor balance and frat-boy-style terrible eating habits? Will going sober solve these issues that have cropped up in my weed smoking days? I really do not think so. Every time I try, I end up back at square one, turning to weed because nothing else is working.

This is all to say, I guess you can develop an addiction to weed.

Time to go get high again.