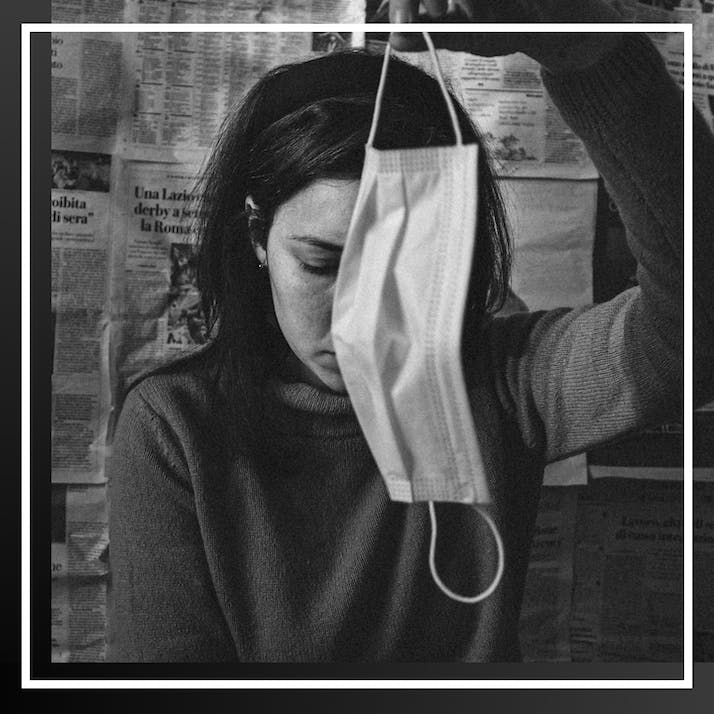 COVID Made Our Small-Town Paper Choose Between Truth and Survival

I became a journalist to tell the truth, but in a polarized world, that might not be possible.

I was assigned my first major news story when I was 17. I had been an intern at my local newspaper for about four months and, up until that point, I had only covered things like city council meetings and municipal works projects. At the time, I wasn’t particularly concerned with journalism, and I was only interning at the paper because I thought it would look good on a resume.

This story would change all of that.

The paper was doing an issue about suicide prevention, and I was asked to write the lead story from the perspective of a teenager. It was scary, but it felt different from everything else I had done. It wasn’t just news; it was a story. For the first time, I genuinely cared about what I was writing. I had lost a friend to suicide a few years prior, and I was eager to shed light on an issue I thought adults misunderstood at best and at worst ignored to a fatal degree. I worked tirelessly on the story, conducting a dozen interviews in three days, staying up late at night, rewriting the story about 10 times. I finally felt like I was doing something worthwhile, like I was making a difference.

The day I sent the story to my editor was one of the proudest days of my life up to that point. It would be followed by one of the most disappointing. I expected an entire issue dedicated to the topic of suicide. Instead, I found my story buried under the obituaries, in an otherwise completely normal paper. The front page was a report on the most recent high school football game. I felt like all my work had been brushed under the rug. To this day, many of my close friends and family don’t know I wrote that story. I was heartbroken. I even considered giving up journalism right then and there.

“”
The paper got angry calls from dozens of people, calling us fake news and liberal propaganda.

I Fell Into the Life of a Journalist

Despite my disappointment, I stuck around. That feeling of insignificance, of unimportance, lit a fire under me, and I was more determined than ever to make my voice heard. I doubled down, volunteering to cover more stories and learning to take photos and edit my own writing. I wanted to make myself seem as valuable as possible. It worked.

I had stories in almost every issue, twice a week, some even on the front page. People in the community began to recognize me for my work, and I was officially hired on as an employee. While that was a great feeling, it didn’t last long. I was finally getting recognition but not for my voice as a writer. The stories I was writing weren’t genuine or real; anyone could have written them. It just didn’t feel like my work. However, I was content for the time being.

When the pandemic hit, my small town in Wyoming was fairly unaffected, at least for a little while. For the first month or so, life was more or less business as usual. That all changed in the summer of 2020. Cases skyrocketed, businesses closed and—worst of all for me—paper sales plummeted, the primary cause being our headline story urging people to follow medical guidance and trust the science. The paper got angry calls from dozens of people, calling us fake news and liberal propaganda. It was infuriating.

We Started Bending the Truth to Please Our Audience

Even though I live in the most conservative state in the country, prior to the pandemic, most people were widely accepting of other viewpoints. That all changed over the span of about two months. My town quickly became bitterly divided on the issue of the pandemic, with many believing it was fake. Those same people were enraged when their local paper tried to fill their head with supposed propaganda, and they were furious with the author of that piece: me.

I would be considered a centrist by most people, and I largely tried to avoid political affiliation. Now, for writing nothing but the truth, I was ostracized by many of my peers, even my co-workers. That’s when the paper began to change.

It was subtle at first. I’d notice a sentence or two missing from a story I wrote, but I always assumed it was for word count or comprehension purposes. That went on for a few months before I finally realized what was happening: The sentences removed were always, in one aspect or another, about the pandemic. Stories entirely dedicated to the issue were buried in the paper or killed before ever reaching the printers. That same feeling of bitter disappointment I felt when my suicide piece ran began to grow in me.

When the vaccine became widely available, I had hope that things would change. For a brief period, Wyoming led the country in vaccination rates. However, that didn’t last long. Soon, we were back to the same routine. By now, the censorship had become blatant. My editors would trash a story over the fear that it would upset people. I was sent down endless rabbit holes of fake news in order to write a story that appealed to our audience. I was asked to write pieces about people dying from the vaccine or masks not working to prevent sickness, but a story suggesting the opposite was unacceptable. I grew to resent my bosses and even considered handing in my resignation.

I felt as if I was being asked to compromise my integrity to keep my job. When I asked to write an opinion piece on the withdrawal from Afghanistan from the perspective of a young person, I was denied. When a national news source asked to interview me, I was told I had to say no. My rage finally boiled over, and I told my publisher that unless something changed, I would walk out the door.

That’s when it hit me.

“”
My town quickly became bitterly divided on the issue of the pandemic, with many believing it was fake.

My Paper Compromised Its Principles for Profit

My publisher had an office of about a dozen people who needed a job. People who had families to feed and bills to pay. More than a journalist, he was an employer, and he chose to put his employees’ lives over the truth. We could only survive by selling papers and to sell papers, we had to keep up with the national media.

Working at a local paper in the 21st century was always going to be a struggle. With the nearest TV news station operating in a neighboring state, locals felt that our paper was the best resource for their news. But with the pandemic, followed by the election, followed by more of the pandemic, people quickly stopped caring what we had to say.

From my publisher’s point of view, it was a battle we couldn’t hope to win by using truth. So any opinion that could be perceived as liberal was silenced. Any story that encouraged vaccines or masks was altered and hidden. The paper became just like social media: The truth was there, but it was hard to find.

Now paper sales have rebounded, our jobs are secure and the paper is fairly well regarded in the community, but I wonder if we made the right call. The paper survived, but did the news survive with it?

While I understand the decision made by my publisher, I cannot respect it. Journalism was never meant to tell people what they want to hear; it is meant to tell them the truth. My paper has lost much of its journalistic integrity, and I worry I may have lost mine as well. American media in large has betrayed its foundational principles of truth and non-partisanship. I used to feel like my paper fought against that—David against a Goliath of lies. Then, I felt like it was me against my town. Now I’m not so sure what side I’m on. I resent my publisher for pushing against my morals, but I resent myself more for bending. But the truth is out there, and journalists like myself must find it. We must do what journalism was designed to do, what I set out to do, what I finally think I’ve found the strength to do: Tell the truth.