In Africa, Skin Whitening Is Becoming a Major Problem 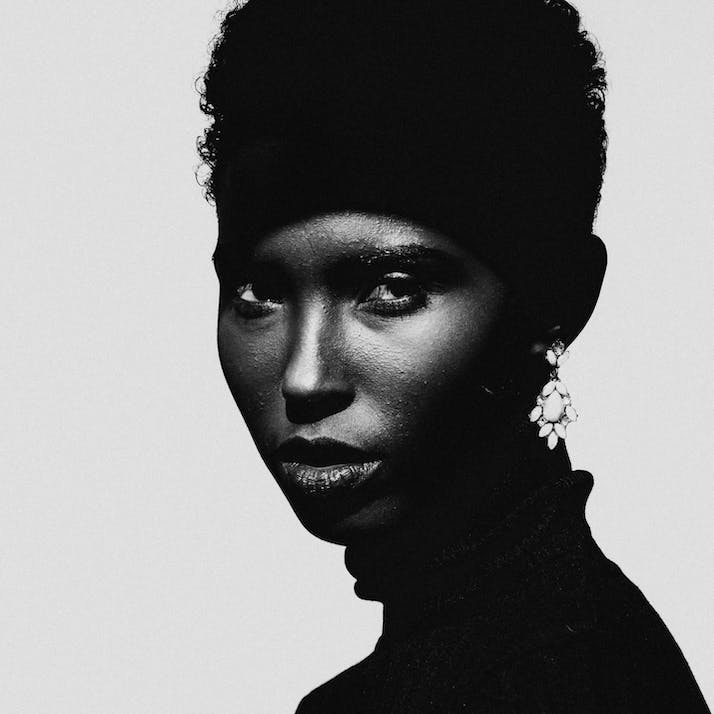 In Africa, Skin Whitening Is Becoming a Major Problem

Beauty standards and the legacy of colonialism are driving a booming, toxic industry.

As someone who was born and raised in Africa and has been surrounded by people of the same or similar ethnicity and race my entire life, I have struggled to understand what people of color face in other parts of the world. But truth is, I have never experienced it firsthand. However, the race issue still affects us. Why? The question lingers. Being Black on a majority-Black continent, one might expect that the race card would not have such an impact as it currently does. Africans have learned to be biased toward people whom we do not see as fitting to our ideal color. Who said Blacks cannot be racist? The thing is, over the years, we have learned to be discriminatory to ourselves in terms of our skin color, and a good number of people are struggling with self-conflict and severe self-esteem issues based on this.

In some countries, having a darker skin tone has long been associated with being poor, uneducated and less attractive. The demand for skin-whitening products in Africa is massive.

“”
Who said Blacks cannot be racist?

We Are Taught to Be Prejudiced Against Darker Skin

As a kid, I had a couple of friends from different ethnicities and also a couple of mixed friends. I can honestly say I did not know the difference at the time—they were just a different color from me, and that was it. The issues of our different skin colors were never an issue, The only time we ever mentioned our different colors was when we had to pick nicknames for a game (which were always “Brown,” “Milky” and “Ash”—children’s humor, I say!) or when painting our nails and picking what color suited our skin best. One of my fondest memories is when my mixed friend wanted a traditional African braid, which just goes to show that the issue of color is not programmed from birth, as many people tend to believe, but rather programming we acquire from our social circle, family and the media.

The media plays a crucial part in our racial construct. It remains the world's biggest influencer; people worldwide are glued to their screens, whether it’s phones, gadgets or television. Could this be where our color issues originated from? When I was growing up in the 1990s and early 2000s, the leading roles in TV shows were hardly ever given to people of color. I could hardly, if ever, identify as any of the characters I watched. Until recently, most toys were modeled after Caucasian kids and barely ever modeled after kids of color.

The skin-whitening market in Africa first arose in the 1950s, but it was not until the early 1980s that the market started to grow into what it is now today. Now attractiveness, marriageability, career opportunities and socioeconomic status directly correlate with one's skin color.

The world has placed societal standards that hold a lighter skin shade as being the epitome of beauty. The idea of light skin as the pinnacle of beauty affects self-esteem for women of color around the world. Centuries ago, noble elites made use of harmful skin substances such as arsenic powders that lead to a pale look. This was, back then, held as the epitome of beauty in the elite world. Not much has changed since then, seeing as skin color is still a social benchmark that is often used by people of color and whites alike.

Growing up, I knew of the skin color disparity happening but was barely conscious of how bad it was until it impacted me directly. When I got to college, I noticed a change. Most of the friends I knew from high school got lighter skin tones within the first year of arriving in college. My most unforgettable memory from this was being advised, by an older cousin I always looked up to, against using my regular skincare products and to go for more expensive whitening ones. “These products are cheap and not effective,” she said of the products I had been using. “You’re a beautiful girl. If only you could get some organic products to brighten your skin tone, you would be one of the hottest girls around, and men wouldn't be able to resist.”

For a while, I could not get past the down feeling that came with this criticism of my skin tone. Aside from the usual breakouts during my teenage years, I had never been in a position where I doubted my skin before. I had a complete turnaround when friends kept saying I looked stressed. “You were lighter than this,” my female friends would say. “What happened? Try to get your complexion in check.”

“You look different,” my male friends would say, trying to be subtle about criticizing my skin color.

I began exploring different skin-whitening products. They did not come cheap. Three months into getting them, I noticed so many changes in my appearance. I suffered from terrible breakouts, where before I had clear, smooth skin. I had early signs of stretch marks, which I never had to worry about before.

On the other hand, I could see how people responded to me differently. I had more guys interested in going on dates, and my female friends wanted to hang out more.

“”
I could see how people responded to me differently. I had more guys interested in going on dates, and my female friends wanted to hang out more.

In Africa, a new type of whitening product is taking over the market. These products claim to be made from 100 percent natural ingredients, but in reality, they are made from a mixture of really harsh, unfriendly chemicals. But they get the job done in a couple of weeks, and their effectiveness makes them a go-to choice for many. The downsides far outweigh the good, though. How safe are these products? Not very. The owners of these organic brands are often untrained. Many of them start their brands from watching YouTube channels. A high number of users of these products end up with burns, scars and acne.

The belief that lighter skin is better stems from the colonial era, where white foreigners exacted a kind of superior authority by enforcing their religion and way of life. In my opinion, this has in turn created an internal rift that has messed with the mindset and self-esteem of our people. This prejudice got passed down as a belief that Westerners are more godlike in appearance than other races. But as much as we might want to play the blame game and put the responsibility for colorism in Africa on a common enemy, it falls to us to take pride and joy in being ourselves instead of trying to change to fit someone else’s idea of perfection. This social construct of skin color needs to be canceled, and there’s no better place to start than here, with the people it affects most.