How I Learned to Shed Labels Through Gender Exploration 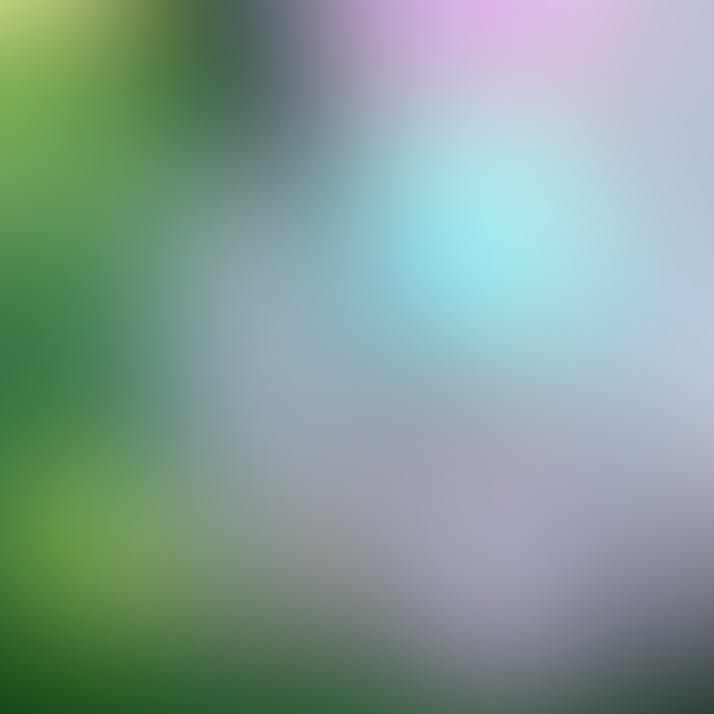 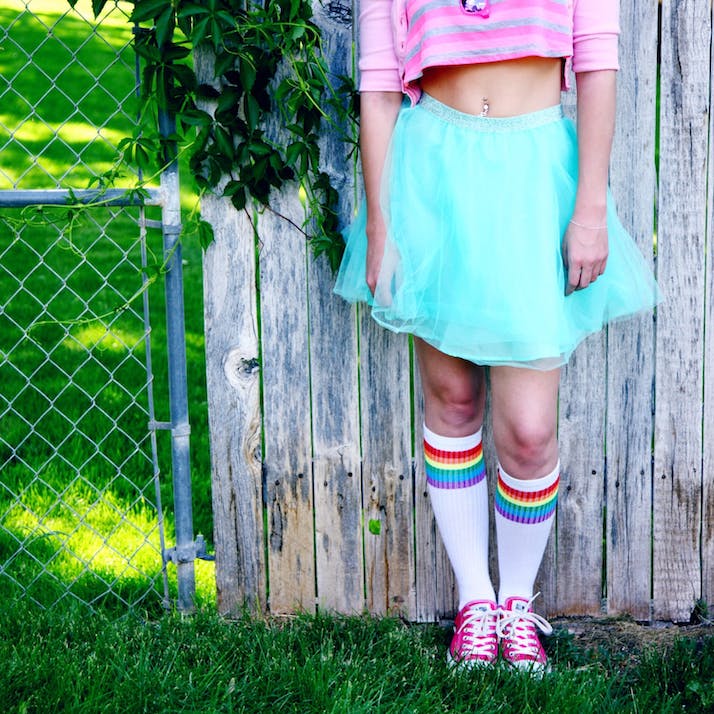 How I Learned to Shed Labels Through Gender Exploration

Over the course of my life, and after a variety of sexual encounters, I’ve discovered and chosen who I want to be.

All my life I have been expected and pushed to be gay—or confused enough to explore my own gender identification.

As I am often reminded by my mother, I used to “look like a little porcelain doll.” My general feminine looks as a child created unconscious confusion in her mind, as she often referred to me as "mija," instead of "mijo.” My mother never dressed me up like a little girl, but she continues to address me as mija even today. I notice sometimes when she catches herself, especially when in the company of others, and does her best to make it go unnoticed. I have come to understand that what I experienced throughout my life was not the most normal, especially after I turned nine years old.

“”
This secret got shoved to the far corners of my mind.

I Was Often Mugged by Older Boys for My Mannerisms

I always loved to be in the kitchen experimenting with new creations, like my green pancakes or everyone’s favorite strawberry banana puffs. Instead of being outside with the rest of the boys, I chose to remain with my mother to learn the secrets of the kitchen and often made fun costumes to play in. I also had a knack for all the chores normally given to my sisters.

I was a little shy around strangers. In school, I had learned to be very aware of myself, as the boys always picked on me and called me names like “fag” and “sissy.” One time, a group of older boys waited for me on my path home and jumped me and held me down while one of them covered my face with tattoo stickers. Horrified, I scratched at my face in an attempt to remove them. My mom and sisters screamed when I arrived home and my face was covered in blood.

We lived in a neighborhood that only had communal bathrooms and showers. One day, while I was showering, Pelon, my older brother’s good friend, took the showerhead next to me. Minutes later, he began asking me questions. “I hear you're a sissy, is that true?” he said. I felt choked by fear and couldn’t find the words to answer. He suddenly stopped the shower, took my hand and led me into a bathroom stall.

“Are you a sissy?” he asked again.

I stayed quiet, so he proceeded to take my hand and asked me to feel him. Then, after sitting on the toilet seat, he asked me to sit on his lap. After a few minutes, I felt a warm gush on my bottom and he quickly exited the stall. “I will beat you up if you tell anyone,” he said on his way out. He would continuously and randomly force me to secretly join him in random places indoors and out. His physical demands grew, however, and luckily enough, after a few months, we moved away. It all felt like a bad dream full of confusing feelings. This secret got shoved to the far corners of my mind.

I Eventually Became Obsessed With Sex

I learned at an early age to blend in, be normal and have thick skin. The insults now included other names—maricon, Mary, mariposa, nancy, fruitcake, joto, fairy, poofter, pansy—and other acts of hatred followed me. I learned to block it out. The abusiveness pushed me to become engrossed in my studies. My hard work later paid off, as I was awarded a scholarship to a prestigious boarding high school and then to Berkeley. As a result, I had managed to cut myself off from physical pleasure and deny myself the experience of a healthy relationship. For years, I remained in denial or perhaps reluctant to face the confusing question that Pelon had once asked me: “Are you a sissy?”

I couldn’t answer that question until my sophomore year at Berkeley. I was living in the dorms and became a study buddy with my roommate’s friend from across the hall. Jeff was a cool med student with a motorcycle and a girlfriend who visited him during holiday breaks. One time, while we were studying in his room, he laid in his bed and I sat on the sofa. Eventually, he got up and sat next to me, sliding his hand onto my thigh. I turned to look at him and he moved forward to kiss me. I jumped up, took my stuff and raced out of the room. I was unable to sleep that evening—my mind was flooded with the memories and confusing feeling of my experiences with Pelon. I was unable to shut off the endless voices in my mind shouting out “sissy,” “fruitcake,” “pansy.”

I popped out of bed and decided to walk over to campus to my favorite secluded garden. As I turned the corner to enter the square, I made eye contact with a student and he followed me there. In a matter of moments, he came right up to me and began to swallow my tongue and forcefully grope me. I was on fire, something inside me cracked open. The pent-up lust that had been squelched by fear oozed out. He released, quickly buckled his pants and poof, he vanished. I felt dirty and confused but it all left me with an unquenchable thirst for more.

I became obsessed with the need for sex however it came. I was acting like a dog in heat. A single desire drove my senses: sex, sex and more sex. I found myself in the most unexpected places ready to partake in anonymous exchanges. Nothing else mattered. I felt like an addict who was in constant need of a fix. Although I had been called “sissy” all my life, I was mostly clueless about what it really meant. I just saw it as an insult. But here I was, playing out the role of a total cocksucker. The funny thing is, I entered the gay world to fulfill the role but discovered, gays were also unwilling to accept me. Although they had no problem engaging in meaningless sex with me, most of them labeled me as too girly or feminine to develop anything more. My own friends would constantly tell me, “You are a natural drag queen!” I was horrified by the idea and it filled me with shame. “Where do I belong?” I often asked myself.

“”
I became obsessed with the need for sex however it came.

I Struggled to Adapt to My Gay Label

Funnily enough, a few months later, while exploring the Stud—a bar Berkeley students frequented in San Francisco—I noticed this guy on the opposite side of the room turning my way. This went on for ten minutes before he began to walk in my direction. As he got closer, I realized it was Jeff, my study buddy from across the hall. I felt embarrassed that I had avoided him since our incident. He was very friendly and apologetic for what happened.

We soon became close, and I learned that he and his girlfriend had an agreement that permitted him to explore his bisexual side. Since she was mostly away, he told me he would like to explore intimacy with me. He was new to the bisexuality thing and felt I was just girly enough to make him feel at ease. Months later, he ended his relationship with his girlfriend. For the first time, I felt loved and appreciated for just being me. He was my first real love. It ended after our graduation when he left for medical school and I went to New York.

New York life was exciting but it was very challenging to find another real connection. After a few years of trying to fit into the gay label, I was physically and emotionally dissatisfied. I missed the comfort and natural connection I enjoyed with Jeff. He was the first person with whom sex didn’t feel dirty—it was intense but tender, and it felt safe. I realized that my connection with Jeff was in part driven by his acceptance and enjoyment of my feminine ways. My mother’s mistake of calling me mija during one of our phone calls moved me to experiment with a physical transformation, to live out what everyone had always recognized in me. “La chica.”

I began to investigate the trans world. I took on Magie as my incognito persona. I began chats on straight and bisexual networks for men to test if my voice was credible enough. I wanted to see if everyone was right about me being a girl. I even began to attend trans bars but felt very out of place. It seemed that most of the girls in these places were pros working the venues. Although I did receive a good amount of attention and was referred to as “classy girl,” these places didn’t fit me. I chose to hold on to my self-respect, refusing to play the role of one more trans prostitute doing anything for roses.

I took on Magie fully, at least behind closed doors, and began to frequent chats and sites where I freely expressed my feminine gifts. It would begin with amazing conversations with mostly “straight” men who would open up and disclose their deepest fears and desires. As I developed a certain intimacy and trust, I would disclose my secret. These men were so ready to exercise their fantasies that they chose to suspend reality and accept me as a girl.

My sexual experiences with these new friends varied from sweet, passionate and tender to wild and, at times, scary. So much of the experience had to do with the amount of self-loathing and insecurities these men carried with them. I was able to relate. I had spent a good amount of my life loathing everything feminine about myself. My interactions with these adventurous souls were short-lived. Those who wanted more only wanted the pleasure of sexual encounters behind closed doors. The importance of self-acceptance became clear thanks to these interactions. Although I enjoyed these experiences, I was not ready to live hidden behind closed doors as Magie, or set her free to live in the open. I realized that being a girl takes a whole lot of work. Frankly, I became tired of trying to fulfill the high expectation of these men for the perfectly manicured woman. I was grateful for the wisdom Magie had imparted, but I realized living life as a girl was not really my thing.

For the past ten years, I have been experiencing celibacy and, I have to say, it is very freeing. I often tell my gay nephew that, “I am a free human being who chooses to be a non-practicing gay man with a sleeping beauty called Magie always ready to play.” I have released my mother’s vision of me as mija and all the other external labels that have fueled insecurity, fear, lack of self-acceptance, self-loathing and confusion. It's up to me to choose who and what I am, and what I will become.