Justice Denied: I Was Sexually Assaulted in the Philippines 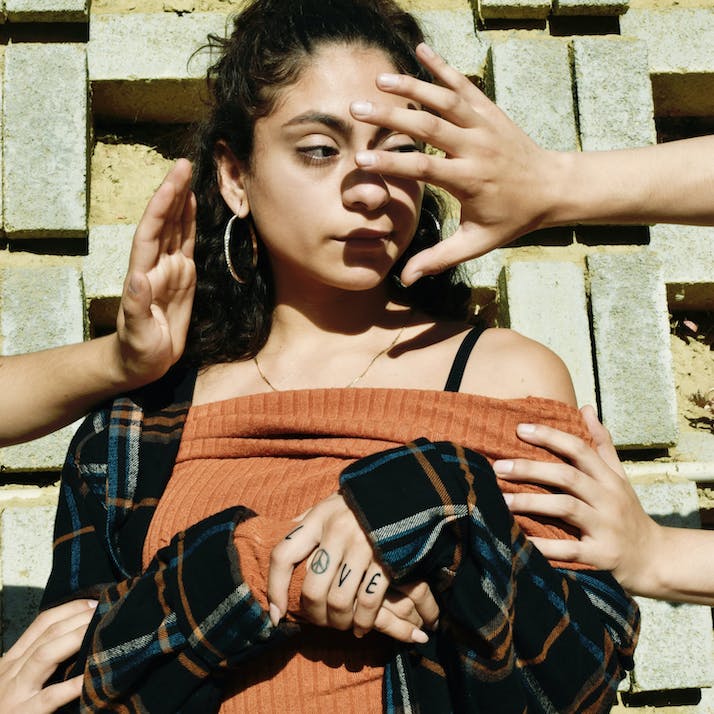 Justice Denied: I Was Sexually Assaulted in the Philippines

My massage therapist touched me in ways he knew were wrong. So why did he get off with such a light sentence?

It seemed like a seemingly ordinary day in Baguio, the Philippines’ City of Pines. After my classes at university, I decided to explore a street fair on Session Road with one of my good friends, Angelina. It was bright and sunny out, with a beautiful, cool breeze that erased any tiredness I felt from being cooped up in dingy classrooms all day listening to tedious lectures.

As we walked through the crowded streets, we explored the various stalls made for this event, chit-chatting away, talking of nothing and everything at the same time. Our eyes explored the trinkets and merchandise that was for sale. I set my sights on two baby cacti, which I jokingly told my friend I would name Wanda and Pietro, because, why not?

Eventually, I decided to go home—it was a long day after all. On the cab ride home, I saw a place that reminded me of Manila. It was a prominent Thai spa franchise that I usually went to for great massage and spa treatments at reasonable prices. I hastily told my driver to stop and I went in.

Upon entry, a smiling receptionist greeted me and told me that their best spa treatment was an aromatherapy massage, which combined the use of hot stress balls and deep-tissue massage to rub the coldness and soreness out of my body. It sounded so beguiling, I said yes. Still, as smiley as ever, the receptionist told me, “Unfortunately, most of the female therapists are busy for the next few hours. But, if it’s okay, ma’am, we have a male therapist available.” Without a second thought, I said yes. Why wouldn’t I? It was a trusted establishment from home, and all of the employees seemed perfectly professional.

It Was a Normal Massage—Until It Wasn’t

My massage therapist’s name was Jim. In the beginning, it was standard procedure for a massage. I smiled at him, and he wordlessly led me to the massage area. After he left me alone, I took off my clothes and, wearing nothing but my underwear, laid down in a prone position. Nothing felt out of the ordinary—I was even texting one of my best friends while I waited. Jim then arrived with the necessary tools and politely asked if I was ready. Ecstatic, I said yes.

At first, he did his job in a very professional manner. He applied pressure when I asked, and struck up a conversation. “Ma’am,” he said, “you have so many cold spots in your back.” I told him that my back was in constant pain.

It was a very good and relaxing rubdown. I was comfortable to the point that I thought I might doze off when he started to massage my sternum, that part of the chest between a woman’s breasts. As his hands went lower, so did the towel over my body. Suddenly I felt him push down further and start tracing the lining between my breasts. Then the towel was off, and I couldn’t move. I began to fidget, letting him know that I was still conscious. But then he said, “Wait, ma’am.” Then he boldly caressed my bosom and felt my nipples. My damn body’s reaction gave that tingling sensation, those pinpricks of arousal, but I was stuck motionless. I didn’t know what to do. I couldn’t even say anything; I just simply froze.

I was confused by how my body felt, and silenced by what just happened. Usually, I’m the kind of gal who always had something to say, but now I couldn’t raise my voice. Then suddenly, Jim moved to my side and, as if he was my lover, his hands trailed down to my underwear. That’s when I found my voice. I croaked out, “What are you doing?” Then he laughed sheepishly, pulling his hand away, and said, “Sorry, ma’am.” Then he proceeded to end the highly recommended aromatherapy treatment.

I Fought for Justice, but Couldn't Find It

After that, I did what had to be done. I filed charges against him and hired the best female lawyer in the city that money could buy. I woke up early to attend an 8 a.m. trial and finally take the witness stand against him. In the Philippines, we don’t have juries, and private court trials only happen if the judge sees it as an absolute necessity.

The judge refused my lawyer’s request for the trial to be private because he wanted to see if there was any truth in my story. Remembering this now fills me with rage. I was about to be put on trial by three men and the public that sat for their cases.

There I was, thinking this was something to prepare for, like a debate or exam. My lawyer briefed me about what can happen in the courtroom. The schoolgirl in me thought I had this in the bag. But that rush of confidence faded as soon as I placed my hand on the book. My nerves of steel waned. As soon as they started asking me questions, I broke down. Tears streamed down my face uncontrollably. The bailiff had to get me a box of tissue as the questioning started.

Jim had hired a shrewd defense lawyer, who also happened to be male. He blamed the fact that I had breasts, that I drove him to temptation, and honestly, his thought pattern is not anything new. Most of the men here think that way, and they say it’s a democracy. The judge was a 50-year-old man who was pretending to be neutral, but in this country, there is no such thing as unbiased. As I gave my statement, he looked at me as if it was my fault that he was in this mess.

For the next eight months, the trial was a part of my daily routine, getting up early on court-appointed dates and hearing out the witnesses I had to help push my case forward. But in the end, it was all for naught. Jim never took the stand. His lawyer advised him not to speak because of the guilt. It was dead-on obvious. His beady eyes said it all. Guilt oozed from his pores. As the hammer went down, the judge ruled that this case was not one of sexual harassment but an unjust vexation.

What is an unjust vexation? Apparently, in legal terms, here in the Philippines, it means an “arresto menor or a fine ranging from five to 200 pesos, or both.” In layman’s terms, a man touching my body without permission was merely a minor annoyance in the eyes of the court. It felt like the ruling was a way of shutting me up. Jim’s punishment led to a few weeks of jail, community service and a fine (paid to me) of 20,000 PHP ($416 USD) for the trouble.

“”
Here, there is no such thing as unbiased.

When It Comes to Abuse and Misogyny, Some Things Never Change

This story isn’t new at all. It’s a tale as old as time. But who would have thought that this still occurs in a cultured modern society with all the innovations and progress we made through the years? Here in my country, a majority of women have grown accustomed to this kind of treatment. To be truthful, we are desensitized to it. We hear stories from our aunties, uncles and cousins, and read news reports of domestic abuse, rape and harassment that are constantly emblazoned in the local news or tabloids—always told sensationally, like they were a telenovela. But the reality is, abuse and misogyny are everywhere. They exist in the courtroom, in our circles of friends and even at the heart of things: our family.

When the judge made his decision, I remember crying and questioning why. But instead of giving up hope, I chose a different route. I sought justice by taking back what is mine: my dignity.