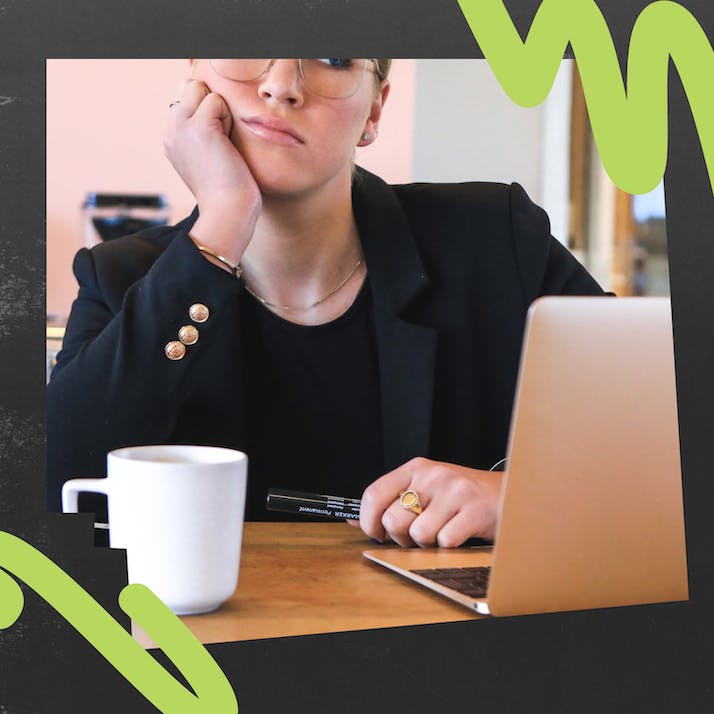 I Hated My NFL Dream Job: How I Survived the Toxic Environment of Professional Sports

The author details her experience with sexual harassment in the NFL.

“What do you want to be when you grow up?” We’ve all been asked that question. I wanted to be a veterinarian. Then I was told that school was expensive and takes a long time, so that dream went quickly out the window.

My senior year of high school was difficult, especially when my friends were all pretty sure where they wanted to go and what they wanted to do, while I was completely lost. Looking back, I am very thankful for the adults who pushed me to keep moving forward, even when I was stuck (and even when I didn’t want to be pushed). Eventually, I got into an out-of-state school.

During our freshman orientation, I still didn’t know what I wanted to do. I was, however, intrigued by this major: sports management. I had never really played sports, but I was fascinated by the idea of working behind the scenes. I attended the breakout session, and an hour later I knew what I wanted to do with my life. When the professor asked us what we wanted to be when we “grew up” (cue flashback to being eight and not knowing what to say), I’m pretty sure 80 percent of the students said they wanted to be the general manager of a team.

It didn’t bother me that most of the students were male, or that sports themselves are perceived as a very male-dominated industry. I wanted to do something where I would enjoy going to work, and I’d get in one way or another.

My Road to a Life in Sports

The major itself was part of the business school, so I was also able to learn about marketing, sponsorship and sales, the “stepping stone into sports.” While this is a path that a lot of students fresh out of college take, it's also a love-hate road. I followed it to my first job out of college, at probably one of the greatest teams in sports to work for.

My year there was everything I wanted it to be, and maybe more, but I also learned a lot of hard professional and personal lessons. It taught me to learn as much as you can from as many people as you can, in every department. I learned to not take things for granted and also to give yourself a chance to reflect and appreciate everything around you. I also learned that while I get the job done in sales, my passion was more toward the client service path. But I didn’t have the opportunity to do it there, so I had to rethink my plan for what I was to do next.

My next opportunity was in sales for an NFL team. I figured I could use this position as a stepping stone toward the job I really wanted. That place taught me a lot—a lot of good and a hell of a lot of bad. I learned it was possible to have a true friendship with someone and still maintain a professional relationship. I learned that sometimes maintaining a positive attitude is very difficult, but it impacts the people around you—and so will having a negative attitude.

“”
Other women in the office weren’t so lucky.

I could go on for days discussing the bad stuff. Suffice it to say that not everyone can be a manager, or should be. And that’s 100 percent OK. Managing others is a huge responsibility, and while not all have the same characteristics, I experienced the bad ones with a few of my managers and colleagues. I don’t really need to list them off—if you’ve been to a leadership seminar and seen a list of negative attributes, that’s pretty much it. There was no professional development guidance. It was more of a situation where you were supposed to feel lucky to make it to the next level. And that’s only if you stuck around for so long.

The worst part of the experience was the sexual harassment.

Mostly that meant inappropriate comments by men—married men with daughters my age—about my attire and my looks, but there were also misogynistic comments from three different men about “a woman's place.” I guess I was “lucky” because my female colleagues experienced this a lot more. After a few of these “passes,” I was able to stir up some courage and tell them that I did not appreciate these comments and they should stop. And they did stop—with me, at least. Other women in the office weren’t so lucky.

I would continue to hear those comments, and I would try to say something when I could. I remember having a male colleague in my department call me to his office to tell me that I should “stop policing people” because I would put myself in a position that could potentially get me fired. I remember feeling proud that calling people out for their inappropriate behavior could really make them feel like I was the problem.

“”
I felt exhausted, hurt and done.

Fixing the Problems I Encountered

About a year later I was given the opportunity to speak with someone in legal about my experience, hoping something would change. Unfortunately, it wasn’t until two years later that any change was actually made. And the work still isn’t done.

You might ask: Why didn’t I go to human resources? Only the people who worked there can understand how helpless even our HR coordinator felt. They witnessed so much but could do very little to fix it. Rarely were people disciplined for inappropriate behavior. It felt like anyone with a manager title or above was untouchable.

I felt helpless for a long time and even more so after having a team of talented executives join, and then less than eight months later, watch them be pushed out without warning—without truly having a chance to turn around the culture and business operations of the team. We had high hopes for the executives, but the rug was pulled out from under them as well as everyone who believed in them. I felt like I really tried during those eight months to give it my all. I felt exhausted, hurt and done.

That place made me feel like I was only good enough to work there, and that I wouldn’t be able to succeed anywhere else. So when my time came to leave, I was sad to say goodbye to four years of routine and people that I grew to care about like family. I was also unsure about what was going to happen next.

Still, I felt a weight being lifted off my shoulders. I’m now in a better place, mentally and financially, and have found my confidence again. I realized that when people talk about sacrifice and working hard to get to where you want to be, that shouldn’t mean putting your mental health at risk, tolerating sexual harassment and inappropriate comments, or feeling like you’re in a toxic environment. For what? A title change, with no pay increase? Thank you, next.