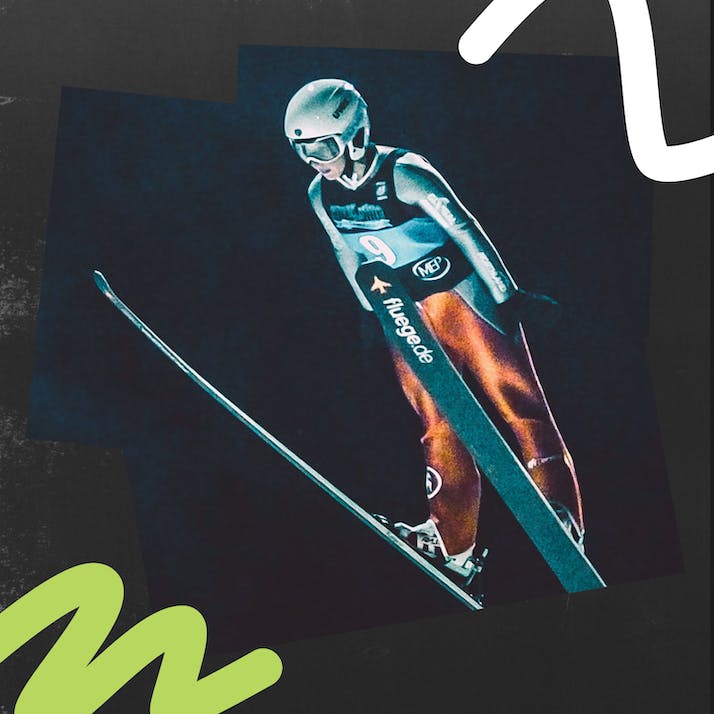 An olympic ski jumper reflects on how a mistake at the highest level changed her mental approach to competition.

When you hear about the glories and failures of the Olympics, you become inspired to watch grit, perseverance and dedication lead to victory. You fall in love with the heart and humanity of the athletes that fall below their expected performance. Maybe you even get jealous of those that take all their natural talent and success for granted.

Maybe you did that for me.

At my second Olympic Games, I fell—literally and figuratively. I’m sure no one was jealous, but maybe a little inspired or heart-stricken. Either way, I definitely learned a lesson that changed how I approached the rest of my skiing career performing triple backflips.

What It Means to Be an Olympic Female Skier

My sport is unique—so unique, in fact, that any reader with a quick internet search could easily unveil my anonymity, or at least narrow it down to podium numbers. We ski 40 mph into a 14-foot jump and do triple backflips 60 feet in the air. National teams travel around the world competing against each other on a very small circuit—you could build a web linking almost all athletes together throughout the entire history of our sport in hook-ups.

We go to countries I would highly discourage visiting for both general safety and competition reasons—not to mention the brown shower water, questionable food and uncomfortable travel days. We also don’t get paid much. Most of my team has second jobs even though they are some of the best in the world at what they do. None of those are the reasons we do this wild sport.

“”
Most of my team has second jobs even though they are some of the best in the world at what they do.

Being a Woman Has Nothing to Do With Competitiveness

In 2014, my second appearance at the Olympics, I was still a “rookie.” I was coming off two ACL surgeries and was still competing in the highest degree of difficulty seen by women at the competition. I had attributed a lot of my motivation to my self-imposed mantra of “jumping like the boys,” which continually made me deny my gender and push against my body, my sport and even my coaching staff.

There’s an ironic twist that female athletes, even in peak health, “fight against” their bodies to reach the top, but men “push” theirs. That’s another topic far too philosophical and psychological in nature for me to dive into. But the point is that during the foundation of my skiing career, when I successfully fought to achieve the skills of my male counterparts, I was still denied the same treatment.

If my coaches sensed any hint of doubt, they would refrain from letting me train and compete like the boys on my team. Their “protection” for me was a disservice to my learning and ability to overcome during challenging situations, whether that was weather or soreness, which are always present. By not being accustomed to these conditions, I inevitably fell behind all my male counterparts. Missing training sessions dulled my skills and strength, leading me to get hurt more often and even become more scared.

Of course, athletes of all genders deal with ups and downs in their careers. Most never even make it to a World Cup or to the Olympic level. My own speculation about my career is slightly irrelevant. I merely seek to point out that my male coaches and teammates still have the perspective that female athletes can’t handle the sport’s rigors. At this point, it might be more of a self-fulfilling prophecy than an accurate assessment. Either way, I still fought to prove them wrong and live up to be the athlete that I aspired to be.

I Was Too Concerned With the Gender Differences in Athletic Performance

What hit me at the Olympics was that I got too close.

I was positioned perfectly to achieve my dream of winning gold with triple backflips. I won qualifications. I’d performed the best jump out of the entire field. And then it hit me: I was actually “good enough“ to be on the podium. But as soon as I realized that my dream could be a reality, everything fell apart.

It was like my brain could no longer compute. My mantra of fighting and never being good enough slipped away. I was about to be good enough to stand at the top of the podium and I hadn’t mentally prepared for that. My first of three finals jumps was the easiest trick to perform. But the overwhelming change in my mindset overtook me. Suddenly, it was like I was watching myself from afar. I saw the moment slip away from me in slow motion, out of my control. I tried my hardest to catch up to myself, but during my jump, I had touched my hand to the snow. It was all over.

I realized that all my tactics fell through the floor when the unattainable became a potential reality. Kind of silly, right? You try so hard for something, then when it happens, you don’t even know what to do with it. Some quote about “it’s the journey, not the destination that counts” comes to mind. I still think that quote is accurate. I bet most readers don’t know any athletes that have won gold in my sport.

The bitterness of that moment for me is still lingering in my mouth. But I have changed. My mantra, my motivation and drive now come from doing my best and not through beating the boys. Moving away from what seemed like feministic warfare has reshaped me. This even extends outside sports. Getting rid of gender comparison, I think, is what a lot of women want. Not to “be” men. And definitely not to be “[insert adjective] for a girl.“