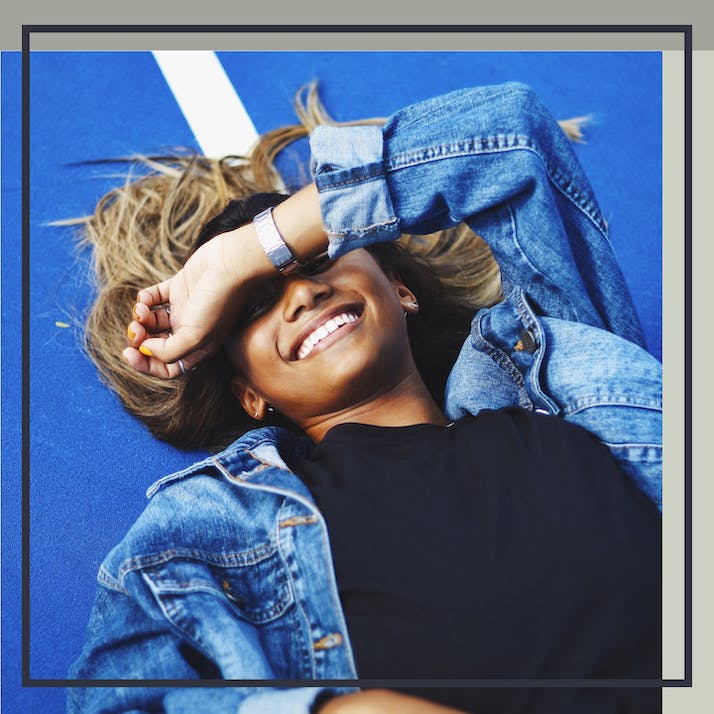 Seizures Are Funny Sometimes: I Try to Find Humor in My Epilepsy

I never know when my next seizure will occur or how people will react around me when one happens.

The first thing I remember was waking up and hearing people talking. It was around 1 a.m., and I was confused why I was on the floor next to the bed. Firefighters, paramedics and my wife explained I had a seizure. “How come no one told me?” I asked. Someone would've told me this was going to happen, I thought. Since then, I've learned it's common to be disoriented after regaining consciousness from a full-blown or grand mal seizure.

That was my first seizure, 11 years ago. Off I went to the emergency department (ED), where a neurologist came to my bedside, loaded my IV bag with an anti-seizure drug to stabilize me and made an appointment to see her later that afternoon. It was daylight now, and I went home, badly needing sleep.

I woke up later, saw wood paneling and realized I wasn't at home. I looked around, saw a paramedic and realized I was in an ambulance. Less than 12 hours later, I’d had a second seizure. At this point, I was told I was going to be admitted for observation. As usual, in a hospital, everything takes a long time.

It would take a few hours to get a hospital room. I waited in a hospital bed in the ED, and occasionally a volunteer would come by and chat with me. I hadn't had lunch and convinced him to get me some food. The last thing I remembered was eating applesauce. I came to and was told I had another seizure. This was troubling, as I went from seizure-free to multiple seizures in one day.

“”
That wasn't the only head injury I've had.

I Had Experienced Traumatic Brain Injuries

My type of seizures are referred to as “grand mal” but are now known as “tonic-clonic.” I've been told that with each of my seizures, I have convulsions for a minute or two, followed by being unconscious for about five minutes or more, only to awake in a very groggy state. I get confused about not knowing what I was doing last before I lose consciousness.

I woke up the next day in the hospital and had an MRI that showed scarring on my brain. The neurologist figured it happened eight years ago when I flipped my mountain bike, cracked my bike helmet and was knocked unconscious. She said I had a traumatic brain injury. That wasn't the only head injury I've had. Add to that my head smashing into a windshield, another bike accident and whatever else I've forgotten. I was told I couldn't afford to have any more blows to my head.

A few days later, I met with the neurologist and was prescribed Lamotrigine pills to prevent seizures. This medication is used to help control epilepsy but also used to treat bipolar people, which I'm not. This all seemed overblown. I was told I'd probably have to take the pills for life. That didn't sit well with me. It was determined what most likely caused my seizures was an antibiotic, which I had been on for a week. Antibiotics are notorious for lowering seizure thresholds and making it more likely to have seizures.

I hadn’t had a history of seizures—this was a one-time thing. Since I ended the antibiotic, a seizure wasn't going to happen again. I told the doctor I wanted to get off the pills. She told me I could choose not take it, but there was the chance I could “seize again.” My brain had changed, and I felt betrayed by my body. The previous day was normal, and after a week of taking a medication that was supposed to heal an infection, I ended up like this. I was in denial of what was to be my new normal, but I also discovered there was some humor in it.

I’m Trying to Find the Humor of My Seizures

About a week after my seizures, my wife and I went to thank the paramedics for helping us. We took small stuffed animals for them to give out to children they may have to transport to the hospital. One of the paramedics came out of the firehouse and said, “I didn't recognize you with your clothes on.” This was my first big laugh about anything related to my epilepsy. Firefighters and paramedics who are called out to medical emergencies see plenty of nudity. So while it can be embarrassing for some of us who receive the help, it's just another day, another ass, another tit, another penis to them.

At first, it's hard to find anything funny about epilepsy. Some things are hard to laugh at. One of the hardest things about having seizures that leave a person unconscious is a law that orders doctors to notify the Department of Motor Vehicles. This resulted in me losing my driver's license. Compared to dying, it's not the worst thing, but it's pretty tough.

The freedom a car gave me in doing something as simple as making a grocery store run, dog walking or seeing a concert at night was all gone. As my wife said, not having my license made my world smaller and less social. There was the public bus that I used, but that only goes so far.

Since then, I've had several more seizures. I've gotten my license back (which requires an interview, plus a written and driving test each time), only to lose it again and again. It's a trying experience, and each time, I'm unsure if I am going to go through it all again. Each time, my neurologist completes the DMV's paperwork telling them it's safe for me to drive, and each time, I have to go through the long and tiring process. I've even had them reject my application because there wasn't enough of a “seizure-free” period, even though they sent my neurologist the paperwork.

Having a seizure is somewhat similar to blacking out from drinking. However, with seizures, instead of having parts of the previous night missing, I have trouble remembering a few days, often with no memory of what I’ve said or done.

One of my funny seizure stories I like to tell horrifies some people. It took place on the edge of the Grand Canyon, and although I was several feet away from the edge, I'd like to think I'd be up on the leaderboard for one of the more interesting places to have a seizure. It's not that falling to my death would be funny, but rather, it’s where I had the seizure. “This place really shook me up,” I’d say. The Grand Canyon marked the first time an antibiotic wasn't involved in my seizures—lack of sleep was suspected, a trigger for some with epilepsy.

Another time, I was at a hospital being walked into the ED by a nurse when I started to have a seizure and dropped. Fortunately, the nurse caught me and kept me from smashing my head against the tile floor. Again, I had no memory that this happened.

“”
I'd like to think I'd be up on the leaderboard for one of the more interesting places to have a seizure.

Some unsettling thoughts about having seizures come up once in a while. Will I crack my head and get further brain damage? Will a well-meaning bystander try holding me and cause spinal damage? Will they put something in my mouth and choke me, or will a seizure itself kill me? Then there are the disturbing stories of people with epilepsy having a seizure and police mistaking them for a person on street drugs. Both types of people could be sleeping, sleepy or confused.

Restraining a person after a seizure could result in them trying to struggle free. They wouldn't comprehend the order to remain still. News stories document police using excessive force on those who've had a seizure and them being beaten, tased or shot. There are seizure awareness courses for law enforcement that should be mandatory. It might give people with epilepsy peace of mind.

I don't remember falling out of bed, I don't remember collapsing at the Grand Canyon and I don't remember a nurse catching me in the emergency department. I'm certain I'll have another seizure but uncertain if it will be caused by antibiotics, exhaustion or something else. Will I be with someone who can tell strangers I'm having a seizure and protect me? It's all part of my life's great mystery.