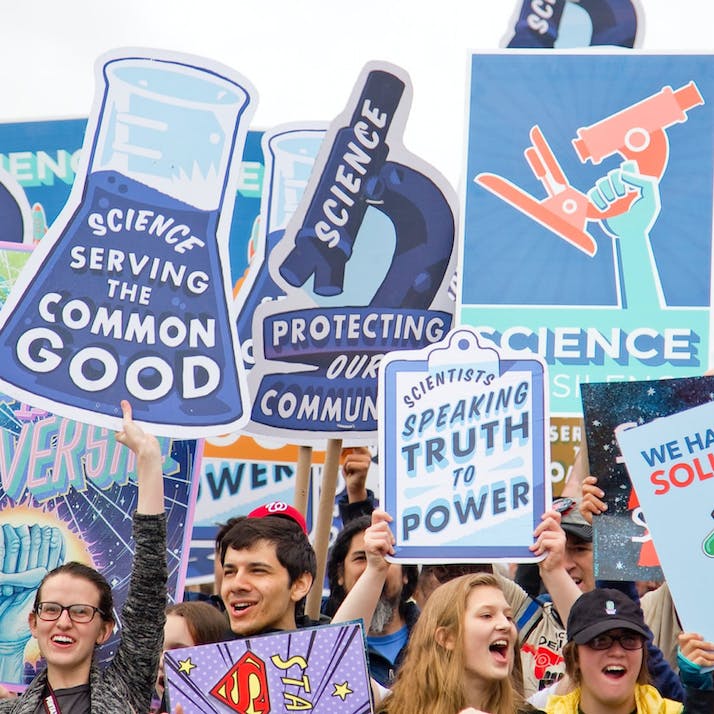 A Communication Crisis: How Scientific Standards Get in the Way of Explaining Climate Change

The general public wants specific answers about the climate crisis. All we know is that it won't be pretty.

It’s not easy being a climate scientist these days.

On the one hand, there are the climate deniers and “lukewarmers” who deny the fundamental reality of climate change, or insist that climate change’s impacts somehow won’t be so bad. About once a month I get an email out of the blue from a retired engineer or physics teacher explaining why we climate scientists have it all wrong, and why we don’t understand some basic physical principle. Often, these emails come with helpful links to self-published textbooks or online manifestos offering more details.

On the other hand, there are the many people, especially younger ones, who are genuinely worried that climate change is very soon going to bring about the end of human existence as we know it. And about once a month, I get an email from a high school or college student asking what they should do to help prevent the collapse of society.

While I commend and respect this level of concern about the climate crisis, I don’t personally view climate change as an existential threat to society. The countries and communities who can afford to adapt to a changing climate will do so—and they already are. But those who can’t will experience all of climate change’s worst effects. For me, the climate crisis is a question of social justice and equality, of ensuring that everyone can be prepared for its consequences, rather than something which will bring about the end of society as we know it.

“”
The climate crisis is a question of social justice and equality.

As a climate scientist, I often ask myself how we got into this situation. The conventional explanation is that this mess is the fault of the business conglomerates and special interests who have funded, directly and indirectly, so much climate misinformation. But do we scientists deserve some of the blame? Could we have been clearer in explaining our findings? Have we fallen into a trap set by the fossil fuel industry and its entourage?

One of our biggest problems is communicating uncertainty. Scientists are obsessed with uncertainty—defining it, measuring it and reducing it. You’d never publish data without putting some uncertainties in it. But most people don’t spend so much time thinking about uncertainty. Politicians especially like to have clear, simple stories to tell. So people on either side of the climate debate can latch on to climate scientists’ discussions of uncertainty. It’s a clash of nuance versus messaging, and scientists are much better at nuance than messaging.

I still don’t know what the right line to take on this is. There’s no uncertainty about the basic science and data of climate change: It’s real, we understand it and we know humans are responsible for it. But we’re still trying to work out how bad it’s going to be. Really bad? Or really, really bad, but not apocalyptic? We get excited when a new piece of evidence helps us parse these shades of gray, but non-scientists typically aren’t as interested in confidence intervals or new advances in data-infilling.

Another issue is that we depend on models to make predictions. In fact, this is how all of science works: We make models of reality, which we test by making predictions. The climate models used to forecast the future are some of the most complex computer programs ever written—millions of lines of codes, written by hundreds of researchers, which run on some of the largest supercomputers on Earth. But even these models are imperfect representations of the climate system, with countless biases and approximations. It doesn’t take much work to pick apart a climate model and decide you don’t trust its predictions. Clouds are the largest source of uncertainty (how do you even define a “cloud"?), but they’re far from the only source of error in climate models.

The key, though, is to realize that these models are all we have. And they’ve actually done a pretty good job at predicting the climate’s trajectory since the first climate model predictions were made in the '80s and early '90s. Everyone who works on these models is an expert in their field, and does their best to create the most accurate simulation of the climate system that they can. In a way, it goes back to the issue of uncertainty again—there’s much we still don’t know about the climate system, but we’re confident in the big picture.

I would actually argue that this confidence is another source of anxiety for climate scientists. I said before that scientists are obsessed with details, but we also like to have deep, important questions guiding our work. Think of Darwin’s endless study of finch beaks as he gathered evidence for his grand theory of evolution. In climate science, the basic science is settled. We know how radiation interacts with Earth’s atmosphere to keep the planet habitable, and how adding CO2 to the atmosphere will cause the climate to warm up. We know why storms will get stronger, deserts will expand and the oceans will acidify. The question of “why” has been replaced by questions of “when," “where” and “to what extent?” Having answered the fundamental questions, climate science has become a mission-driven science. Societal and political relevance has replaced the romance of pure, blue-sky basic research.

“”
We know the climate is changing and that this will have many bad consequences.

Returning to the question of what climate scientists can do to better communicate our science to the broader public, you can see our dilemma. We know the climate is changing and that this will have many bad consequences. But we aren’t sure how many meters the seas will rise, how much stronger storms will get and how bad, generally, things will become. We’ve built incredibly complex, sophisticated models of the climate models, but we also know that these models are riddled with errors, and that some of their predictions won’t come to pass.

People want answers to precise questions: How much warmer will it get in my city? How will my crops be affected? When will all the glaciers melt? As a climate scientist, I don’t feel confident about saying anything other than: I’m not sure, but trust me, it’s going to be bad.