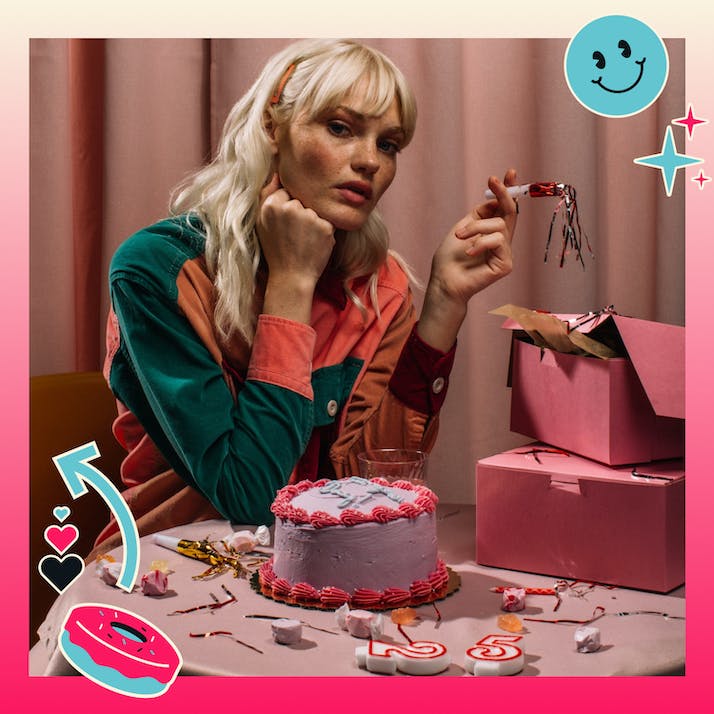 Rosy Retrospection: My Early 20s Were Seen Through Rose-Colored Glasses

Despite being terrified of getting older, my life has drastically improved from my early and mid-20s.

Since I was a teenager, I’ve dreaded my birthday. I spend it thinking about dying (what a fun day to be around me). I’m another year closer to the end of my life, and the only way to ease my mind is reassuring myself that everyone gets older. Entering my mid-20s sent me into a deeper spiral, knowing 30 was just around the corner.

I know 30 years old is still young, but my brain has decided otherwise. “You’ve peaked. You had a great run, and now you’re old, ugly and unsuccessful,” it tells me anytime I look at old photos or think about myself in my early 20s.

So I stop scrolling through photos. I avoid walking by my old apartment and places I hold the most memories, like going out with my coworkers to the bar next door, staying till close and sneaking up to the roof, or living with four strangers turned friends who shared their clothes and danced with me in the kitchen.

I’ve convinced myself turning 30 means the end of an era of feeling youthful, attractive and carefree. I’ve romanticized my early to mid-20s, which is why I have trouble letting them go, but I forget at that time, my life was anything but carefree.

The reality was, I had a million problems with seemingly no solutions.

“”
I dated a construction worker I met on Tinder. He said his own name after we had sex.

Seeing the World Through Rose-Colored Glasses

At 22, I had $18 to my name. I stopped taking public transit to save money, which meant riding my bike in the rain in 30-degree weather. I worked in the box office at a comedy club and walked dogs on the weekends. Both paid very little for the shit I dealt with. I held my tongue when customers complained that the comedians weren’t funny, something I couldn’t control, as comedy is subjective. My hands went numb while I walked someone else’s dog in the freezing cold, and I gagged as I cleaned up the accident they had in the house.

I started my “career” in stand-up, which meant doing open mics seven days a week without pay and getting booked at bar shows five people might attend. I couldn’t afford to fly home for the holidays, so I would spend six hours on a bus with a seat next to the bathroom and no leg room. I dated a construction worker I met on Tinder. He said his own name after we had sex.

At 23, I adopted a dog I had to rehome because I couldn’t afford to take care of him. I thought about him every day, how I lost a best friend. I found out a few weeks later he was put down for “aggressive behavior.” I still can’t forgive myself for that.

At 24, I had a boyfriend who forgot my birthday and told me it was my fault. He spent more money on coke than he did on me, and he had a single mattress on the floor with no sheets. I stayed with him for almost a year.

At 25, I fell in love with an abusive narcissist. I woke up wondering what we were going to fight about that day, what he was going to tell me I did wrong. He told me he loved me but only talked about himself. I left the day he grabbed me.

At 26, I spent the night in the emergency room after a manic episode and was diagnosed with bipolar disorder. I kicked and screamed the whole way there, but deep down, I knew I had to go. Doctors told me I needed therapy, but I don’t believe it helps, and I feel selfish talking about my problems when others have it much worse.

“”
It’s taken a while to realize I’ve been unconsciously misremembering the past.

Today, at 27, I have my dream job as a writer. I have a savings account. I can afford to fly home for Christmas. I go dancing with my friends. I have my cats and my dog, and after five years, I’m moving out of my outdated, overpriced apartment to something I’ve worked hard to afford and deserve. My ambition has gotten me here, and I’m excited to see where it’s going to take me next.

It’s taken a while to realize I’ve been unconsciously misremembering the past. One day while scrolling through my Instagram, I reminded myself not every day was a good one like I portrayed. Of course, some days I still tell myself there is nothing like being 23, when I felt young and pretty with my long, thick hair; when I thought every night was a party, with no responsibilities the next day; and when I had all the time in the world to figure out what I wanted to do with my life.

Here’s the thing: I still feel beautiful (my hair isn’t as long and thick as it used to be, but we can’t have everything). I still party and go out for drinks with my friends. I still have time to figure out what to do with my life, but I don’t have to—I already did. I still have a good life. I need to remind myself that getting older doesn’t mean you stop making memories; it means making more.