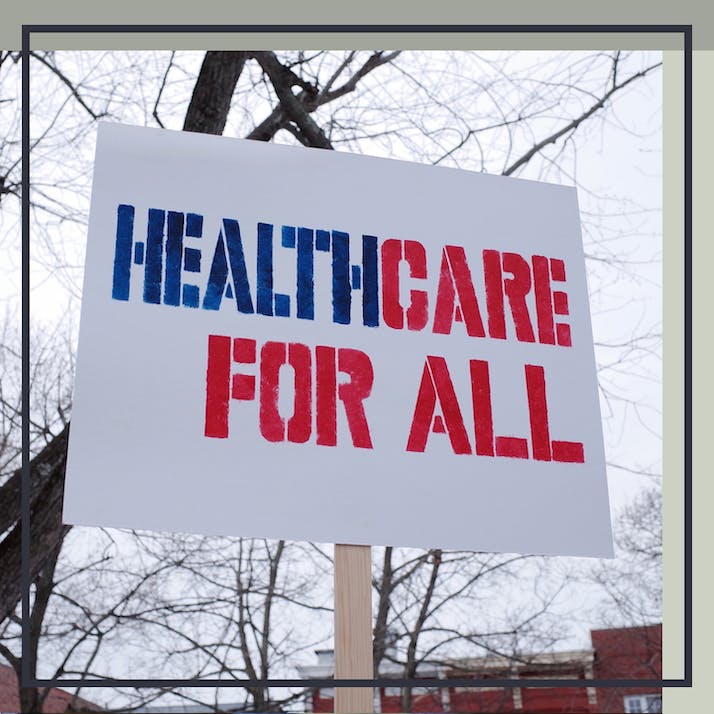 Right to Left: How a Health Scare Made Me Go From Being a Republican to a Socialist

A former conservative pundit explains how education and her health forced a total about-face.

During the election of 2016, I thought I was a Republican. I was a #NeverTrumper but I would never have voted for Hillary.

Now, I find myself so far left that even Democrats wouldn’t claim me.

The majority of my childhood was spent in group homes and abusive situations, until I was whisked away into high society at the age of 16. From then on I was immersed in privilege, from dinners at the Four Seasons to tuition at my private school. I was spoonfed a specific narrative that this type of life was only attainable through hoarded wealth, and I took on an appropriate political position to uphold it.

I was an 18-year-old Black Republican woman.

I was loud about stupid topics on social media, like why Roe v. Wade should be repealed, and soon enough, as a pretty woman and young Republican, I found myself with a platform. From the blog I began with, I grew connections in right-wing journalism circles and started writing for more respectable publications. One piece about seeing Kellyanne Conway was republished by Fox News. I was given a position to share my views, despite having no real authority or expertise. I was given a press pass to the Conservative Political Action Committee. The road to paid conservative punditry was very easily traveled.

“”
I find myself so far left that even Democrats wouldn’t claim me.

College Liberalism Helped Move Me Left, but It Was a Health Scare That Radicalized Me

Soon after, I went to a rather liberal college and had my views challenged by a fantastic sociology professor and, then, a health scare.

I have a lifelong condition that is incredibly expensive to treat, and the first time I ran out of my medication and was forced to decrease the amount I was taking, I realized what a considerable amount of my income would have to be delegated to my healthcare. Living as a woman of color with a disability in New York City very quickly made me realize that not only was my childhood unconventional, but that being whisked from trauma to abundance made me feel like protecting my economic interests mattered more than my own access to affordable medication. As a traumatized teen, I had failed to address the emotional conditions that led me to the right-wing community. No one ever asked me why I was a Republican, so I never questioned why I felt so loyal to a political group that actively works against my best interests.

In college, I was exposed to leftist thought for the first time. From Marx to Engels to Foucault, I learned how to unlearn my unconscious bias and address hiding behind the economic and social position of conservatism that would protect me from the reality of being Black, a woman and disabled. I was made into a token, given a public platform when I was a literal child and exploited for identity politics from the very party that supposedly opposes them. I moved from a Republican to a moderate, then eventually to a Democrat, where I realized that party lines don’t matter. The two-party system keeps us fighting each other and distracted from reality.

“”
From Marx to Engels to Foucault, I learned how to unlearn my unconscious bias and address hiding behind the economic and social position of conservatism that would protect me from the reality of being Black, a woman and disabled.

Every time I have a small health scare, a hospital trip, a doctor that I have to pay to see, a prescription I have to pay to pick up, I sink deeper into my socialist ideology—knowing that the both the Republican and Democratic parties are doing next to nothing to ensure the safety of disabled people. I’m not alone. My generation is being radicalized by the harm the two-party system is causing to the environment, national health and people of color. Instead of “voting blue no matter who,” we refuse to believe or engage in a system that routinely prioritizes money over lives. Socialism provides a way out: revolution.

There are fundamental inequalities built into the very fabric of America, and partisan politics distract from the fact that the major parties are two sides of the same coin. Party divisions matter more to some people than the issues at hand, and under the influence of lobbyists, accruing and hoarding wealth has come to matter more to some of our legislators than their constituents. Politically, I swung from a Republican to a socialist because I realized that neither the Republican nor Democratic parties would ever represent my interests above their own.

American politicians don’t represent the American people—they represent the interest of the rich and powerful. We live in an oligarchy disguised as a democratic republic, and our votes mean nothing in the face of big money and big industry. There is no right party—there is only rebuilding from the ground up.