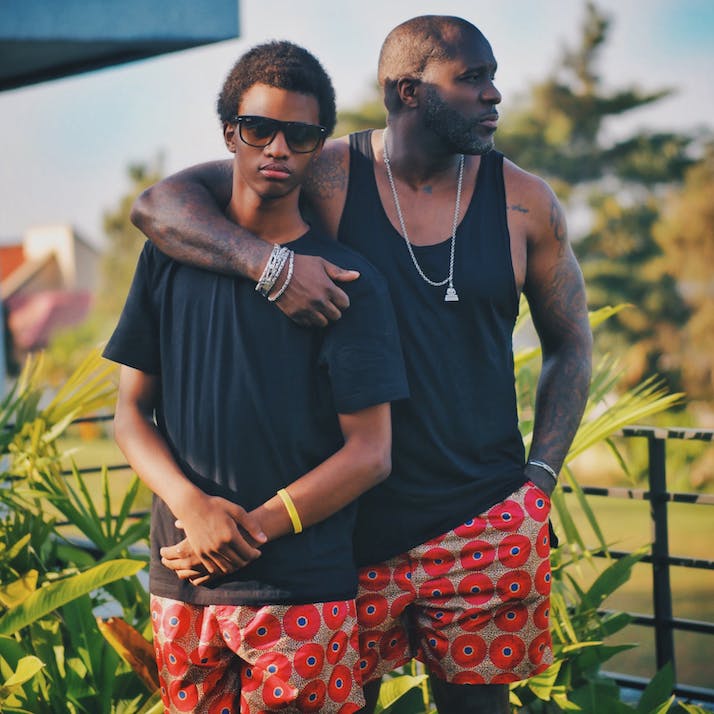 Raising an American child, I live with the fear of being deported and taken away from my family.

No one ever wakes up in the morning and thinks that being a refugee is the ideal way to live. I became one before I ever knew the meaning of the word, and I’ve been running away from that label since I was ten years old. Yet here I am, still a refugee. I even have a number that classifies me as such. I am a man without a country—my family and I were outcast and left for dead in the middle of a never-ending civil war. All of these things have driven and defined most of my life, and the boxes around me have led to many dead ends.

My story is complex, which makes my existence in this country complicated. I am a Congolese man who has identified as a refugee, asylum seeker, immigrant, “man of color” and African, just to name a few. Like many individuals seeking the American Dream, I’ve experienced a mixture of ultra-highs and severe lows, leaning more towards the latter. The fear that any good thing that comes into my life has a fast expiration date torments me every day. Perhaps, fundamentally, I believe that there is something wrong with me, and therefore I don’t deserve anything good.

“”
I am a man without a country—my family and I were outcast and left for dead in the middle of a never-ending civil war.

I Always Worry About Doing Enough for My Son

I am a husband to an American white woman, and a father to a mixed American son. There are questions in the back of my mind every day: Is this the day that I will be kicked out of this country that I have grown to love? Is this the day that they will come and take me away from the ones I love the most in this world? These constant thoughts haunt me and could affect my wife and son on any given day. I worry about their well-being simply because they are connected to me.

I carry a level of insecurity when it comes to being my son’s father, and it leaves me with an endless slew of questions. Am I doing enough? Am I challenging him and loving him enough so that he has the tools to make good choices when his time comes? How can a man without a country teach his son about being a free man and the responsibility that that freedom comes with? How can a man who has been an alien and a refugee for most of his life teach his son about being a citizen of the most developed country in the world?

Getting deported is still a real possibility for me, and I often think about the immigrant fathers and mothers who have had to leave their sons and daughters behind for the simple fact that this land deemed them criminal for attempting to find refuge from their horrifying circumstances. I can’t even begin to imagine being forced to separate from my two-year-old. I am crying writing this because this could happen. Not being able to tend to my son in the morning, make him breakfast, watch Coco with him, give him a bath after dinner, hold him tight while listening to his favorite songs before putting him down at night. How scared he would be, not understanding what’s going on.

It’s Challenging to Raise a Black Son in America

This country represented a lost hope in a dark world. Well, at least in my world. I can’t help but feel extreme sadness and disappointment knowing that this isn’t the same place I read and dreamed about while sleeping all those nights amongst the stars on the floor of our tent in a refugee camp.

My son’s existence as a Black boy in America won’t align with much of his peers. I don't have great-great-grandparents who were slaves, so I don’t have the pain and loss that most Black Americans live with. However, I am not exempt from the maltreatment of Black people in America and the world at large. I have experienced racism countless times. Despite our experience here, I don't want my son to grow up in fear for his life like I did. Finding my footing in this world as a Black man is so much more nuanced than meets the eye. It is incredibly challenging to live and thrive in a world that never was set up for people like myself. I am tired of being the one who has to be resilient and strong. I used to have dreams of dying alone and being forgotten because life experiences have taught me so. Having my wife and son in my life to bear witness to my greatest, and not just darkest, moments has brought so much meaning into everything I do.

My two-year-old is the freest human being I know. The pureness of his heart and his adventurous spirit are intoxicating. I am thankful that he doesn’t have to go without food or know the feeling of being homeless like his dad knew all too well. I have lived in poverty for most of my life, and I find myself waking up every morning fighting for him to never experience the realities I’ve faced. I feel guilty about a lot of things, one being that I don’t speak to him in French as much as I should. Raising him to be bilingual is definitely a goal of mine. It’s one of the few things that gives me an advantage that many Americans don’t have, and I would love for my son to have it to connect him to his Congolese heritage.

“”
How can a man without a country teach his son about being a free man?

I Want to Relish the Little Moments With My Son

I desire for my son to live abundantly, and to never worry about his fundamental needs. I hope that he will always have a true and healthy perspective of the world and human beings. My entire journey has been about breaking the cycles that tie me to poverty, homelessness and facing countless restrictions as a man of color. My son being born as an American already puts him at a greater place of privilege than his father, and I hope he never loses sight or understanding of that. The challenge for me is to raise him up from a place of abundance. This has forced me to face and deal with the injustice I see every day. Things that I kept hidden without knowing are all surfacing and now require attention.

Although I am nowhere near to healing as I would like to be, every day is a step towards that goal. Perhaps it will take me a lifetime to deal with all that has caused me harm from the day I was born. One of the things I am learning from my son is how to be present at any given moment and to celebrate small moments as well as big ones. I am a very lucky man; I should have been dead a long time ago. Yet, here I am telling you this story. It’s true what they say: “A bit of hope and imagination can change the world for the better.” Every time I look at my wife, I am excited to have a partner and a dear friend with whom to share intimate moments of love and passion in life. And every time I look at my son, I am filled with great hope for the future.