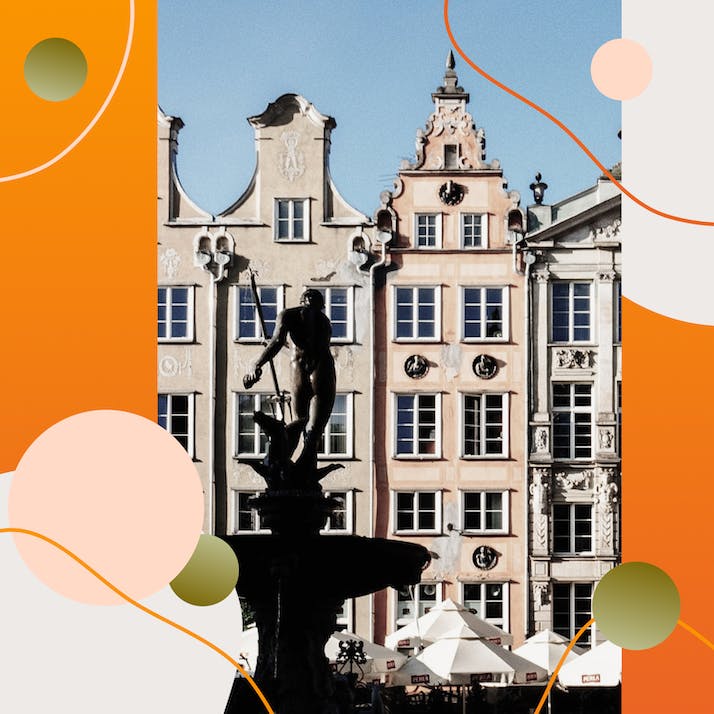 I Reclaimed My Grandparents’ Polish Citizenship to Move Overseas

The journey to acquiring a European passport gave me a better appreciation of my ancestors’ culture, and the responsibilities of being a good descendant.

I’d been staring at the yellow Post-It the entire evening, trying to get my head around what I’d just scribbled down. Considering how agonized I’d been about making the phone call for the last couple days, the conversation with the polite yet detached woman at the Polish consulate seemed a bit too straightforward, almost clinical, as if she doled out the same advice 100 times a day. All I’d done was “press 2 for the citizenship department.” Suddenly, the door to Europe had creaked open just enough to get my hopes up.

The list of emigration requirements on the Post-It was indeed daunting, though there was also something mildly reassuring that the task had some scope around it now. But even the first requirement on the list—“original birth certificates”—might as well have said “learn how to walk on the moon.” Simply put, they both seemed equally impossible, and I was going to need a lot of help figuring out where to even begin. So I walked into the kitchen where my parents were enjoying their customary pre-bedtime snack, took a deep breath and let the words spill out.

“Hey Dad, you know the whole thing where your parents went through unspeakable horror and tragedy at the hands of the Nazis? And then they met each other in a displaced person’s camp in Germany after the war where they had you, and then came to America to give a better life to their children but were completely shattered by what they’d lived through and never really healed? Yep, that thing. Well, how would you feel about me taking advantage of their hardships by reclaiming their Polish citizenship in order to realize a lifelong dream of moving to Europe?”

Needless to say, my dad turned his attention away from his bowl of Honey Nut Clusters. He wasn’t offended by this pipe dream (which had been my primary concern), but actually appeared intrigued at the opportunity to learn about his own past while helping me in the process. After all, they must have known I was going to make a push to get across the ocean at some point. Ever since falling in love with a Swiss-French girl (and her language) at the tender age of 11 while on an exchange program in Newcastle upon Tyne, there was a strange magnetic force pulling me toward that part of the world. There’s no way Bernadette could have known how her thick accent and blonde curls had changed the trajectory of my life, but I suppose we never really know who we’ve impacted along the way. For all I know, I’m somebody else’s “Bernadette.”

Obtaining an International Passport Is a Long Process

And thus began a four-year journey to fulfill all the requirements on that little yellow Post-It. Quite the journey it was, too, full of byzantine processes, linguistic minefields, countless dead-ends and invaluable assistance from unexpected sources. Here are a handful of highlights:

“”
There's a lot of talk about how to be a good ancestor, about the choices we should make that might one day benefit those who come after us.

I Wonder How My Grandparents Feel About Me Claiming Their Citizenship

I gave up a number of times over the four years, but the dream of getting to Europe proved too strong and I was always lured back into the application madness. It even became a bit of a joke among my friends: “So, are you Polish yet?” Eventually, I got my big break thanks to some documents unearthed in an obscure Jewish historical database in Warsaw, definitively proving my grandparents’ Polish citizenship.

I finally got my hands on that spectacular dark red passport at the end of 2015, which I used to move to London in April of 2016. And while I absolutely miss my family and friends back in the States (as well as easy access to slices of New York pizza), London has been extremely good to me. I met my wife here, have made some wonderful new friends and have been able to continue my career in the “Big Smoke” without interruption.

I often wonder what my parental grandparents would think of all this. I should note that I never really knew them. My grandfather, Leizer, passed away shortly before I was born, and while we visited my grandmother Minna in her retirement home growing up, her mental health had suffered so greatly from her life experience that she only spoke a few words of Yiddish and didn’t even recognize my father toward the end. But beyond lacking any substantive relations, I also don't speak their language and don't practice their religion. So, would Bubby Minna and Pop-Pop Leizer be upset that I've essentially taken advantage of their trauma to chase after my own desires? Or, would they approve (or even understand) that I've had a life well and fully lived, that their son was a wonderful father who gave me plenty of advantages and that I fought through all those hurdles to get my hands on the passport which would open up an entire continent thanks to Schengen?

This Experience Has Brought Me Closer to My Polish Ancestors

There's a lot of talk about how to be a good ancestor, about the choices we should make that might one day benefit those who come after us. But what does it mean to be a good descendant? Keeping certain traditions alive? Which ones? If I peeled back another layer of my own emotional onion, I suppose the scarier but more pointed question is this: If I knew my ancestors were disappointed because of what I’d taken without giving back (in their eyes), would I care enough to change? I hate to admit it to myself, but I honestly don’t know the answer to that.

The distance I’ve placed between myself and my family’s cultural and spiritual history has been a common and often tense topic of discussion with my parents over the years. And it’s not something I necessarily hide either. Case in point: My wife just asked me the other day, completely unsolicited, why I appear to be so interested in cultures, languages and customs other than my own? I have my thoughts on what has contributed to this, but the likeliest answer is that it’s just the way I was made.

Interestingly enough, the whole Polish identity experience has actually brought me closer to my grandparents. I think about them and what they went through quite a bit, and how it helped me get to where I am. And even after almost five years in London, I often find myself smiling while walking down a high street or into a pub, almost like I’m walking on air, as if the force of gravity isn’t quite as severe on this side of the ocean. Maybe I learned how to walk on the moon after all. And I still have that yellow Post-It. I take it out every so often just to remember what it was like to write that list of impossibilities.