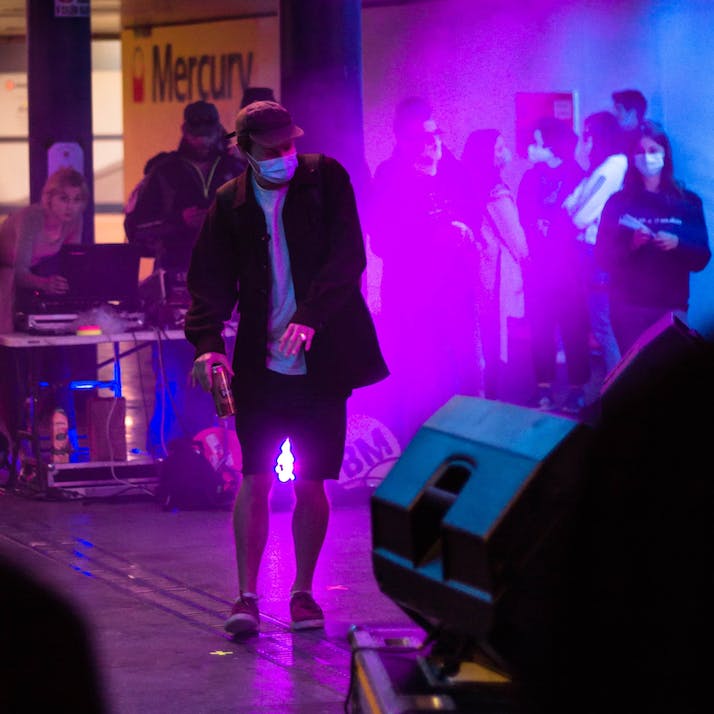 In Defense of Raving During the COVID-19 Pandemic

A raver argues that the party must go on.

Raving in a pandemic is a thorny issue. While popular opinion lands squarely on the side of “nope,” and many ravers have temporarily taken themselves out of the game, the question is more complicated than it seems.

As a diehard raver, my take on this debate is couched in my deep connection to this culture, which has been formative to my identity and how I relate to the world.

Obviously, all social gatherings are a bad idea when you’re in a state that's currently under strict shelter-in-place orders, like California and Ohio are as of this writing. There’s also no denying that get-togethers have turned into superspreader events, with a recent Burning Man-style party in Tulum linked to spiking cases in New York City. Yet it’s also impossible to ignore the fact that people never stopped partying during this pandemic, and neither media exposés nor public shaming seem to have a significant effect on curtailing this pervasive impulse.

So maybe it’s time to leave moral judgments to the side, and stop deluding ourselves into thinking that prohibition has ever been an effective preventative strategy for forbidden social behavior, because we all know it just pushes said activity further underground. Instead, maybe we could consider how and why raving might be an essential release during these unbearably dark times—and whether it might be possible to build a new, pandemic-era club culture that centers safety and community, rather than the selfish hedonism that raving has become synonymous with lately.

Partying During a Pandemic

This summer in New York, there was a slew of underground parties happening every weekend, all over the city, with different levels of risk and safety precautions. On one end of the spectrum, there were Bushwick rooftop parties where hundreds of kids in their early 20s packed closely on the sweaty dancefloors, with barely any of them wearing masks. These parties felt the most dangerous, coursing with a nihilistic streak. As The Cut put it in their recent exposé on pandemic nightlife: “Ignoring reality is part of the premise. The 20-somethings sharing spit particles on the dance floor seem to have a generational nihilistic streak, born as they were into a dying world, addled by a bunch of bad shit left to them by their elders. And now, the pandemic.”

In the middle of the spectrum were parties like the infamous bridge rave, where thousands of people from a vast cross-section of society showed up to a far-flung industrial corner of Queens. The promoter had installed booths with volunteers giving out free masks and hand sanitizer, and signs reminding people to social distance. Other staff members also walked around the dancefloor, reminding revelers to keep their masks on. The mainstream media coverage of the rave was overwhelmingly negative, but according to some ravers who had been there, the majority of party-goers had remained conscientious of safety guidelines—although they also admitted that masks came off as the party became more uninhibited at the very end.

Lastly, there were the daytime parties in public plazas like Washington Square Park, where house music DJs and hip-hop dancers gathered every Sunday. These events were the most wholesome of the lot, and they were also the most diverse, with the DJs mostly hailing from older Black and brown communities. Every 20 minutes, an MC would hop on the mic to remind everyone to stay apart, and offer hand sanitizer and masks. At one event, the NYPD even came by and handed out N95 masks.

Yet, this party was still shut down by the parks department a few hours later. “Hispanic and Black people, we’ve been dealing with police for a long time, and this pandemic is just the next level,” the organizer later told me. “We can’t do anything, they think we don’t matter. We’re just trying to enjoy our lives for however long we got. They want us to be peaceful, but they won’t let us have a moment of peace.”

“”
This summer in New York, there was a slew of underground parties happening every weekend, all over the city, with different levels of risk and safety precautions.

The Future of Raving Should Be COVID-Safe

His statement encapsulated the reason why raving—as a form of community and catharsis, especially for the most marginalized and oppressed among us—has both political and spiritual worth. This is ultimately what the most powerful potential of rave really is: a form of collective healing in a time of deep suffering and trauma. For queer and BIPOC communities, that is what rave culture has always represented, as well as where many found their chosen families.

There is a wide spectrum of safety at current pandemic parties, as noted above, and in order for raves to endure through this pandemic without becoming synonymous with superspreader events, a new culture of harm reduction and enforced mask-wearing must develop—perhaps in conjunction with regular COVID-19 testing and capacity limits.

I think this new framework for safer raving needs to exist because prohibition simply does not work and if people are going to engage in risky behavior, the best way forward is to focus on how to create safer community standards, rather than drive this culture further into the shadows. As someone who cares deeply about the meaning and legacy of rave culture, I believe this is the only way forward, lest raving become synonymous with its worst impulses, rather than a healing ritual for an uncertain future.