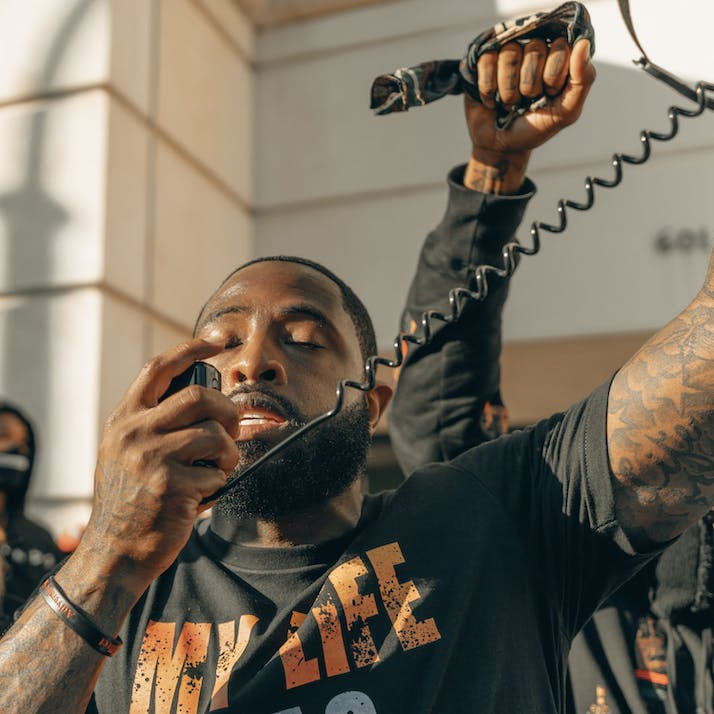 I’ve Been Radicalized by the Coronavirus Lockdown

From across the pond, a reimagining of time and priorities during the COVID-19 crisis.

It’s 2012. Britain is basking in the reflected golden glow of an Olympic Games going off hitch-free. Skyfall is in the cinemas and Andy Murray is conquering the U.S. An account called Very British Problems earnestly begins to tweet out the aggressively apologetic thoughts of: All British People Everywhere. And Boris Johnson is but a wiff-waffing twinkle in the nation’s eye, with some time to go before he’ll foist his bumbling, table-tennis-based hubris onto the whole country. The Guardian would later describe this as the country’s best year of the decade, although to be fair it didn’t have many competitors.

At the time, I lapped it all up.

Jump forward to 2020. The United Nations reports that the last ten years of Conservative austerity, designed by chief architects David Cameron and George Osborne, has inflicted “great misery” on the country. Levels of child poverty in the U.K. are “not just a disgrace, but a social calamity and an economic disaster.” Yet with councils and communities on their knees, the people have kept on voting in droves for more of the same. A significant Conservative majority at the end of 2019 confirmed a ten-year lurch rightwards, from the final days of the dying New Labour project to today’s damp squib: a vapid synthesis of all the worst parts of the decade, half-chewed and spat back out in a smart suit and the meaningless Brexit aphorism du jour sprayed abjectly on their forehead.

And with this shift, the twee but politically docile sentiment that propped Very British Problems has been shattered irreparably, all whilst being mined for its riches by the combination of “relatable” best-of books and forgettable Channel 4 adaptations. The account still exists, and still enjoys relative popularity, but it stands apart as a Twitter relic of its time, its satirical format almost wholly surpassed in an internet meme scene staggering in its volatile self-immolatory tendencies.

Today it’s an odd online memorial to a forgotten middle-class folly, an unhelpful resource for any doomed new resident wishing to easily understand the current culture. To accurately reflect the zeitgeist, Very British Problems should really just be a succession of tweets like: “Welcome to Britain: We have cups of tea, gaslighting and a politely fascistic government.”

“”
Welcome to Britain: We have cups of tea, gaslighting and a politely fascistic government.

Where I Fit Into the Picture

My situation: I’m currently in the middle of resurrecting a freelance career after being abruptly laid off from my nine-to-five job, left without a furlough by a company who put management’s interests above their lowest employees’ futures. Exhibiting some of those horribly flawed British anachronisms cherished by Very British Problems types, I “puffed out my chest” and “toughed it out” with a “stiff upper lip.” But with scant creative work around, and little other accessible freelancing being commissioned, I’ve had to re-evaluate what time spent “working from home” might mean when there wasn’t work to be had.

In the process I’ve learned that it’s almost impossible to think of time without thinking about work. Everyday phrases like “time off” or “leisure time” imply the existence of a work or occupation that fills the rest. But even this understanding becomes deeply flawed post-COVID-19. Among the changes that a post-pandemic society will undoubtedly usher in are an inevitable acceleration of the already speedy surge we’re seeing towards a completely freelance gig economy. It’s easy to see why.

From profit’s point of view, why prop up a culture that actively encourages time off? Why not simply employ people on cheaper, more competitive “flexible” contracts that disallow the simple satisfaction of switching off in favor of a morale-sapping situation where people hover precariously, waiting to pounce, a 24/7 standby mode of production?

Even in full knowledge of our aggressive ways, we still summon the energy to find new ways of dividing society. The anti-racist marches in support of Black Lives Matter were met by vehement opposition from what the BBC calls “anti-racism critics”—not “racists,” but “anti-racism critics.” A move to a wholly insecure world of work would fit perfectly into the mechanisms of an unsteady, angry Britain.

Often though, the temptation to look twitchily toward times of economic insecurity means that the current situation’s small crumbs of comfort can be overlooked. Friends melancholically remark at how much free time we have now, unable to comprehend the current situation without the presence of a working Other. Obviously, the time to ponder is an elitist privilege older than the class system, but it’s important to look at who is now afforded this privilege.

The younger you are, the less likely you are to die from the virus. But equally, the younger you are, the more likely you are to be in insecure, public-facing work like hospitality, catering or bar and restaurant work. And the more public-facing your work is, the less likely you’ll be back at work soon—and the more likely it is the government will support your employers with some sort of furlough pay. This creates a peculiar situation where the most immediately protected group in society happens to be, for one instant, some of the formerly least secure. Furlough pay, job security and protection against contraction of illness due to age and stay-at-home advice suddenly buys a radical concept in this age: genuinely free time.

I realize now that I’ve been radicalized during lockdown. Or rather, lockdown has afforded me two things I didn’t have in my life before: the luxury of time on its own merits, without financial constraints, but also the added bonus of perspective, not only to come to terms with this radical new concept, but to use it towards revolutionary change by any means.

“”
I truly believe that this is the time to embrace radical idealism while the young have the chance.

Now Is the Time to Get Radical

I truly believe that this is the time to embrace radical idealism while the young have the chance.

Other people agree. Take the recent events in Bristol as a measure. Black Lives Matter protests have forced Britain to begin the long journey towards a proper engagement with its own racist past and present. In Bristol, protestors gleefully pulled down the much-maligned statue of slave trader Edward Colston for a global audience, as video clips of the statue being kicked down the road and dumped ceremoniously into the harbor drew praise and acrimony across the country and around the world.

Despite the how vividly news footage of the 2002 toppling of Saddam Hussein’s statue is etched into my childhood memory, the naive British exceptionalist inside of me never thought I’d see the U.K. pulling down its own statues. Neither did I ever imagine that I’d wish I’d been part of it.

When the #RhodesMustFall and Robert E. Lee debates drip-fed into the national discourse, I quickly lost interest, never really entertaining the idea that anything would change. America was too far away; Oxford, Harvard and the other universities too far removed from the public debate and too heavily insured by private interests. But seeing the events unfolding organically in Bristol made me wonder what has changed.

I’ve come to the conclusion that it has to do with time. What’s different now is that there have been three fundamental shifts in the way we experience time during lockdown: the affordance of time disassociated from work, the memory of feeling “productive” suddenly being transferred into the space previously occupied by “working time” and the stretching out of the social media moment into something that can go on for weeks, rather than days or hours.

For many who came out for the 20,000-strong BLM Manchester protests, there was no question of their attendance, despite COVID-19 restrictions being in place. But for others like myself, this was a decision that required a week’s worth of thought, research and debate to weigh up the pros and cons. The old ideologies of productivity and industry have simply transferred into a new embrace of radicalism. COVID has helped me start to understand the seriousness of the situation, to research further into areas I thought would never apply to me, and to be moved to action by organizations outside of my immediate circle. In the background, social media has filled the important gaps in the wake of a disrupted news cycle gives debates time to flare up, sustain and come to a series of constructive solutions. My reappraisal of solidarity—a word I turned my nose up at for so long—is an unexpected surprise, made possible only by a determination to find something good in such dire circumstances.

Those who are able to do so must embrace the spacious, non-for-profit time ushered in by COVID for what it is: a chance to imagine, realize and commit to a future radically different from the present.