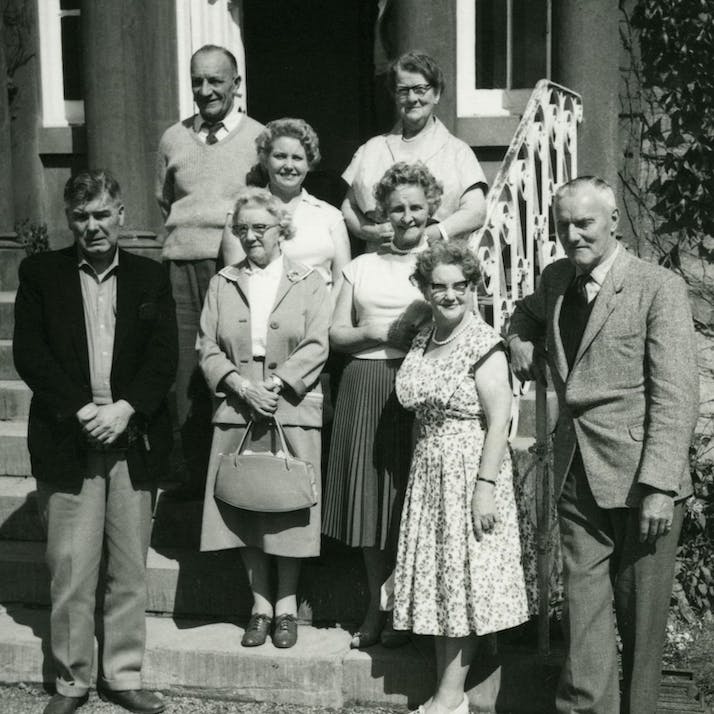 The Pervasive Racism of Upper-Class Jews

A Jewish-American argues that she has been fighting the racism in her family for years—to no avail.

How can the group of people who experienced what the West considers the largest genocide of our time have so much hatred for so many?

Please don’t think for a moment that I’m an anti-Semite.

I’m full-blooded Jewish on both sides of my family, dating back centuries, and I attended a Hebrew day school as a child. I’m not self-hating, either. In fact, I’m perfectly happy to be a member of the global Jewish community. Granted, I find the religious doctrine misogynistic and far-fetched, but I feel that way about all the other major faith-based systems too. I don’t hold old books full of tall tales against any modern-day human. There are many facets of Jewish culture that I adore, such as respecting your ancestors, giving thanks for life’s gifts and expressing love through food.

There’s something else that I hold against a faction of my community, though, and it’s much more egregious than anything in the Old Testament. I’ve repeatedly encountered American Jewish people espousing prejudices against others, each prejudice consisting of a specific set of racist stereotypes about a marginalized population. Privilege naturally grows along with income, and in my experience, I’ve noticed that this phenomenon is the strongest amongst the most economically elite Jews.

Yes, Jews Can Be Racist Too

Racism within the white American Jewish population isn’t a new concept. Jewish people of mixed race have spoken out about it. Multiracial Jews even have their own network to increase awareness of ethnically diverse members of the community. However, it’s a topic that is rarely discussed in America, where the tendency is to err on the side of sensitivity towards Jews.

Since we’re a marginalized population ourselves—one that has suffered enormous, inexplicable and inexcusable violence that continues to live on in the current neo-Nazi movement—it’s assumed that we aren’t likely to be terribly racist. Logically, shouldn’t a collection of people who’ve been subjected to mass capture, torture, imprisonment and death because of their identity have the strongest understanding of the tangible harm that racism causes?

Sadly, my experience in Jewish-American life mostly falls on the other side of that coin. I’ve heard the same stereotypes repeated proudly, without care or concern for whom they are hurting, by family members and friends alike. I’ve had plenty of discussions with people who have also bore witness to them. The prejudices we hear are alarmingly consistent throughout the country, from a friend’s mom in Florida to a grandma in New England to an acquaintance in California: Mexican people are lazy. Indian people are cheap. Chinese people are cheaters. Japanese people only value work, not personal lives. Muslims are terrorists.

Among all the negative stereotypes, one frequently mentioned positive stereotype stands out: Black people are wonderful. The sentiment presents itself in situations where normally you wouldn’t expect someone to point out a person’s race. “I went to the store and the Black cashier was so nice,” or, “I was waiting in line and the Black man behind me gave me a great tip about keeping the parsley in my cart fresh longer.”

I’ve had so many conversations with Jewish people where I had to explain that broad, sweeping generalizations about entire populations of people are damaging regardless of whether the generalizations are “positive” or “negative.” Every time, I was met with disbelief and dismissal.

The coldness with which this racism is expressed is also consistent. It’s always stated in an alarmingly matter-of-fact manner: casual and conversational. I used to date someone from Central America, and both my family and a childhood friend’s family spoke disparagingly about Mexicans in front of her. I was shocked that they’d have that nerve, but when I spoke up the response in each situation was exactly the same: “It’s fine, she’s not Mexican!” No matter how much I explained that, by being from a country (next to Mexico), my partner had every right to be deeply and personally offended by their racist remarks. They continued the conversation as if I hadn’t said a thing.

I also attempted, to no avail, to explain that I was offended by their comments as well, because racism is harmful to all people, not only those not in the marginalized group it’s directed at.

“”
It is only by laying to rest the deep-seated belief that God loves Jewish people best that we can reduce this rampant and strangely socially acceptable cultural racism.

We Aren’t the Chosen People, and We Need to Stop Acting Like We Are

You’d think that being called out as racist would be eye-opening to members of the Jewish community, that it might conjure up images of the horrors of World War II and inspire an about-face of self-reflection. In my experience, this has never been the case. Rather, I’ve heard many Jews proudly acknowledge their racism. Their usual explanation? We are the chosen people.

Believing that a higher power has personally selected you and your loved ones as special with their almighty and etheric pointer finger is problematic at best, violently harmful at worst. It sets you above and apart from those around you, and in the process disables your empathy. While the idea of being the chosen people may have helped Jewish people band together to traverse difficult moments in history, it serves no purpose in the current world. Any one group holding the belief that they are better than other types of people causes irreparable damage—something Jews should know all too well.

It is only by laying to rest the deep-seated belief that God loves Jewish people best that we can reduce this rampant and strangely socially acceptable cultural racism. And it’s only by learning and caring more about issues of class and privilege that wealthy Jewish people can begin to understand how the stereotypes they espouse serve to perpetuate class divisions, and make other people vulnerable to the same horrors our own people have suffered.

Because I have never made any progress by voicing my alarm and discomfort at this racism, I’ve wound up distancing myself from Jewish friends. Given how important family feels to me, though, I can’t just let the subject go. I bang my head against the wall trotting out the same conversations, year after year, hoping that somehow I might convince them to come around. If a candle can stay lit for eight nights, and a woman can turn into a pillar of salt, getting my mom to change her opinions about people of other races might be possible, too.