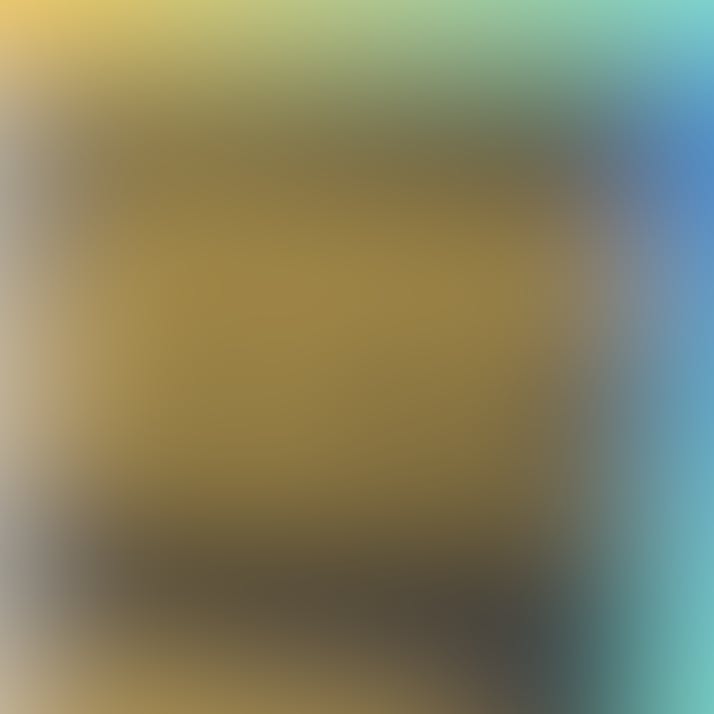 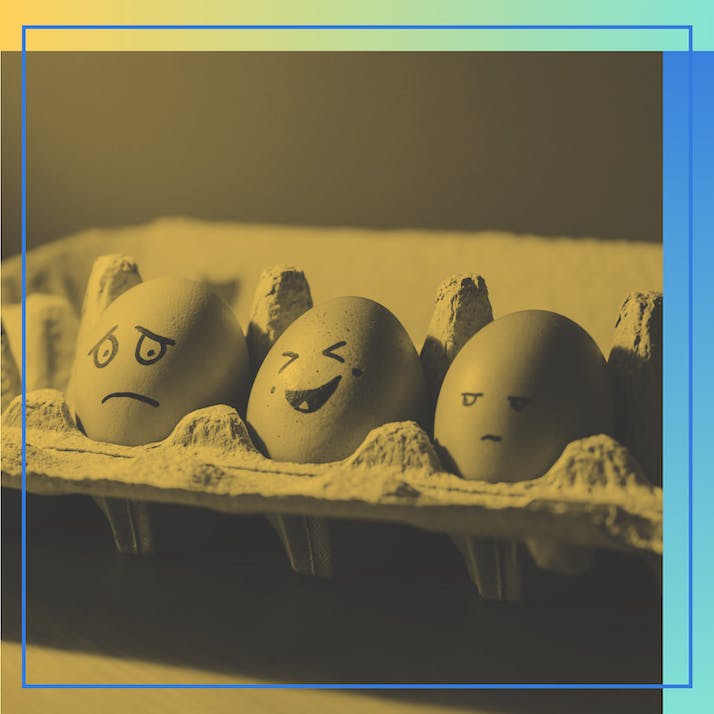 Quarantine Inspired Me to Finally Transition

I knew I wasn't a man, but it took being locked down for me to do anything about it.

It took me until my Saturn return to figure out I was trans. I got along just fine as a gay boy for many years. Well, mostly fine. Looking back now, it’s easy to see early signs of my egghood. (“Egg” being the sometimes endearing, sometimes condescending term for a trans person who hasn’t figured out they’re trans yet.) There were lots of little examples, like raiding my mother’s closet when she wasn’t home or opting to sit with the girls in middle school once I was freed from the confines of my religious, single-sex grade school.

“”
I had a surreal out-of-body moment.

Discovering I Was Trans Came as a Surprise

My annual Halloween cross-dressing ritual carries a deeper significance to me now. I realize what I was feeling was my first experience of gender euphoria, the heady glee of engaging in high femme antics mixed with a deep feeling of relief.

If I had to point to one moment in my gender awakening—the thing that officially cracked my egg and made me admit my transness—it would be hearing a nonbinary trans femme talk about their hairline dysphoria, and the dread they felt about going bald. It wasn’t a matter of vanity, they said, it was a matter of being in the wrong body.

For the previous couple of years, I’d been scrutinizing my hairline in the mirror every morning, willing my fivehead not to get any bigger. I wallowed in despair at my looming baldness. I’d kept my hair short for most of my 20s, hoping that would get me more attention from gay men. It felt like a cruel betrayal of my body, imagining I could see my hair thinning before my eyes just when I had decided to grow it out again.

Hearing that enby speak, I had a surreal out-of-body moment. How they were speaking aloud my secret innermost thoughts. Me, a cis person!

After that, I slowly acquired more and more trans friends. I insinuated myself in trans spaces as someone who was “questioning.” Feeling emboldened by my peers, I started going by they/them pronouns and calling myself nonbinary.

I felt such a rush of relief that I didn’t have to be a man anymore. I could set aside all the expectations of masculinity that I never really lived up to. Even surrounded by cis gay men, I wanted to crawl out of my skin. I felt despair that I couldn’t find comfort there, in the community I was supposed to feel at home in. I thought I was plagued by some debilitating anxiety disorder, but no. Just trans.

Lockdown Disrupted My Transition, but It Also Helped

Then the pandemic happened. I lost my job. All my acquaintanceships evaporated as the Zoom happy hours quickly lost their appeal. I left the house as little as possible. Freed from the burden of other people’s expectations, I was able to imagine how I might like to live without fear getting in the way.

My curiosity and explorations eventually led me to a Zoom call with a doctor I’d never met in person, who thankfully believed me when I told him I was trans and I wanted to try hormones.

Once I had the prescriptions waiting for me, I hesitated. I was terrified of trying hormones and changing my mind later. It wasn’t that I was worried about what it might do to my body, or what society would think. I was more scared of letting my trans friends down, that if I started the process of transition only to stop later, I would somehow be damaging “the Cause” and alienating myself from the community I had found. It was grandiose to think the integrity of the entire trans movement would crumble at my hypothetical future detransition.

One friend told me, when I called them, spiraling, that starting hormones wasn’t like jumping off a cliff—it was more like wading into water, and I could slow down or turn around at any point if it didn’t feel right. I would still be trans even if I decided hormones weren’t for me. No one could take that from me.

I told myself I was only starting hormones in an effort to keep my hairline from receding, but I have been so grateful for all the other changes. It’s like I needed plausible deniability in my own feminization. After nearly a year on testosterone blockers and synthetic estrogen, I cry more easily. I laugh more easily. My backne went away. Once the antiandrogens got my testosterone low enough, I stopped making semen and instead now produce a small amount of clear nectar when I come. Pre-transition, for many messy years, I was an extremely heavy shooter, which I always found vulgar, a distasteful hassle and one I’m relieved to be done with.

The most pleasant surprise of transition is how much I’ve enjoyed growing tits. I’ll be honest, they’re not much. At my own appraisal, I’d put them at maybe a double-A cup. (The little thrill of pride I felt at being “double” anything evaporated when I learned that AA is actually a step down from a singular A cup.) I hide them in public, but won’t shut the fuck up about them with my close friends. I’ve basically made these little lumps my whole personality at this point, even though they’re too small and pointy and weird and, oh God, asymmetrical? No, wait. They’re fine. Endlessly scrutinizing my boobs and willing them to be bigger, rounder, different: a quintessential experience of early-30s teenage girlhood.

I had no idea how much joy growing breasts would bring me until they started to grow, although I think it’s worth mentioning how much of a fiend for nipple play I was as a gay boy, too. It must be fate, to have my nipples waking up, growing and exponentially gaining in sensitivity in transition. They’ve always been erogenous on switches for me, so it feels like I was destined to have luscious tits. I just can’t believe how long it took me to figure that out.

“”
I just can’t believe how long it took me to figure that out.

Quarantine Is Ending—Will My Gender Euphoria Go With It?

I’ve been able to undergo my first full year of medical transition in quarantine, only sharing the intimate details of my gender journey with my closest friends. I wouldn’t trade my itty bitty titties for anything (except maybe some bigger ones, God willing), but with the weather warming up and vaccination looming, I now face a dilemma: How do I cope with people’s reactions to the changes I’ve gone through? I’ve been able to start my transition in a bubble, and I’m dreading the moment it pops. Part of me is tempted to gaslight everyone in my life who doesn’t know I’ve started transitioning. “What? I’ve always had these. It’s so weird you don’t remember that.” As tempting as that is, I think I have no choice but to face the reality of Coming Out. Again.

I feel blessed to have had this time and privacy, but I am tensing in anticipation of how frequently I’ll be misgendered. I have had massive internal shifts, but on the outside, not that much has changed. Early transition is so awkward. Being pubescent again in my early 30s feels like a cruel joke. I have no idea how to dress myself. I have constant identity crises of what kind of girl I want to be. Some days I’m a hormonal wreck and I almost miss the dead-inside stoicism I had as a boy. As much as I love being more in touch with my feelings, being brought to tears by the love between the nanny and Mister Sheffield makes me feel a little emotionally incontinent.

Despite how delighted I have felt about transitioning, I rarely leave the house in full femme attire. I prefer invisibility on my little pandemic walks and trips to the store, wearing my nonbinary uniform of baggy track pants, a shapeless denim sack of a jacket and a surgical mask. I feel too fragile most days to go out into the world as a "clocky transsexual"—words I hate, but that my Reddit research of trans womanhood has seared into my brain.

So mostly I hide, and my hiding makes me feel like a coward and a fraud. Feelings of fraudulence and inadequacy are essential parts of the trans experience, I’m told, so I think I’m right on track. I hope that soon I’ll be ready to take the plunge and be trans everywhere I go. I’m too old for the exhausting emotional acrobatics of leading a double life.

A quarantine transition is what I needed, a chance to reach an understanding of my gender in private, safe from the scrutiny of coworkers or my family or any of the casual acquaintances I’d normally have to interact with. Even though I feel so thin-skinned and fragile, I know I’m moving in the right direction. Every step I’ve taken towards feminization has brought me joy and brought me closer to God (who is definitely trans).