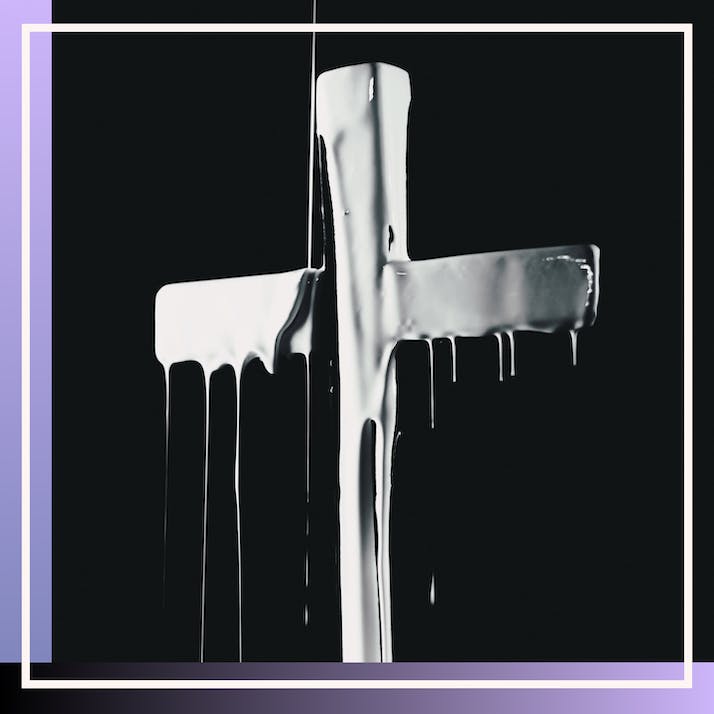 Puritanical Tyranny Has Made the World Miserable

We need to cure our colonial hangover.

I still remember one of my earliest sexual dreams: a girl in lace, inviting me onto my little single bed, waiting atop my colorful kid’s blanket. When I woke up, my first thought was, “God would be so ashamed of me.”

Puritanical tyranny is both responsible for modern life and in violent conflict with it. Why is sex so taboo? Why is drug addiction seen as sinful? Why do First Nations Australians not have a voice in Parliament? Why the vendetta against the dance music industry? Why are Australian judges still excusing male perpetrators of violence against women due to “provocative” clothing?

We’re living in the haze of a colonial hangover, and we didn’t even get a good party out of it. Our cultures are inherently interwoven with religious puritanism, even when it goes against our own interests. The very origin of Jesus—the Immaculate Conception—hijacks sexual morality by giving divine weight to virginity, as if sex and reproduction are too dirty or animalistic for the likes of God. Even Adam and Eve simmer with unresolved sexual tension.

“”
We’re living in the haze of a colonial hangover, and we didn’t even get a good party out of it.

Human Beings Are Animals—and There’s Nothing Wrong With That

Yet nothing in humanity is pure. We are naturally multifaceted. We are extremely susceptible to our own egos and the messaging of our cultures more broadly. If we had different religious stories, our cultures would preach different messages. Imagine a modern culture forged by a belief in Dionysus, the ancient Greek god of nature and grape harvest, wine and religious ecstasy, fertility and sex, orchards and fruits, festivals and theater. Relationships with each other and ourselves would be totally different and most likely healthier. Politics would probably be more fun, too.

Arman Khan recently wrote a piece for Vice on the Bison-Horn Maria tribe in India, whose culture has not been affected by religious puritanism, whose human nature flows more freely. In the words of Renu, a 38-year-old farmer from the tribe, “[Y]ou will never read about a case of violence against women, because there are no inhibitions. Sex is not caged. We hold the earth sacred, not man-made institutions like marriage. There is no sexual frustration among the men. Everyone is free to fall in love or fall out of it. Marriages aren’t sacrosanct because human beings, who created the institution, aren’t sacrosanct themselves.”

Religion elsewhere is still scared of sex. Unlike the Maria tribe, many of us are wrapped up in sexual anxieties. Even my heterosexual side came with religious baggage. When all you’re taught as a child is, “Sex is between a man and woman who love each other very much,” there’s so much that you don’t know. And our parents generally knew even less about relating to sex, and on it goes. Left to pick up on the signals of our culture, the interpretation many of us carry is that sex and desire are impure and sinful and not to be openly discussed.

But we are not sinful. We are natural. Humans are the natural outcome of millions of years of evolution. There are natural reasons why we want what we do and do the things we do, especially in today’s society in which the most vital things that make us human are undermined, restricted or exploited—our connection to nature, to each other, to communities, to meaning and, of course, our innate curiosity, our inherent suffering as conscious, intelligent beings. The betrayal we feel from religion only creates a bigger hole in our humanity, a crack in our foundations.

Sexual Purity Is a Myth

After 60,000-plus years of inhabitance by countless Indigenous nations, the continent I call my home was stolen and founded as a single, white, Christian nation: Australia. Colonial Christianity established our world as a fixed hierarchy, with humans separated from animals, separated from the natural world, made in the white image of a divine supernatural creator. This framework reinforces the human ego, the root of all our suffering.

Christianity also justified incorrect claims that Indigenous people were less evolved, subhuman, because they weren’t white enough, not hairless enough, not civilized enough, forever simply not enough. It may not be true that, as the common myth claims, First Nations people in Australia were legally considered fauna until the 1967 referendum. But as Marcia Langton told the ABC in 2018, “We were not classified under the flora and fauna act, but we were treated as animals.”

The puritanical mindset was that First Nations people needed to be protected under God and government. Missionaries forcibly removed Indigenous children from their parents and communities, replaced their names with numbers, their languages with English, adopted them out as workers and housemaids and indoctrinated them with the Bible, eradicating any “impure,” “savage,” “pagan” beliefs, like relationships with nature, country and ancestors.

These were the Stolen Generations, and although this policy lasted from 1910 all the way up to 1970, it continues today under child protection services. Compound this with the cyclical effects of untreated trauma, alcohol and other drugs, and the splintering of families and cultural connections across multiple generations, we have a very real and current problem arising from puritanical tyranny. Yet we still look away. We are still colonial.

“”
I couldn’t give a shit these days because I no longer view myself through subconscious myths.

We Need to Shed Our Puritanical Hang-Ups

To address the continued onslaught of puritanism over the natural realities of our world, we can start by looking inward. We can examine the things we dislike about ourselves and the underlying reasoning. We continue to feel ashamed about quite natural elements of our being, whether it’s sex, body hair, desire, a big nose, an accent, anything. We can recognize how it’s woven through our tech and social media: Instagram censors women’s nipples but not men’s, as well as art it considers sexually inappropriate (Vienna museums are even using OnlyFans to display ancient statues of motherhood and eroticism after censorship across socials). Other than directly impacting people’s platforms, this sets the standards of cultural morality. Almost all my insecurities were founded in some sense of being impure, imperfect or not up to scratch. I couldn’t give a shit these days because I no longer view myself through subconscious myths. It has been liberating.

Despite being constitutionally secular, just this year we’ve had federal MPs pushing for more chaplains in public schools to address climate crisis anxiety among children—instead of actually addressing the climate crisis. Our Minister for Education and Youth doesn’t want colonial atrocities included in the national curriculum in case it reduces patriotism. Our nuclear-powered partners in the USA are more extreme, with the recent abortion laws in Texas going beyond anything we’ve seen in modern Australia. Without recognizing puritanical influences in our ways of thinking—and therefore in our schools, courts and parliaments—we can’t view these beliefs objectively. We must see the world without any perceptions of divine endorsement.

To understand who we are, we need to understand where we come from. We must critically compare our colonial Christian and evolutionary origins. If we think of the past as simply the past, with no effect on our current day, then we’ll continue to dismiss recent horrors in the name of God and country as mere guilt trips, pointing out how far we’ve come without taking responsibility for how far we have yet to go.