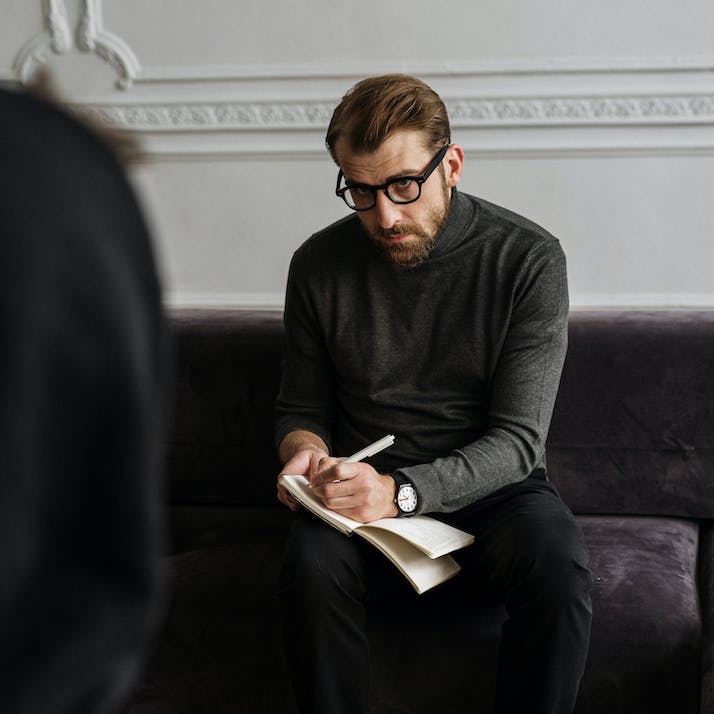 A psychologist in the California public school system outlines his overburdened days.

What is a school psychologist?

The Role of a School Psychologist

The role is loosely defined depending on the district, county or state. In essence, we are diagnosticians that identify, qualify and link students for the appropriate special education services under the Individuals with Disabilities Education Act (IDEA), which operates under the Americans with Disabilities Act (ADA). Ultimately, this law states that any student with a suspected disability should be tested for special education services. However, we are also responsible for the well-being of all students under the schools to which we are assigned. This often includes being the final place of support for solving problems that other departments cannot resolve.

Best practices also recommend that each school psychologist be responsible for approximately 1,000 students in order to operate with fidelity and efficiency. Optimistically, I grinded out three years in graduate school learning about best practices—only to find that the system does not care about best practices. Rather, it is contingent on politics and top-down leadership that rewards blindly following directives and punishes innovative and critical decision making.

I incurred $65,000 in student debt that would soon become $135,000 to be paid back, after interest, to learn about practices that are not even implemented in the systems in which they are built upon. (Student loan debt brings up a whole other issue, but I feel like this is another example of how the education system continues to fail us.)

Throughout the years, I have faced various challenges in my role. I have worked for five different school districts, ranging from underprivileged, urban environments to the most affluent areas in the Bay Area. Seeing that I have only worked in California public schools, I can only speak to this state’s issues. However, I have found that the California education system tends to have fundamental issues with its infrastructure and organization.

“”
My job can be very difficult—a lack of support makes it damn near impossible.

Issues in School Psychology Are Systemic

The greater issue stems from a lack of accountability to individuals and a lack of support for its employees. Mental health professionals—specifically school psychologists—are often overworked and under-supported. I know I sound biased, and maybe even bitter, but my job can be very difficult—a lack of support makes it damn near impossible.

One year, I was assigned to a high school with 2,400 students, which was essentially double the caseload of the average psychologist. There were three assistant principals and six guidance counselors at this school but only one psychologist: me. Almost every day that I arrived, there was a teacher, parent or student waiting to speak to me about an issue. On top of this, I usually had about several people knock on my door each day to discuss a concern. Normally, I would be happy to speak to anyone anytime: Honestly, that’s why I chose to do the job.

However, the problem was that I had a list of five things left over from the previous day on top of what I had already assigned for that day. Every minute of each day was already accounted for—for the next few months. This led to me staying two hours past contracted hours on a daily basis. For the matters that were not urgent, I would add those tasks to the end of the day and eventually roll over to the next day. However, there were often times when I had to drop everything to address pressing issues.

Dealing With Matters of Life and Death

If I were to share a typical day when I was at this particular site, it would look like this: I arrive at school with a teacher sitting outside my door. This teacher starts off saying, “I really need to speak to you.” I inform her that I have a meeting in 15 minutes that I need to prep for, but I can check-in for a few minutes. She then shares a note that Student A left in her class in which he alludes to how being dead would be better than being alive. I speak to the teacher for as long as I can until a parent arrives at my door for a scheduled meeting for Student B. I inform the teacher that I will come to see her during lunch to follow up on Student A. Once I complete the meeting with the parent, I have to complete testing with two other students, C and D, for upcoming deadlines, and I have to counsel two other students, E and F.

While assessing Student C, I hear a knock on my door. The assistant principal informs me that there is a student who has expressed thoughts of self-harm: Student G. I inform Student C that I have to send her back to class and will call her back later. (The issue is that I have to complete testing by the end of the day, so I can compile my scores to set up the meeting, which is due in two days because we have to meet legal deadlines for special education assessments.)

I then have the assistant principal bring in Student G, who shared thoughts about self-harm and conduct a risk assessment to see if we need to take any next steps. This student informs me that he is depressed, but he does not have any intentions or plans to harm himself. However, Student G does not feel like going to class. I inform the assistant principal that I recommend he sit in the office and take a break because I do not have time for this student to sit in my office. However, I will come and follow up with the assistant principal and Student G in the afternoon. I, then, call Student C in to finish testing before calling in Student E for counseling.

“”
I already have 20 students on my caseload for counseling, which is four times the amount of the regular psychologist

Taking on More Work Than You Can Handle

I decide that I will skip lunch to follow up with the teacher about Student A and spend the remaining time during lunch to get prepared to call in this student. Mind you, it is extremely difficult when you have to start off your first meeting with a student like so: “Your teacher brought me this note.” Immediately after lunch, I call in Student A to check-in and conduct a risk assessment. After this meeting, this student shares that he would like to speak with me regularly.

I already have 20 students on my caseload for counseling, which is four times the amount of the regular psychologist, but I tell Student A that I will do my best to keep checking in with him. Once I finish with Student A, I hear an ambulance outside. It turns out that the assistant principal has called the authorities to take Student G in for a psychiatric hold. I walk out and ask her why she has made this call, and she shares that she does not feel as though I was taking this seriously. I tell her, “I respect your decision.” Then, I call in Student D to complete testing. However, it takes until the end of the day, and I am unable to meet with Student F for counseling, which would then be added to the next day.

As I am about to start working on approximately two hours’ worth of paperwork that I have been unable to complete, the parent of Student G calls me and angrily asks why I called for her son to be hospitalized for an evaluation because the assistant principal referred her to me. My day just got even longer.

There is a Dire Need for School Psychologists

This is the reality of the role of a school psychologist.

Even though I've asked for help, it always fell on deaf ears. Because I was capable of doing well enough, I continued to get more and more work and less and less help. The worst part for me was leaving each day feeling frustrated, knowing that I could not do enough and there were plenty of more kids who needed a concerned ear. Sadly, we are losing good, qualified people each day because they are getting burnt out and not being supported.