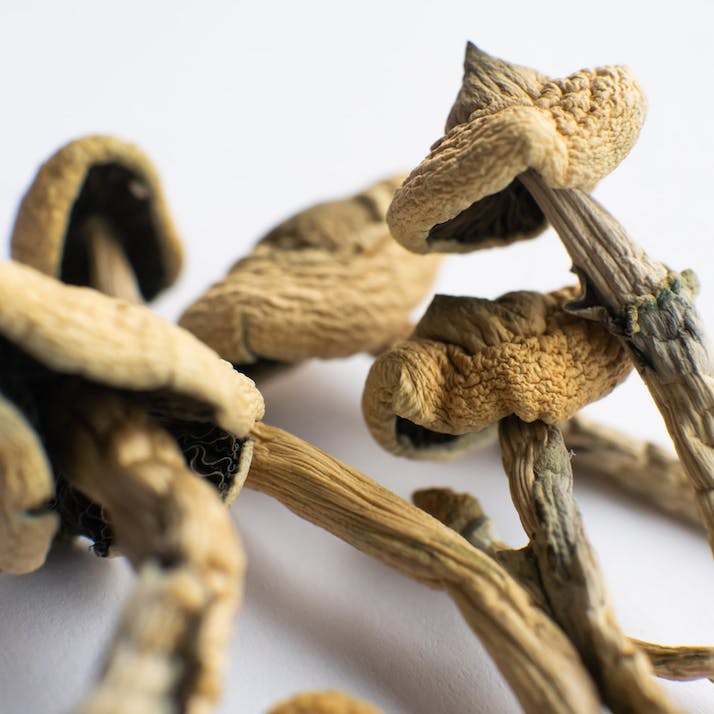 Psychedelic Therapy Is the Therapy of the Future

An advocate of psychedelic therapy makes their case for using substances to supplement psychotherapy and battle mental health issues.

I take mushrooms once a month. It’s a ritual.

My mom doesn’t get it. “You’re turning into your brother,” she says.

Mom dropped acid in college. She’s open with us about it. During quarantine, I saw a photo of my parents at a wedding in the '70s, and I swear my dad was holding a little baggie of white pills in his hand. But today, they’re stringent and stuck up about drugs being a bad thing, as “good parents” are supposed to be.

Psychedelic Drugs Aren’t the Solution, But They’re Part of It

My brother and I both do advocacy work in the psychedelic field. It took me wading through 15 years of denial to figure out that psychedelics might have the answers that I wasn’t finding in yoga class. That Judeo-Christian whitewashed version of what they call “yoga” today isn’t the whole story. Those rishis back at the beginning were tripping balls.

Don’t get me wrong. Psychedelics won’t give you the map, but what they can do is let you zoom out and see the lay of the land so you can plot your course more wisely. If you aren’t awake in your normal life, then your experience will just feel like an amusement ride: get on, get high, get off.

That’s not going to help society. In our collective dissolution and devolution as a species, we need something to guide us home. We’ve forgotten what it means to be human. Our idea of connection during COVID has become writing “I’m with you” in crayon and holding it up to our glass cage. We outsource the care of our elders and let them die alone. Have we really become so uncivil?

What got us here?

What allowed for us to disconnect from the elemental human right of exploring the alleys and pathways of consciousness? Is it not my mind? So shouldn’t I be able to do whatever the fuck I want in it?

“”
I take mushrooms once a month. It’s a ritual.

Not All Substances That Get You High Are Bad For You

I am a product of my environment, and I must grow with it. Mushrooms grow everywhere for a reason. Go out into any old-growth forest and walk around and you might be rewarded with some amanitas. You know, the Smurf-like, red-capped, white-dotted mushroom seen in depictions from Christmas to gnome stories? Yeah, it’s been rife throughout history.

What were you taught about drugs, anyway? That they were bad? Evil? For sinners? That you’d die if you take them? Or only the bad girls and boys are crazy enough to do them?

Who made the curriculum about drugs in school? Were they talking about synthetic, addictive substances like meth and cocaine? Or was it an easy catchall strategy, dumping all substances into one bucket?

America’s war on drugs gave birth to D.A.R.E., a horribly uninformed curriculum based around a harmful premise: “Drugs are bad. They kill people. Just say no.”

Meanwhile, at the end of last century, the CIA may or may not have facilitated the massive cocaine trade from Colombia, destabilized multiple Latin American governments and let hard drugs into the U.S., all while filling jails with Black “marijuana felons.” Over the past 40 years, the prison population in the U.S. has grown 900 percent, mostly with Black and brown people.

(Could you imagine if someone could get arrested for carrying another green plant down the street. Parsley maybe. Celery? No, make it sage!)

Anyway, we’re one leg out of the bucket, crawling away from a disaster in our wake. We’ve already wasted years of potential human evolution. Research was being done actively in the medical community back in the '50s by people like Humphry Osmond, who coined the term “psychedelic” (meaning “mind-manifesting”). Even back then they credited hallucinogens for their “ability to make patients view their condition from a fresh perspective.”

Then, in the '60s, research went institutional at universities like Harvard by Timothy Leary, Richard Alpert (later known as Ram Dass) and others. They understood that modern psychiatry had been toxified by old white men and the DSM. (Is that how we want to look at the psyche? As irreparable on its own? In need of “other” drugs to keep it “sane”?)

From antidepressants to anti-anxiety medication, we’re all tripping today anyhow. Unfortunately, though, it’s all the knob-and-levers chemical stuff. All they do is increase your amounts of neurotransmitter secretion. They disempower your native happy/calm centers and artificially numb you to stimulus. We’re medicating ourselves into the walking dead.

Well fuck, that’s a twist in the battle scene of the drug war. Those '60s hippies, liberating their minds, dropping out and tuning in, were too much of a threat to established corporate order. Thanks to stigmatization, LSD and other psychedelic drugs became highly regulated Schedule I drugs in the U.S. when the Controlled Substances Act was passed in 1970. (In Southeast Asia, possession is punishable by death.)

The Plan to Stop Hallucinogenic Therapy Probably Went Something Like This

These humans liberating their minds…How to keep them in line?

How to make money off of their desire to still feel good?

Either fine them an arm and a leg if you find them with drugs…or set up an industry to make even more addictive synthetic drugs that create an abnormal “happy” state (but still one in which they can drive and think “rationally”).

We will use the pharmaceutical industry to dose it out.

Nearly a quarter of middle-aged women in the U.S. today take an antidepressant. That’s one in every four. Let that soak in.

I am, normally. But like anyone else, I have my moments. Perhaps I even wear a veil of fear around. It creeps in more or less, depending upon who I’m with. Every time I take psilocybin, on a beach or on a hike, I remember that there’s no reason to be afraid. I get to watch myself from that “other” point of view. My belly distends a bit more with my breath and I relax.

Can that be available to all humans soon?

Psilocybin Therapy is Only the Beginning

Fortunately, today we’re making headway. The second wave of the psychedelic renaissance is upon us. And we have many modern leaders to thank, picking up the work of the researchers from the '60s alongside shamans and our ancestors from the dawn of homo sapiens. Thanks to organizations like the Multidisciplinary Association for Psychedelic Studies (MAPS), still at work 40 years strong, we are bringing consciousness into the limelight, along with the ability of the psyche, when lovingly explored, to heal itself.

Current studies, all the way through to stage three of clinical trials approved by the FDA, show psychedelic-assisted psychotherapy to be incredibly promising in reversing PTSD. The test study group? Veterans. Whereas the normal route of prescribing a pharmaceutical for PTSD has about a 23 percent success rate, the MAPS trials are showing psychedelic-assisted psychotherapy to have a nearly 70 percent success rate. You just don’t see those kinds of numbers in normal experimental trials.

We’re getting somewhere, even if, as usual, we have to rely on science to “prove” the obvious.

Neuroimaging and DMT research is being done at Imperial College London by Robin Carhart-Harris, a generational leader. Psilocybin research at Johns Hopkins and NYU prove that mushrooms are, beyond a doubt, better antidepressants than the ones doctors prescribe—so much so that we don’t even need to keep taking them in order to keep healing.

And in the psychedelic world, mushrooms are just an entry door. For those who need more of an underworld experience, there’s peyote, iboga (which I don't recommend) and of course ayahuasca (which people who aren’t native to the Amazon really shouldn’t be doing, due to their lack of cogni-ethnological priming). For those who might need more of a celestial experience, LSD, San Pedro cactus or even the synthetics MDMA or DMT might get you to see through eyes you didn’t know you had.