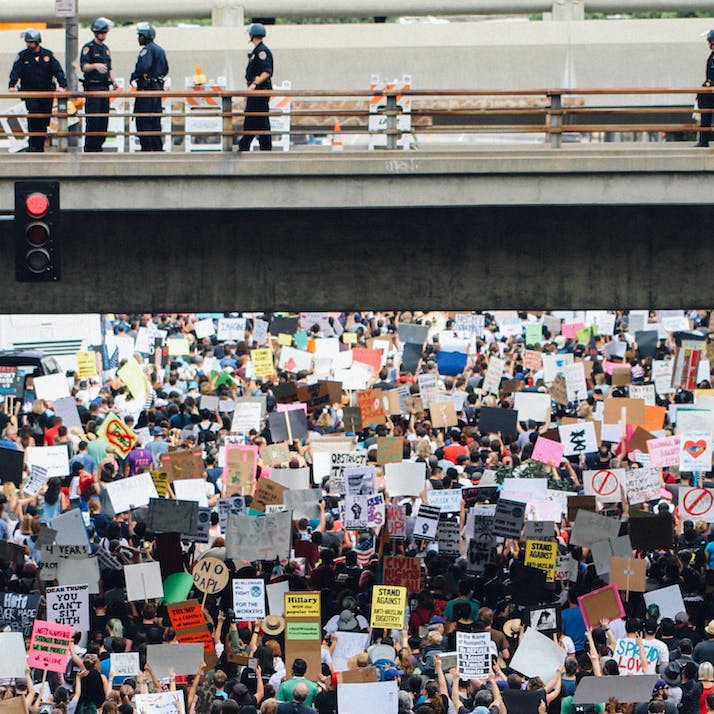 I’m a Veteran Activist and Protesting Needs to Change

An organizer reports that marches, in their current state, are not working.

Last year, I helped organize and participate in the largest climate change protest of all time. Inspired and led by famed youth activist Greta Thunberg, the Global Climate Strike brought together millions of people around the world to loudly proclaim that our leaders aren’t doing enough to fight against the incoming horrors of human-caused climate change. In response to this outpouring, the governments of the world came together to fight this common enemy. United in their goal, the citizens and leaders of the world have since worked to end fossil fuel extraction, create unionized green jobs and restore once-wild parts of the world under the guidance of indigenous leadership. Climate change has been averted.

Yes, I did participate in this march and, yes, I have been an organizer around issues of climate justice for many years now, but I don’t think that the Climate Strike protest—or any of the large-scale protests I’ve participated in over the last decade—have done anything to halt climate change or any of the other societal ills we’ve marched against. This is a demonstrable fact that many in the NGO-industrial complex who organize these marches will argue against, but numbers don’t lie. We have had more protests and demonstrations of all sorts in the past few years than we had in the previous decade but temperatures keep rising, resources keep being extracted and capitalism continues its death march into the rising sea.

How Effective Are Protests, Really?

I don’t blame all this on my fellow organizers or activists. For me, the ultimate blame lies with the capitalist class that profits off the death of the world and the governments who support it, tacitly or otherwise. I also don’t think the problem with demonstrations only applies to climate work.

The Women’s March has boasted record numbers each year since its inception, yet at the same time, strict abortion laws have been passed in several states and protections for LGBT people— particularly trans people—have been under attack. Following the murder of George Floyd, 5,000 people marched in New York City to defund the police, only for the City Council to respond by engaging in tricky bookkeeping and shifting around $1 billion of the city budget instead.

We must be honest with ourselves and critical of our tactics, strategy, and theory of change. What we are doing is not working and is, in fact, working against us. Large protest actions like the Women’s March, the People’s Climate March and the School Strikes for Climate—the type of demonstrations that have become synonymous with the Trump era—are at best ineffective, and at worst counterrevolutionary, actively harming any chance for lasting, radical change.

Politics is a contest of power. Where this power comes from, and how it’s wielded, are the basis of all political philosophy. If you believe, as I do, that power resides with the working class, your job as an organizer is to educate, activate and mobilize the largest class in the world towards acting in its own best interest.

Here is a (very) short course on direct action: You have tactics such as marching, boycotting, strikes, riots, occupations and so forth. You have strategy (how you choose to deploy your tactics over the long term) and you have targets (people in positions of power who can give you what you want and to whom you make demands). In good actions, tactics are aimed at an individual target, in service of a larger strategy, to get to a specific goal. If you don’t get what you want the first few times, you escalate tactics. But this very simple formula is almost entirely lacking in much of today’s spectacle-based marches.

“”
For me, the ultimate blame lies with the capitalist class that profits off the death of the world and the governments who support it, tacitly or otherwise.

What I’ve found happens at large marches is that people, especially people who are new to political work, feel liberated, but what they’re really experiencing is catharsis. Catharsis is the sacrifice we offer up at the altar of protest. Whether it is the signs and speeches that proudly denounce one’s own privilege and beg to be forgiven for our original sins, or the fist raised, the chants chanted, the pictures taken of us there, we beg for catharsis. Revolution is uncomfortable, and change is uncomfortable, so we go to marches to seek comfort and some kind of release: to prove, to feel, that deep within us we really are good, and the world really is okay. We can go home after to watch TV and eat our favorite food, but now we feel good, we know we’re good because today we did something.

But what did we really do?

For many, protests have become a way to generally say, “I don’t like this,” or, “I do like this”—in other words, a way of making your voice heard. But making your voice heard for the sheer point of making it heard, without directing it at a particular target or making a clear demand, is the definition of navel-gazing–pure catharsis. People rightfully mocked the Instagram model who used a Black Lives Matter protest in L.A. as a backdrop for a photo op, but how many people posted essentially that same picture on their own Instagram? All this posing and posting are just talismans against appearing “unwoke,” a smear of blood over the door to show that we are amongst the chosen. Marches, protests and, yes, riots can all be effective ways of channeling and directing collective power, but they must have clear targets and clear aims. Without a unifying left-wing movement, those are difficult to come by, which leaves these demonstrations as little more than spectacle.

One can easily see what the capitalist class, and the state that manages it, considers dangerous based on how they respond to perceived threats. To me, it’s very telling that the more liberal, white activists of the ‘60s and ‘70s are mostly alive and out of jail, while the anticapitalist, mostly Black activists of the same era are not just dead, but were actively spied on and monitored by the U.S. government.

Today, it is the same story with (mostly) new actors. Let me make this very clear: For all the freedoms the First Amendment grants, if the U.S. government wants you to shut up, it has many tools at its disposal to do so. If you’re an activist who’s alive and speaking with a large platform right now, it’s only because the state allows it. If you go unchallenged, it’s because you aren’t challenging power to the degree that those in power see you as a legitimate threat. If marches occur without incident or arrest, it’s because those in power want it to be so, and if they want it to be so then you really must question the effectiveness of what you’re doing. If you’re not making people in power scared of—at the very least—being voted out of office, you aren’t doing your job.

“”
If you’re not making people in power scared of—at the very least—being voted out of office, you aren’t doing your job.

We Need to Get Real About How We Protest

I’m not saying any of these repressive tactics are right. I’m merely being honest about the game we are playing. I’m pleading that instead of channeling our time, money and energy into sheer spectacle for the sake of emotional release, we instead direct it into building institutional power that can actually challenge the status quo.

I don’t think hope is lost. In fact, these new waves of protests and newly activated people give me a lot of hope. But sustainable hope lies in creativity. It lies in admitting what doesn’t work and trying something new—something disruptive, something liberatory. In July, activists in New Orleans blocked the courthouse where evictions were supposed to take place. In the United States and Canada, people have blocked pipelines with their bodies. Political power can—and is—being built through strikes and organizing in the workplace. I am an activist because I believe that people, the world and reality itself are capable of change. It’s time for us to do just that.