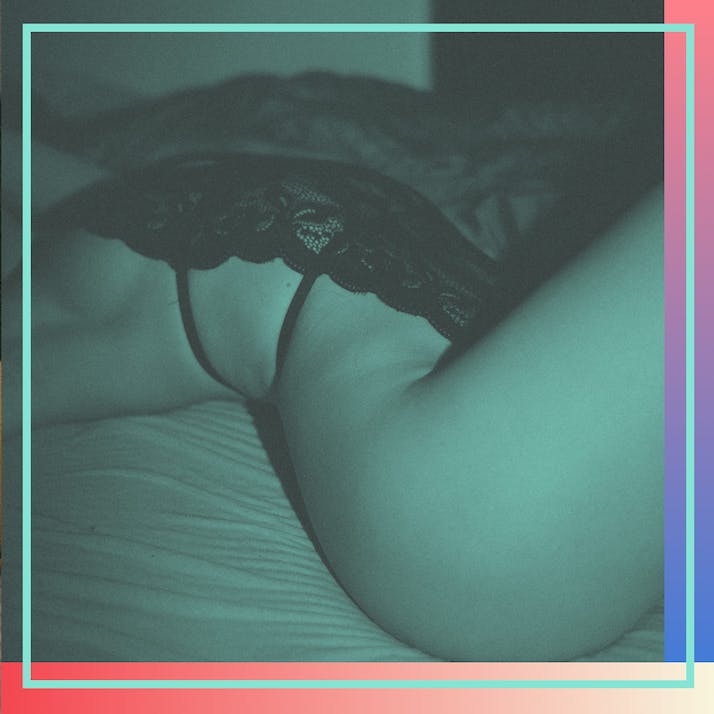 What I found on one of the sexiest places in the internet.

“I post to Gone Wild, like, once a year when I need a confidence boost,” my friend said in a recent conversation.

She explained that r/GoneWild is a subreddit where Redditors share naked photos of themselves for other users to upvote. With over 3 million members, the community is one of the most active on Reddit and one of the sexiest places on the internet. The page is also surprisingly supportive and kind. It's rare to see rude or negative comments posted underneath photos, and all body types are appreciated.

I was intrigued by our conversation and decided to post to Gone Wild. I’ve always liked taking nude photos of myself and sending them to partners or random crushes. There is something nice about looking at my body in a photo and enjoying what I see. It reminds me that a sexual being lurks underneath the baggy sweatpants.

“”
Posting a nude photo of yourself to a 3,000,000-plus member community is quite thrilling.

I Started Sexting a Stranger Who Commented on My Nudes

After creating a Reddit account where I could post NSFW content, I soon found myself alone in my room in front of a full-length IKEA mirror. It’s not easy to hold a phone while photographing your body from an attractive angle. I made sure my face, photos and other personal items that someone could use to identify me were not visible on the screen and started snapping away.

Now there was just the question of what photo to post first. I chose a likable nude and hit “Create Post,” feeling a rush of adrenaline. Posting a nude photo of yourself to a 3,000,000-plus member community is quite thrilling. I did not know what to expect, but I was ready to be surprised.

Almost immediately, my phone started buzzing with notifications from private messages, post comments and new followers. I had never felt more popular. Most of the messages were frightening dick pics or long-winded introductions from Star Wars fanatics. It was fun to read through all of them.

One message stood out. It was from a user complimenting my tattoo. I replied. My inbox buzzed immediately with his response, and soon, we were in an electric conversation about tattoos and his ruined boxer briefs. Talking to my sexy new pen pal was fun and made me feel more wanted than I had in a long time. Soon, we were messaging every day and exchanging nudes. When his name appeared on my phone screen, I immediately felt turned on. It was like a Pavlovian response.

One time, I was in the middle of cooking dinner with my roommates when my phone buzzed on the counter. I immediately became distracted and stopped listening to the discussion about growing herbs. “Basil, thyme, dill…what else?” one of the roommates asked. Instead of answering, I read the words “miss youuu” on the screen. “Miss you too,” I said out loud.

“What?” my roommate replied.

“Oh, sorry. I meant mint,” I said, confused. Then, I slipped out of the kitchen and up to my room, phone in hand.

Between the sexting, we filled in small details about our lives. He was older and working from home in a nine-to-five job, feeling trapped during COVID. I was at a particularly chaotic time in my life. I had just finished university far away from home and was unsure where I wanted life to take me next. Perhaps my life sounded exciting and novel to him, while his stability and routine attracted me. While we lived on opposite sides of the world, we often imagined how it would be to meet in person. We talked about what snacks he would have waiting at home when I arrived and what bars I would take him to while playing tour guide in my city.

After about a week of talking, he asked, “Would you ever show me you? Like, if I did too.” We had seen just about every part of each other's bodies except for the face. While in theory I know never to share my face with an internet stranger, I felt safe enough to send a photo of myself. His face was surprisingly attractive and confirmed hot people are hanging around Reddit. I saved it to my camera roll and looked at it an embarrassing amount.

“”
Maybe you can only sext so much before the phrases start to feel stale and the ass pictures become repetitive.

I Didn’t Know the Person I Was Texting Was Married

Our intense messaging continued for about a month before he shared a surprising piece of information. After I sent a photo of myself one night, he replied, “There’s no way you could be single, right?”

“Mm, it’s complicated,” I typed. I had been dating a good and kind person for several months. While I liked their company, I was in the process of getting to know them and figuring out what type of connection we had. We were in more of an exploring phase than a committed one. “Are you single?”

“I knew it!” he wrote. “And same, it’s very complicated. You might hate me forever.”

My heart immediately started pounding. I gripped my phone tightly, waiting for it to buzz with his next message. A minute later, I received a photo of his hand. On one of the fingers was a sleek black wedding ring. He explained that he had been together with his wife for a while, but the passion had faded. He described it as a dead bedroom situation. At first, I didn’t reply. There are certain things one knows to be wrong or right, and sexting with a married man is generally considered wrong. Was this something I wanted to be involved with, however indirectly?

Eventually, I wrote him back “good night” and fell asleep. When he messaged me the next day, I replied. I liked talking to him too much to make the “right” decision.

“I thought you hated me,” he wrote.

“Would you be sad if I hated you?”

He apologized for not giving me the whole story in the beginning and said he got caught up in the joy of feeling wanted again. A part of me did feel bad that he was sending sneaky messages while eating lunch with his wife. However, it didn’t stop me from continuing the internet affair. We chatted for about another month or so, but the messages lacked the same electricity. Gradually, our responses slowed, and the conversation died. I started to prioritize the life around me instead of our digital conversation. Perhaps reality replaced fantasy. Or maybe you can only sext so much before the phrases start to feel stale and the ass pictures become repetitive.

Looking back, what bothers me most about our interaction is that he said his situation (being married) was about the same as my situation (dating someone). I don’t think being married is the same as casually dating around. Marriage is a big commitment one should handle with honesty and care. I hope his partner would understand and be OK with him sexting strangers on Reddit as a way to fill his needs. In the end, this experience made me think about what I want (and don’t want) in my own romantic partnerships. If I choose to get married in the future, I would like to be comfortable communicating with my partner when I feel unsatisfied with our sex life. I hope we will be able to find solutions together, even if that means opening up the relationship at some point.