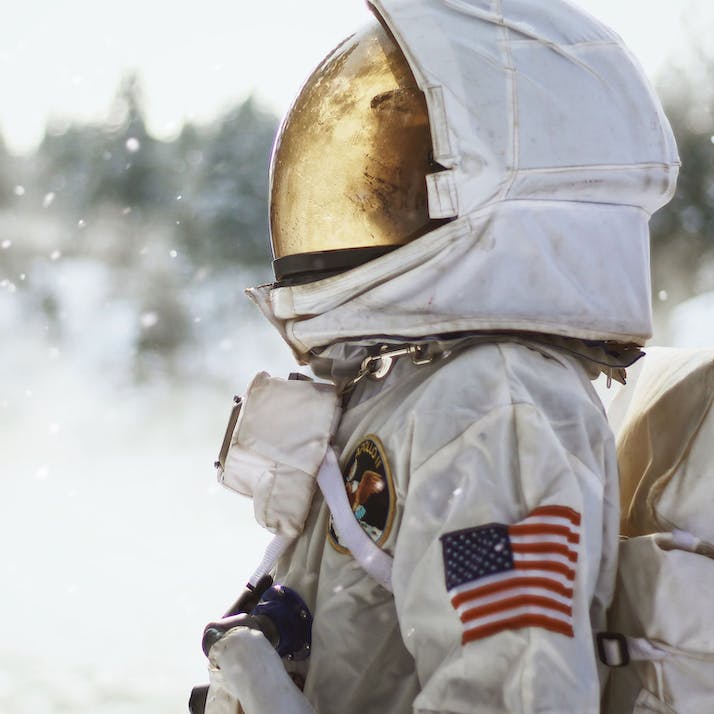 The Politicization of Science Is Causing America to Fall Behind

A space scientist marvels at his industry’s achievements, but worries the American public has given up on critical thinking.

I thought we were getting a little old for all-nighters in the car. But it seemed worth it to give the rocket launch another try and still make our return flight out of Atlanta without incurring those pesky change fees. We had tickets to watch the launch of the Transiting Exoplanet Survey Satellite (TESS) on a Monday, but it was canceled as we boarded the busses to the viewing area. The next attempt wouldn’t occur until Wednesday evening, and we had our flight home booked for early Thursday morning. Watch the launch, attend the after-party in Cocoa Beach, drive seven hours to make the morning flight.

I’m not part of the TESS team, but several of my long-time colleagues are. I’ve been following their efforts and progress over the years with excitement and increasing anticipation, especially after NASA officially selected TESS as a Medium Explorer mission back in 2013. TESS is surveying the whole sky, looking for telltale tiny and short dips in the brightness of thousands of nearby stars, which indicate that an exoplanet has crossed in front of its host star. So far, it has discovered at least 79 new exoplanets and found more than 2,000 “transit-like” events. Some of those exoplanets might even support life.

People who don’t follow science developments with particular interest might still occasionally take note when an especially alluring mission gets launched into space, and perhaps think of it as a common occurrence. However, for most scientists, whose field necessitates access to outer space, a single launch is often the highlight of their careers. Ideas for space science missions get tossed around all the time. They often start with a single idea, founded on years of practice in the field, triggered by a paper or a seminar, followed by discussions with peers, presentations at conferences, etc. The best ideas develop a following, and leaders will try to gather collaborators to improve and round out a concept.

At some point, you decide that you are ready to enter the competition. For a proposal to be competitive in the Medium Explorer NASA program, which only accepts proposals every two to three years, a team has to be formed consisting of multiple expert institutions (universities, spacecraft builders, NASA centers, etc.). They must invest at least a year of hard science simulation, as well as give design, engineering and technology demonstrations by many dozens of people. Countless boxes have to be checked—from the science addressed by the mission, to the required performance of the science instruments, to the readiness level and development of all technologies needed for a successful mission—along with management, schedule, cost and risks associated with all of the above.

Call this the regular season. Out of maybe ten to 20 separate 200-page proposals, NASA will typically select the top two for a ten-month so-called Phase A concept study (the playoffs). If you don’t make the playoffs, you can try your luck again next time around. During Phase A, every aspect of the mission gets refined and technologies are improved as much as possible within the given time and fiscal constraints. The proposers submit a study report, NASA has it reviewed by a team of outside experts and, in the end, there can be only one: NASA selects a single proposal for flight. The winner features the most compelling new science (which often requires the most advanced technologies), with the highest probability of success (defined as building and launching on schedule within budget and achieving the science goals). At this point, NASA (and the American taxpayer) is getting an amazing package, without having spent any significant money: the best, least risky idea, crowned from a competition of more than 1,000 highly trained scientists and engineers.

A well-known saying in our circles is “Be careful what you wish for, because you may get it!” For the next four to five years, the chosen team will have to dedicate itself exclusively to turning its mission into reality under a tight schedule and budget—and with NASA constantly breathing down its neck. Things will go wrong, suppliers will miss deadlines, schedule and cost reserves will shrivel up. Missions can even get canceled if the team falls behind too much.

“”
The scientific method doesn’t care whether we appreciate it or not.

With this background in mind, we finally arrived on Wednesday at the Kennedy Space Center’s Apollo/Saturn V Center viewing area, about six miles from Launch Pad 40, for the second launch attempt. Excited tourists, delighted TESS team members and their families and friends filled the bleachers. How much work, sweat, effort, late nights, worries, sacrifice and enthusiasm had it taken to get to this point? How many years of education and training for the hundreds of contributors before they could even put themselves into positions where they could become part of this endeavor? The SpaceX Falcon 9 rocket carrying TESS was patiently standing upright in the distance across the Florida swamps. I had seen many rocket launches on TV and YouTube before, but I wasn’t ready for the viscerally uplifting experience of being there in person.

The countdown went all the way to zero. White clouds started billowing, and to everyone’s delight, ever so slowly and gracefully, the white rocket pencil elevated itself, balancing on a surprisingly bright little “welding spot.” Some 30 seconds later the unearthly sound of the rocket engines reached us, with the lower frequencies reverberating through our lungs and guts, while we continued to watch the rise in awe. For a few minutes, mankind was uniting, witnessing and fulfilling the age-old dream of ascending to the stars—a culmination of the best of knowledge and skill, wrested from the secrets of nature over the course of millennia, driven by curiosity and the desire for exploration.

It is a privilege to be able to contribute to such endeavors in a society that still finds them fascinating enough to be willing to support them. In the case of TESS, all of this excitement was achievable (including launch) for under $300 million—less than the cost of a single F-22 fighter jet.

“”
I learned early in life that things aren’t always the way I want them to be, and sticking my head in the sand won’t change that.

The Harmful Politicization of Science Is Apparent in Our Everyday Lives

On a different scale, many of us hold marvels of technology in our own hands, another result of generations of discoveries in science and hard-won knowledge arduously gained by millions of inventors, scientists and engineers. They’re based on the same types of achievements that made space flight possible: smartphones, which would be impossible without more than a century of global investment in basic science that brought us quantum mechanics, lasers, semiconductors, LEDs and so much more. Most of us appreciate science and technology, as long as they uplift the mind, create physical comfort and enable enjoyable activities.

Of course, the scientific method doesn’t care whether we appreciate it or not. Engineers cannot build working products that violate the physical laws of nature. Science is, for all intents and purposes, objective. Our opinions don’t matter: It is what it is. We happily use the fruits of science and engineering, typing away on our computers, surfing the internet on our phones and watching TV on 8K flat screens in our air-conditioned homes.

However, the moment these same foundations—the same laws of physical science and how they are applied to technology—produce results and predictions perceived to inconvenience everyday life and activities (global warming, environmental pollution, the coronavirus pandemic), they get politicized and attacked in the U.S. to an extent that is unparalleled in the “enlightened” Western world. All of a sudden, the people at the foundation of our knowledge and technology infrastructure that brought us most of what we use all day are dismissed as “elites.” We quickly choose to follow and believe whatever comes out of the mouth of certain individuals and groups solely because we like what they are saying, even if it completely contradicts established scientific facts.

I learned early in life that things aren’t always the way I want them to be, and sticking my head in the sand won’t change that. Have we given up on critical thinking and facing reality, just because it takes a little effort and inconveniences us? This is a sure path that will take us faster than we think from the top of the world to wading in mediocrity.

Why do people from all over the world want to study at American universities? Because over many decades, they offered academic freedom to the best of the world who fled repressive regimes, and provided a strong scientific and technology infrastructure for basic and applied research. The best joined the best, and these institutions rose to the top, becoming more and more attractive and able to select from the most talented people across the globe. But this self-reinforcing cycle is getting weaker fast. Not only is the rest of the world catching up with better and better universities and research infrastructure (in some cases already exceeding the U.S.’s), but we are falling behind in support of basic science (less than three percent of our military spending), while current U.S. policy is actively making it more and more difficult and undesirable for international students and researchers to come here to work and study and to finish their degree programs.

In doing so, we are on track to limit our top universities to a talent pool that makes up only about four percent of the world’s population (i.e., people living in the U.S.), giving up on the remaining 96 percent and leaving them to help the rest of the world to surpass the U.S. I would call this shooting yourself in the foot—but this is what happens when your head is stuck in the sand.