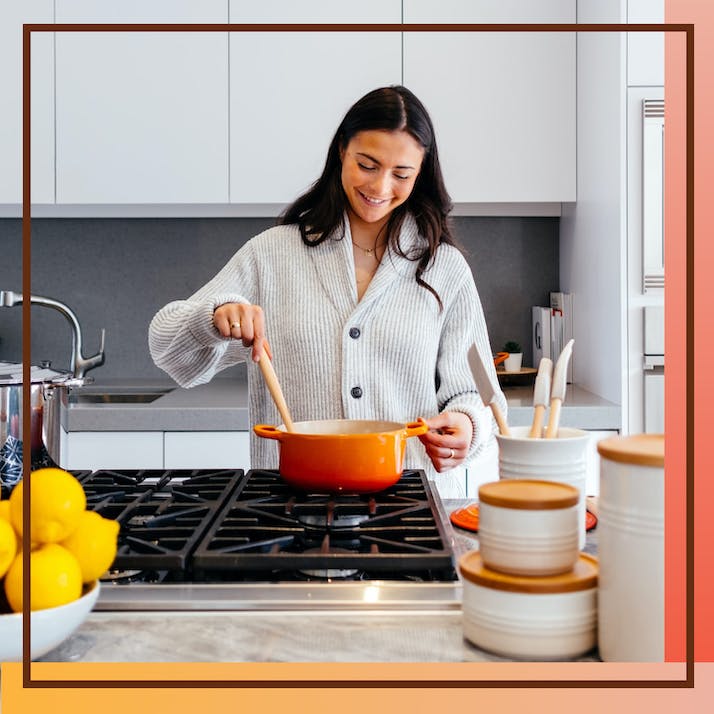 A former private celebrity chef shares some surprising secrets she overheard while making meals for the mega-wealthy.

If you want to know what’s going on behind the scenes in a family, head to its kitchen. This room of food preparation is where people feel an urgent need to divulge everything that’s going on in their lives to one another, and the things you’ll learn there if it happens to be your workspace are downright shocking.

As a former private chef to celebrities, I've been privy to some outrageous family matters. Perhaps because food is a medium that connects people, or because it feels less formal than a family room, the kitchen is a place where people talk openly—and somehow, my clients always managed to forget about the girl cooking in it.

If you’ve ever wondered why any person in a celebrity household has to sign an NDA, I’d say the number one answer is because of what they’re bound to overhear in the kitchen. For as much as I tried to ignore the people speaking loudly just feet away from me, I was never able to block the entire conversations out of my mind. And often, they were disturbing enough that I wished I had.

“”
They did, however, offer to pay for her abortion, an offer that she ended up taking them up on because she didn’t have any other choice.

The Worst Conversation I Overheard Was All About Optics

Throughout these years of inadvertent eavesdropping, some of what I heard was to be expected of the rich and famous. For example, one couple lamented that, having earned $2 million dollars the year prior, they were being forced to pay $100,000 in income tax. I did the math in my head while they spoke about this calamity and quickly realized they were upset that they owed a measly five percent of their year’s income in taxes. If taxed similarly to the average worker, that number would have been significantly higher, of course. Yet from their mansion in the hills, they plotted how they could get this amount reduced.

Other family matters were more mind-boggling. Many years later, I cooked for a family while they spent an extended vacation in America (they lived abroad full-time but were staying in the States for a year). The household had numerous nannies, which is common in very high-income families, and it had just learned that one of the nannies was pregnant. Despite her own family’s lack of support, the nanny wanted to keep her baby, and in the country where she and her employers lived, she was covered under their health insurance by law. However, if she went through with the pregnancy, her insurance didn’t extend to America.

In order to see her pregnancy through, the nanny requested that her employers offer her American insurance, and specifically insurance that included maternity benefits. They declined due to the cost. They did, however, offer to pay for her abortion, an offer that she ended up taking them up on because she didn’t have any other choice. She was essentially alone in a rural area, pregnant in a foreign country, with no resources, without citizenship beyond a work visa and with no access to care.

What shocked me the most as these conversations unraveled feet away from me weren’t the basic facts of the situation—outrageous, maddening and heartbreaking facts considering the unlimited resources and money the family possessed—but the continued focus on optics. The matter was reviewed from every angle, with assorted personal staff members, in relation to how it would look if something was leaked to the press. The primary struggle was: Would it be worth it to spend the money for health insurance just for the sake of looking like better people, or were they safe enough from exposure to not have to do that? They decided on the latter, and there was one less child brought into the world accordingly.

“”
That family was likely the least well-off of anyone I ever cooked for but filled with the most joy.

Wealth and Status Does Not Make a Happy Family

In addition to the gossip you overhear while cooking for hours on end, spending time in another family’s kitchen makes you privy to unexpected family dynamics. We have a myth in our culture that money equals happiness, and working in countless mansions made it clear to me how much this isn’t the case. I saw divorces unfold in real time and children who were so badly behaved that families couldn’t keep assistants on staff.

The happiest occasion I ever cooked for was a surprise birthday breakfast that a husband purchased for his wife in their 600-square-foot apartment. The wife was a new mom who had many dietary restrictions, and the husband had taken over morning baby care duty so that she could sleep in. He spoke excitedly to me all morning about everything from the experience of fatherhood to how thrilled his wife was going to be when she woke up. He was correct about that: When she awoke to a table set with her favorite breakfast foods, she broke down in tears and called her mother about what an amazing gift she’d been given before even eating. That family was likely the least well-off of anyone I ever cooked for but filled with the most joy.

For as many happy tales as I saw, there were far more downright sad ones. In one grandiose home in Beverly Hills, I was to spend every afternoon in between lunch and dinner preparing snacks and baked goods for a retired couple’s grown children, just in case they stopped by. Though they lived locally, they never visited, and the food was tossed in the trash on a rotating daily basis. Yet when I asked if perhaps I shouldn’t continue making food to only be thrown out, the client insisted I not stop. “You never know when they might show up.”

I’ve moved on from that field of work for many reasons, but I remain grateful for the unique lens I got into the lives of others. I learned that happiness comes from within, no matter how much or how little money you have. And you can bet I also learned that if I’m ever in the position to have a private chef, I’ll be keeping my mouth shut when I’m in the kitchen.