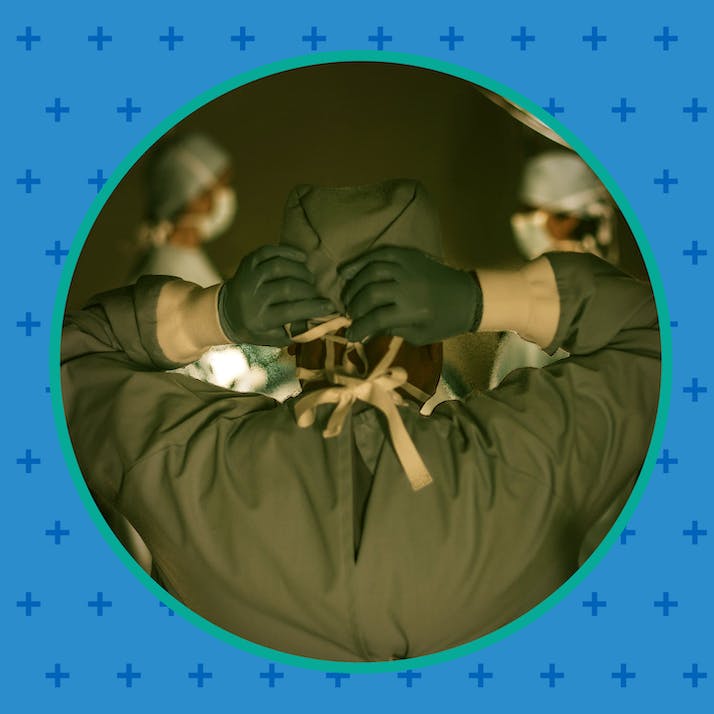 My cancer treatment showed me the realities of privatized medicine.

This is the second and final narrative in a two-part series. Here is the first.

As I found myself emerging from the haze of general anesthesia, I was pinched on the cheek, asked if I knew where I was, who I was and why I came to be in an operating theater that looked like a Star Trek set. Kidney cancer had put me on my back, and the pain that started kicking in pretty soon after I reemerged into consciousness confirmed that the offending kidney had indeed been removed.

The surgical staff seemed pleased with how things turned out. The main man said it had been a textbook procedure and that I should take my time to recover and speak to the pain management team. I was assigned a nurse who would take care of me during this admission into a private clinic in the U.K.

Because of pressure points caused directly by funding cuts and staff shortages, I had made, for me, a bit of a sell-out decision. Poor salaries, brutal hours and the patronizing, seal-like clapping of right-wing politicians and their antimatter alternatives on the left make the NHS an unattractive career option for many and again engenders the contrived drift toward privatization. I remain a lifelong supporter and defender of the NHS and all public services. I would have much preferred to have had all my treatment within the NHS, an organization I’ve paid into throughout my entire working life.

Sadly—and I mean that sincerely—I acted in fear, particularly after seeing a speech by Boris Johnson, who stated that cancer treatments were expected to be delayed because of COVID. An article in the British Medical Journal highlighted the data that demonstrates a few weeks can be life or death in cancer treatment. I wasn’t looking down the barrel of Dirty Harry’s .44 Magnum, but, well, you get the idea. I couldn’t leave it to luck.

I spent my first night in private care in something like an urgent care ward. I was monitored very closely by the nursing staff and can only rate the experience as five-star—if indeed one can rate a medical procedure in such a way.

On day two, I was moved to a less intensive and, as my wits were starting to kick back in, a less expensive recovery suite. I was worried about the cost going into the hospital, and the day after surgery, I was starting to worry a whole lot more. I felt debilitated, was catheterized and could not move too well without a whole lot of pain and some physical assistance. To cap that off, my blood and urine results on my surviving kidney were below par. However, the financial pressure of the situation forced me to pretend I was doing better than I truly felt. I’d budgeted for four days in hospital. For every day beyond the fourth, I was going to be a grand in the hole. And for me, in my humble estimation, that is precisely why I firmly still believe in free medical care at the point of access funded by a communal fund raised through tax and/or national insurance (as is usually the case in the U.K.).

“”
The financial pressure of the situation forced me to pretend I was doing better than I truly felt.

Aftercare Is One of Private Medicine’s Weaknesses

Had my surgery been undertaken within an NHS ward, a discharge plan would have been a big part of the process of preparing me to go home safely. Having worked with NHS teams in the past, I knew, more or less, how to go about creating my own discharge plan. Without this a priori understanding of what was needed—like follow-up care via a GP and contacting social services for some measure of support with my home and day-to-day well-being for a couple of follow-up weeks—I could well have run out of money and simply had to go home broke, in pain, in danger of contracting a wound infection and perhaps housebound until I was well enough to walk unaided. This is the danger of the U.K.’s drift toward an enforced private healthcare marketplace: Patients who are far from well enough to be discharged completely from health service provision, including during the crucial period after discharge from an inpatient setting, have proven to be at serious risk.

In 2021, several hundred private patients had to be transferred from acute private wards into NHS care. I was fortunate that my private care was undertaken within an NHS hospital. For starters, I could never have afforded the prices the purely private clinics quoted me when I inquired—as much as £30k at some places. I paid a third of that, and this was because under the 2012 Health and Social Care Act, NHS hospitals are now allowed to generate up to 49 percent of their income from private patients. While I’m personally lucky that this is the case, I fundamentally disagree with the necessity for the NHS to source their finances from individual patients.

Of course, as the issue was debated at the time, between 2010 and 2011, the neoliberal hawks, like Jeremy Hunt and George Osborne, were keen to prize open the NHS by the back door, so to speak, to allow for a private insurance system to emerge and eventually come to dominate the healthcare sector throughout the U.K. The devolved governments of Scotland, Wales and Northern Ireland may have control of local health budgets, but if Westminster wishes to, it can withhold funds.

“”
I firmly believe the privatization of significant social institutions is a recipe for disaster.

Private Hospitals Are Only the Tip of the Iceberg

I hold my hands up to participating in the game but still believe that if the neoliberal elite within Westminster continues its relentless race to the bottom—where medicine, surgery and other forms of healthcare are marketized and opened up for profiteering—the outcomes will be neither equitable nor just.

I firmly believe the privatization of significant social institutions is a recipe for disaster. Private hospitals, private prisons, and—with Blackstone and company—private armies? Is this the world we wish to leave to our children and grandchildren? Even at the risk of being called naive, I argue for a resounding no!