My Parents Should Have Gotten a Divorce a Long Time Ago 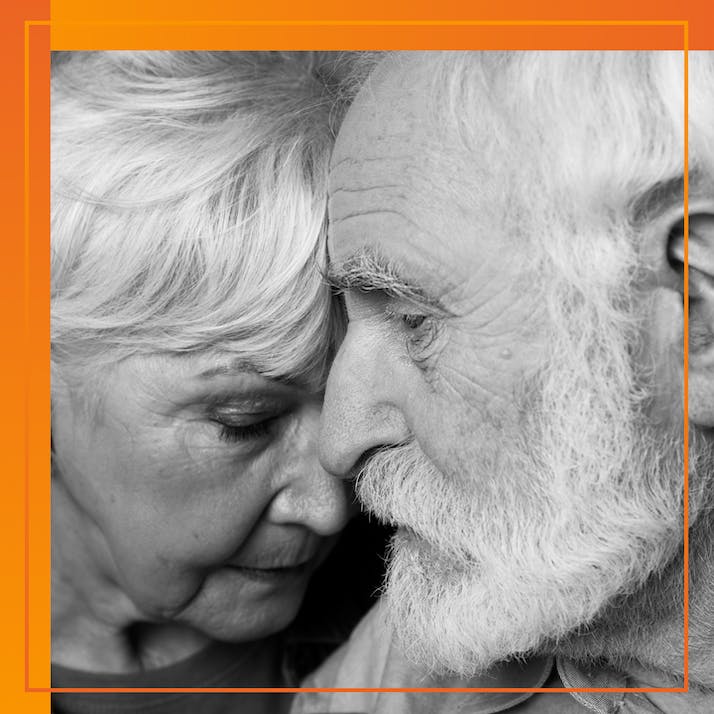 My Parents Should Have Gotten a Divorce a Long Time Ago

How else could you feel when your father never stops berating and belittling your mother?

"If it weren't for you and your sister, I would have left your mom a long time ago."

My dad said this to me when I was 12 years old. I was venting to him about whatever problem I had with my mother at the time, and he took it as a chance to do the same. But instead of an insignificant grievance like I had, he unloaded every problem he'd had with her for the last 20 years.

I was completely caught off-guard and instantly felt guilty. Were my sister and I really the reason he decided to stay in a marriage that made him resentful?

My Dad Would Be Lost Without My Mom

My mom has never had a full-time job. She wasn't able to go to college, so she didn't have a clear career path and didn’t know what skills she possessed to find a full-time position. I understand my dad's frustration taking on the responsibility as the sole breadwinner when your wife is perfectly capable of finding a suitable career. My parents always made sure we had everything we needed, but my dad wanted more, and when he realized he couldn't make that happen on his own, he started lashing out.

But while my dad takes care of our family financially, he’s lost track of how much my mom does for our family in other ways. She cooks and goes grocery shopping each week. When my sister and I were in school, she would drive us to the bus stop every morning so we didn't have to walk in the dark. The list is endless, yet he never fails to nitpick her efforts.

He complains that she forgot something at the store or that dinner that night wasn't that good, yet he's never stepped up to take on either of those chores. He was born in the 1950s, raised during a time period when gender roles were highly practiced: The husband goes to work, and the wife does everything else (because that's how it should be, right?). His job was finished once he clocked out and walked through the front door.

The truth is, my dad would be lost without my mom. He's had chronic pain for the past 10 years, and she makes his doctor's appointments, tends to him at home and cleans him when he can't make it to the bathroom in time.

The Attraction and Love Between Them Is Gone

I've seen loving moments between my parents, but coincidentally, they all fall on the same days each year. Every birthday, Mother's Day and Valentine's Day, my dad gets emotional when he talks about my mom. He praises her and writes her heartfelt cards (ones my sister and I grabbed because he forgot) that bring them both to tears.

I know he means what he writes and says, but it's heartbreaking knowing he doesn't express his gratitude the other 362 days of the year. His short temper and high self-esteem skew his opinion on just how hard my mother works. He can't see how he takes her for granted. I think these holidays force him to praise my mother, or at least give him an excuse to voice his appreciation for everything she does. I can't imagine how difficult it is, waiting to hear from your husband how much you mean to him three times a year.

It's difficult to believe in marriage when you watch two people who have been married for 30 years slowly fall out of love with each other. I'll be honest—that's pure speculation, but besides the above-mentioned holidays, I never see or feel any love between them. They don't show affection or express their appreciation and gratitude for each other's efforts. It makes me wonder if my father's "sacrifice" was worth the toxic relationship his kids grew up around. I have so many memories of my sister and me listening to our parents fight in the kitchen from the end of the hall. It happened so much, I eventually learned to drown out the sound.

It's no secret my dad is not attracted to my mom (I say that because he has made it apparent on several occasions he isn't). He openly makes fun of her weight and has made comments to my sister and me about his dislike for "fat people." He treats it as a joke, but belittling your wife isn't funny or amusing. There's a thin line between gentle teasing and outright disrespect, but your wife's weight should never be the subject of either. My father is your average 62-year-old dad with a belly and no hair. Maybe his insults are a form of projection, but you should never speak that way about your wife.

I rarely hear my mom complain about the way he treats her. She complains as much as any other wife but not about his character. There have only been a handful of times when she confided in me about how she feels.

"I think Daddy takes advantage of me. He isn't really nice to me, and it hurts my feelings," she said to me a few months ago.

Her heart was broken, and I didn't know how to pick up the pieces. I sat and listened and validated her feelings, but we both knew talking to my dad was useless. No matter how gently you approach him, he gets defensive and hotheaded and the conversation is over. His word always overpowers yours. He's big, you're little—that's how it is.

In 2009, my parents got into an argument that quickly went from bad to worse.

My sister and I were arguing about something insignificant (so much so, I can't even remember what it was), and eventually, our parents stepped in. My mom and I share a closer bond than she and my sister, so naturally, she took my side; my father did the same with my sister.

I don't remember how exactly it transpired, but the argument reached a point where my mom was yelling at my sister. Almost instantly, my dad had his hand wrapped around my mother's throat and pinned her against a wall.

I have no idea what happened next because I ran to my room sobbing. I closed the door and buried myself as far into my bed as I could, waiting for it to swallow me whole. The house went quiet, until I heard my dad stomping his way to my room. He pushed my door open so hard, I thought it would shatter into a million pieces.

He didn't say anything. He just looked at me and stomped away, but the look he gave me is one I'll remember forever. It scared me. It was his way of saying, "You better not tell anyone about this."

And I didn't—not for a long time. There was an eeriness to the house for a few days, but no one ever talked about what happened. I don't know if my mom ever told anyone about that night. When I finally opened up to someone about it years later, that vision of my mom backed against the wall came flooding back. I still see the fear on her face and I'm transported back to that night, just as scared as I was the day it happened.

My friend listened as I cried, trying to rationalize what made my father act that way. I didn't want them to think he was toxic or abusive, but why? He didn't care about what he did to his wife or the emotional damage he created for his kids.

“”
The look he gave me is one I'll remember forever.

My Father Will Never Consider the Damage He’s Created

The irony of this situation isn't lost on me. Whenever I spoke back to my mom or raised my voice, my dad was there, grabbing me by my collar, forcing me to apologize. That's one of my dad's special talents: hypocrisy.

I doubt my dad apologized after the incident. Apologies aren't really his thing (you can thank his inflated ego and headstrong attitude for that). He's more of a sweep-things-under-the-rug kind of guy. He sweeps and sweeps until you forget there was any dust at all.

Now my parents are in their early 60s, and I just don't think my dad has enough energy for that much anger anymore. Still, he has the energy to scold my mom for closing the refrigerator door too hard or to interrupt her when she's excited about something or to make side comments about something dumb she did or when he thinks she is being too loud.

If you asked my dad if he remembers that comment he made to me almost 16 years ago, I bet he wouldn't even remember saying it, but that's nothing new. He makes off-handed, hurtful comments and goes about his day, not realizing the damage he's done.

He may have brushed it off the moment he said it, but I'll never forget it.