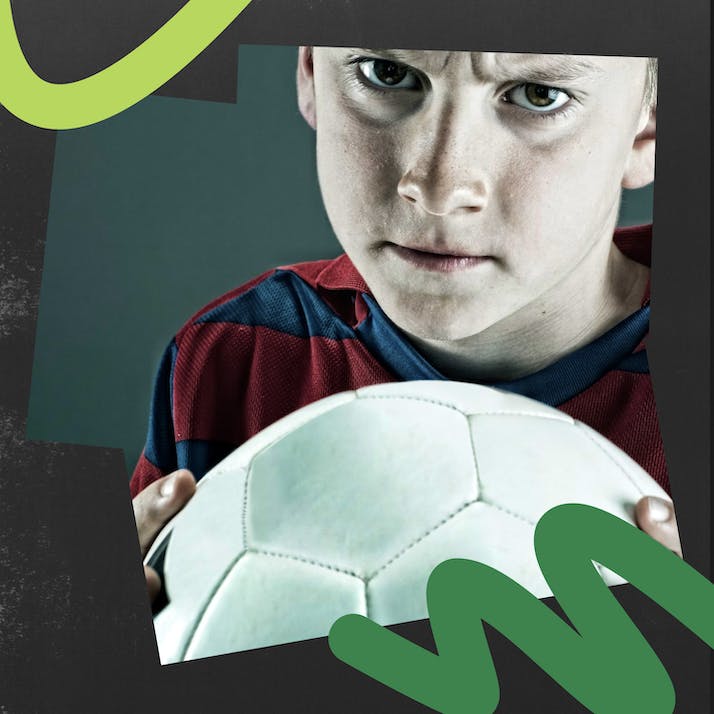 My son never got to win a soccer game during the three years he played.

“Your team,” my friend Diego told me, giving his head a sad little shake. “It’s just not any good.”

Diego wasn’t being cruel. He was simply stating an unfortunate truth. My son’s third-grade soccer team was pitiful. The neighborhood league was supposed to try to balance teams, but something had gone horribly awry in our case. My son was one of the better players, in that he would mostly stay in position and if you rolled a ball right at him, he could kick it generally forward. Most of his teammates wandered around in an abstracted daze, fitfully dashing toward the ball and then running away if it headed toward them. Diego’s son dribbled around them like they were particularly ineffectual shrubs and scored at will. We, on the other hand, never scored a single goal all season.

It didn’t help that the coach of this sad sack team was equally useless. That coach would be me.

“”
Most of his teammates wandered around in an abstracted daze, fitfully dashing toward the ball and then running away if it headed toward them.

I Wasn’t Exactly Destined to Be a Great Coach

My dismal and brief foray into coaching was the dead-end of a lackluster career in athletics that had begun before I was even born. My father was obsessed with basketball as a kid and had wanted to play professionally. When it became clear that wasn’t going to happen, he tried to be a coach, until he discovered that he couldn’t take the stress. Rather than yelling fitfully at college players, he turned that neurosis gently toward his children. Many of my earliest memories are of him demanding to know why my brother and I were sitting around the house reading when we could be out there playing ball.

“When I was your age, I’d be out there shooting hoops! Go on, get out of the house and shoot some hoops!”

To be fair, we weren’t completely averse to the game. I liked sports OK, though never as much as reading about, among other things, sports. I remember getting Wilt Chamberlain’s extremely R-rated autobiography out of the library when I was around eight. I thought the fact that he had scored 100 points in a single game was awesome, but all the stuff about how he had a giant mirror over his bed left me confused. (Despite my dad’s occasional crankiness, my parents pretty much let me read anything I wanted, bless them.)

I Was Never Good at Sports, but at Least I Enjoyed Them

My actual forays into sports were considerably less precocious. I played youth basketball indifferently, despite being tall for my age. My clearest memory from that time is of being assigned to guard an innocuous, dull-eyed, much shorter kid who didn’t look like he could find the basket with a road map and GPS technology. I mostly left him open, because what was he going to do? Someone passed him the ball, and I remember his face clearing, like some sort of basketball Buddhist awakening. Up the ball went, down through the hoop and swoosh, right into my gray matter, so I could watch it even 40 years later, whenever my brain decides it’s time to remind me that I suck.

I also swam and played soccer. I enjoyed them both a lot—it’s exhilarating to have your body strain at its limits and almost miraculously do what you tell it to do. But alas, the limits of my body’s miraculousness were always extremely circumscribed; as a swimmer and a soccer player, I was skinny, asthmatic, poorly coordinated and mediocre at best. I played soccer in youth leagues and through high school, but after eight years I still couldn’t really kick with my left foot. Coaches kept moving me from position to position, trying to find some place where I wouldn’t do much damage. Even as a senior on our crappy high school team, I never played varsity. My brother—a much better player— claimed I was robbed and that my coach didn’t know my full potential because my brother is a sweet guy who loves his sibling. But the bench is where I belonged. I just was not very good.

“”
The high point of the season, if you want to call it that, was when I realized I scheduled my vasectomy on the day of a game.

Like my father, I had some vague hopes that my own son would somehow have more athletic prowess than his dad. I wasn’t dreaming of professional or even Division I level talent. I just thought it would be nice if he was good enough to score a winning goal a time or two. So, with fingers crossed, we pushed him out there onto the field with all the other cute little soccer strivers. Go play ball!

And he did. And he was fine. But the experience was not. He got put on dreadful team after dreadful team; he didn’t win a game in three years.

The last of those was the year I coached. It was painful enough that I’ve repressed most of the details. I know that my carefully planned drills all disintegrated into kids running after balls they’d missed, or staring glassy-eyed, or wandering off to do something more fun like roll in the mud. The team soon realized that they were helpless and that I could not help them, so kids very reasonably stopped coming to practice or checked out while they were there.

When it became clear that every game was going to be an exercise in humiliation and misery, I started suggesting to other coaches that maybe we should just acknowledge that my team was going to lose from the beginning and shuffle players around so that the kids on my team got a chance to maybe experience a competitive game once or twice. The problem was that our team was so bad from front to back that there generally wasn’t a way to make two equal teams. The games were always lopsided blowouts anyway.

The high point of the season, if you want to call it that, was when I realized I scheduled my vasectomy on the day of a game. I went for the procedure and then headed for the field, wearing sweatpants because, with the gauze and padding around my bits, I couldn’t fit into jeans. When I got to the game, I learned that my son had apparently told everyone exactly why I was late, so there was lots of good-natured snickering as I limped back and forth on the sidelines. All in good fun!

My Son’s Not Interested in Sports, and I Can’t Help but Blame Myself

That was the last year of soccer for us. My son has had no interest in continuing, and neither have I. These days, at 17, he’s an artsy theater kid who sneers at “sportsball” and reads Shakespeare and Edward Said, not Wilt Chamberlain’s autobiography. He lifts weights, and before the pandemic, he enjoyed PE units on swing dancing and even volleyball. But while he is better at most things than I am, or was, or ever will be, his experience with sports is even more lackluster than my own.

I read somewhere that it can take multiple generations to achieve a career dream; when you don’t quite reach your goal of being a writer or an actor or a great mathematician, you pass the dream and the connections and the expertise down to your kid, who may make a better run at it.

By the same token, it can take a few generations to give up on a goal completely. My dad wanted to be a professional basketball player; his kids just wanted to maybe do OK in high school or Division III sports. My son has given up on even that. And if he has kids, he’s not going to be urging them to go play hoops. I wish I’d managed to instill more of my love of athletics and soccer in him, and maybe if I’d been more passionate or a better coach I could have. But that’s the thing about sports. Sometimes you win. Sometimes you lose.