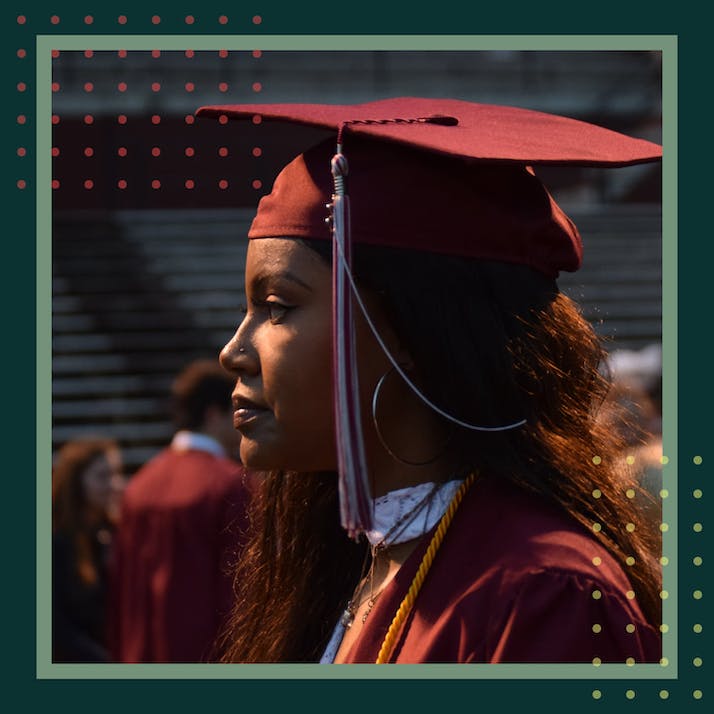 There’s a painful stigma for those who can’t find a job or lean on a reference.

As the foot connected with my hip, I knew that it would just be ignored, like all the other times I’d been hit, punched and spat on. The verbal abuse from staff and patients ran through my head even after the day was done. I knew I was done as a nurse, but I still needed to pay my bills.

My first degree was in healthcare. I worked in that system for just under a decade. But the thought of going to work would often make me panic—a throw-up, tense-muscles, intense-headache kind of panic. I’d been physically and verbally abused at work many times, and after a while, I felt broken and defeated. So I decided to focus on something else—getting another degree. I wanted a completely different life, and the “transferable skills” that everyone talks about were the things that hurt me most about my previous job. Being surrounded by intense emotions—like rage and fear, all the time—made me want to scream or cry. I’d wait until I was home and begin to play the bad stuff in my head over again, circling deeper into the drain of desperation and despair.

Soon, I got an honors degree in arts, with an archaeology major. The problem was, it wasn’t enough to gain employment, even for an entry position. Nor was my post-graduate teaching degree nor the graduate certificate and other certificates that followed. That’s when I officially became unemployed. I chose to still pay taxes and moved back home with my family. I’d dug myself into a hole, had to leave my place, as I couldn’t pay the bills, and slowly started to dissolve into depression and hoarding.

I felt broken. On top of losing my father, nothing makes you feel less independent than the thoughts that you had given up at your job and lost your home, all within the same year. I felt like I’d failed at being an adult. I’d achieved so much by the time I was 25, and now it was all gone.

“”
Nothing makes you feel less independent than the thoughts that you had given up at your job and lost your home, all within the same year.

The Government Can Cut Your Benefits Over a Simple Clerical Error

Eventually, my friends started to leave. I thought that was due to my spiral and I didn’t want anyone to come down with me. Then, I was told it was because I was unemployed, which, to them, meant I was pathetic, lazy and self-indulgent (yes, that’s what they said).

One said that being unemployed was worse than working in an unsafe job—to them, injury and mental health considerations were not important, so long as you were “contributing to society,” a statement that completely ignored my previous jobs. They also told me I was a burden to taxpayers and too picky when it came to working. None of these statements helped build my confidence or self-worth, both of which I was lacking.

When you’re on unemployment benefits, you need to apply for about 20 jobs a month, make appointments, try mini-courses and attend work placements. If at any stage this isn’t achieved, the government cuts off your benefits without warning. Being unaware that I had zero money for food at the store was demeaning and harmful.

Here’s how the next conversation goes: You call your work-support company and are told you’ve been cut off because you didn’t attend an appointment—you know, the one that you were at yesterday? Well, your attendance wasn’t submitted. Your money will come through eventually, but you’ve now received a demerit point. Keep getting those and you’ll be cut off permanently.

I knew someone who had lost a letter stating that their local community college was closed for the holidays. They went without money for a month. They found out two days before Christmas that they hadn’t been paid while in line for groceries.

I’d been unemployed for a couple of years, so I had no references, no experience and no real hope of finding another job. I searched for “achievable” or “survival” jobs, as I was told to accept anything, even if the conditions were bad or unsafe. A work-support employee told me, “You’re just a better person if you work.” Basically, they thought the unemployed were bad, despite it being their job to help the unemployed.

As part of my unemployment benefits, I had to commit to a work placement. The jobs there are similar to, if not the same as, the jobs for those on parole or working on a community corrections order. They include warehousing, telemarketing and working in soup kitchens, as well as reception or computer work. You’re practically punished for being unemployed.

I ended up getting lucky. The placement allowed me to get the confidence of working with others again and acquire some references. After a month, I got a job teaching adults. I had the qualifications, the employer was desperate, and I was the only qualified candidate—but a majority of the other unemployed people were not as lucky, surviving on their third or fourth round of placement.

During one work placement, I sat in a 41-degree warehouse, dismantling machines, surrounded by everyone from homeless people to Ph.D. candidates. Each of them had a story, but for whatever reason (mental health issues, flooded markets, non-English backgrounds, zero qualifications or experience), they had been unsuccessful at landing a gig for at least a year. One person had escaped an abusive relationship and raised their kids alone—they couldn’t find a job because they had no “relevant experience.”

Another had worked in an industry for 25 years. His company had gone bankrupt and let him go, leaving him with a very specific job experience. Another had a psychiatric illness and was unable to stay in one work environment for more than a month before it became too overwhelming. Some had been in prison; others had dealt with substance abuse issues. Even when you’re employed, you don’t know if the person next to you shoots up before work or if they just have to have a few bottles of wine when they get home.

During work placements, I would hear supervisors call other people “fucktards” and “useless cunts” and tell somebody they were too fat to work. When some supervisors would comment about a woman’s breasts, they shrugged off complaints as good old-fashioned “boys will be boys” culture, demoralizing a vulnerable person because of a natural occurrence. Again, these were supervisors, apparently trying to prepare and show us how to behave in a workplace.

“”
I’m scared, as I know that eventually, the payments will stop and I will have nothing.

It’s Easy to Lose Confidence When You Keep Facing Rejection

The unemployed are not less than you—they may be depressed, bent, spent or broken. But don’t assume that they sit at home watching TV, taking advantage of taxpayers. Sometimes, circumstances happen completely out of our control (like a pandemic). And looking for work is hard—each knockback makes you feel a little less heard, a little less important, lowering your confidence one rejection at a time.

When you do get an interview and an employer asks for references, well, that kind of breaks your heart. Because there are no references. I’ve spent hours on one job application and one cover letter addressing each key performance criteria, and I heard nothing from the potential employer.

After working for another few years teaching English to adults and preparing seniors for tertiary studies, I lost my job at the end of 2020 due to the pandemic. Now I receive benefits for setting up a writing business, but I’m scared, as I know that eventually, the payments will stop and I will have nothing. I may apply to go on benefits again, but then the stigma will resurface.

The choices between being able to pay rent or eating are not easy. I feel like I’m back to square one; I don’t have references or recent experience. So I’m not asking for a raise. I’m asking to be seen and heard and not be judged. To be assessed on my accomplishments, not my lack of references.