Out of All My Family’s Dirty Laundry, Being Mexican Was Considered the Worst 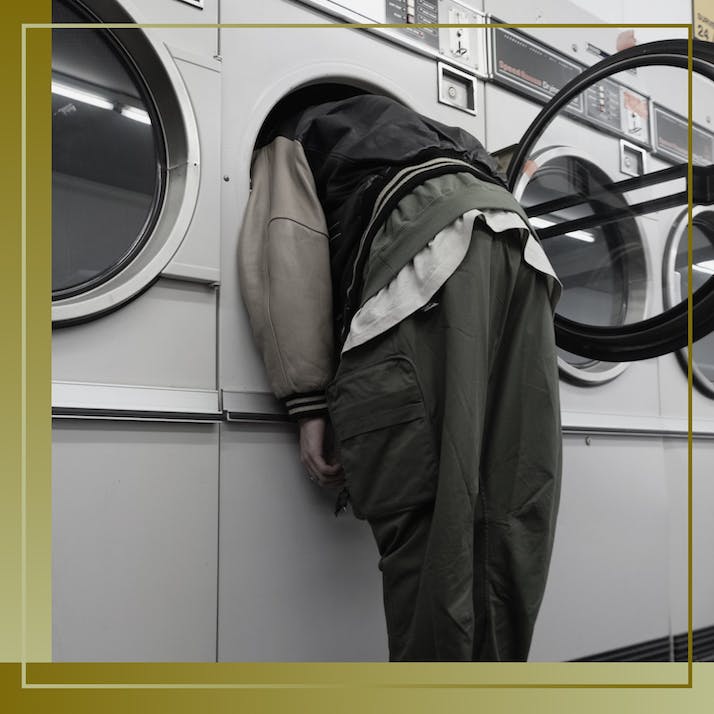 Out of All My Family’s Dirty Laundry, Being Mexican Was Considered the Worst

My mother let out a sigh. I’ll never forget the day she showed me my grandfather’s real family tree. Her voice was tinged with pain and shame—although not totally her own—that she had carried for over 30 years of my life. I don’t remember the exact words exchanged, as I was a bit shocked and enthralled upon learning who my grandfather really was.

While he had passed a couple years before, I had recently taken a DNA test from a popular genealogy website. Apparently, my mother had been entrusted never to tell anyone, but you can’t really argue with DNA. My grandfather’s dad—my great-grandfather—had long been relegated to a “he-who-must-not-be-named” category in the family. I later learned that it was because if his real name were to be revealed, it would in turn reveal my grandfather’s ethnicity. I had been told that my grandfather’s darker features were due to him being “Black Irish,” not half-Mexican like he truly was.

Upon learning this, I embarked upon more research and discovered that my great-grandfather had immigrated from Mexico and met and married my Irish American great-grandmother. Sometime during my grandfather’s early childhood, however, he disappeared. Though I don’t know all the details, this was likely a key event that led to my grandfather’s extremely traumatic upbringing, in which he endured poverty, child labor and discrimination. He’d also been poisoned by a relative and eventually became orphaned as a teenager.

Having little opportunity, he joined the army and was sent off to Japan right after the atom bombs were dropped. He spoke openly about all of this. But I discovered later, through the same genealogy website, that he had amended his birth certificate, anglicizing his first name and changing his last, which had been the same as his dad’s. This, I believed, allowed him to “pass” in a sense and avoid any more discrimination and abuse that darker-skinned people couldn’t.

Still, I wish I would have known. I could have explored that side of my family and felt a part of a rich culture and community, as I often felt alone and ostracized by many others. I had admired my grandfather for enduring all he had while still managing to be a good person, grandparent and surrogate parent when my father wasn’t able. Why couldn’t he have viewed it as a source of pride and that it didn’t stop him from surviving, like the other obstacles he faced?

When I finally came clean (thanks to therapy) about an incident I had kept to myself involving my own father, my grandfather even asked, “Why didn’t you tell anyone about this?” Like his dark features, it was something that should have been obvious all along, only it couldn’t be proven via tests or certificates.

“”
My family was so dysfunctional that it was next to impossible to deny anything, but they still tried.

My Dysfunctional Family Always Denied Parts of Our Lives

While shame and trauma can be insidious, I’ve read and learned that it can be healed with the help of empathy. But what if your family doesn’t have much empathy? Those who lack empathy are often narcissistic and abusive. To them, image is everything, so they can’t admit to problems for fear of looking bad. This creates profound denial, which in turn leads to a refusal of help that makes things worse.

My family was so dysfunctional that it was next to impossible to deny anything, but they still tried. My mother couldn’t deny the cancer that almost killed her, and we couldn’t deny my youngest sibling’s rare neurological disorder that almost killed her too. We also couldn’t deny my parent’s divorce or that the police had been called several times due to violent fights. But we could flat out lie about being Hispanic and even talk badly about Hispanic people, othering them and comparing them to our WASP-y selves like we were better—not violent, low class or messed up.

Yet we were worse than so many.

My youngest sibling’s school called Child Protective Services and placed a restraining order on my father, who was mentally ill and addicted to prescription pills. No one wanted to discuss this in-depth or do much because it was “embarrassing.” But no one sought to have the records changed or claimed it never happened. My mother said she was unable to get sole custody of us because it was too hard, even though a lot of my father’s behavior was dangerous.

In separate but no less disturbing incidents, he had driven like a maniac at my youngest sibling’s school, tickled them inappropriately in public and put a gun to his head in front of us. But that was just what the authorities had found out about. There was also the time when, during one of many violent rages, he had picked up the same sibling as a toddler and shook them. Another time, he played Russian roulette with my other sibling when drunk. And when I was 13, he threatened to kill random people in front of me, and I spent the evening in a panic, talking him out of it.

Then there were times he would break through bathroom doors that my siblings and I hid behind, screaming and cursing, his eyes black, making the scene from The Shining look tame. When I was 6 years old, he had fondled me while we wrestled. I always figured this was an accident, despite feeling very violated. But then, I considered the comments he made to me. When he died, I wasn’t prepared for what we found: an arsenal of weapons, all loaded. This was a whole new level of trauma given his threats and the fact he had been trained as a sniper in the military. It was a miracle he never killed anyone.

And sadly, these aren’t even half of the awful things that my siblings and I endured. When I admitted to them and my mother that he had sexually abused me overtly as a kid—and that I didn’t understand it until years later—I was accused of lying. When I brought up the other incidents, they said they had “forgotten” or that I needed to move on. That I didn’t appreciate the good. And yes, there were a lot of good times and good things my parents did. But I feel telling the whole truth is important—like the fact that I showed physical and emotional signs of having been molested that were glossed over and dismissed.

“”
It was a miracle he never killed anyone.

I’m Telling a Truth That My Family Won’t

Every time I attempt to embrace or celebrate my Mexican heritage—whether speaking about it or trying to find out more—I am given stern looks, reprimands or elusive answers. When I traveled to the same Mexican city my great-grandfather came from, my family said nothing. I was even told many times not to date outside my “culture.” But the thing is, my great-grandfather was the most recent immigrant from my family, and I’m more connected to Mexico, more than the rest of the countries that make up my family tree.

It’s important that I don’t cover up my grandfather’s heritage, as it is partly mine. While I realize I have more privilege than he did, partially because of the sacrifices he made, I will not view it as a source of shame with the same type of scorn as child abuse, because it isn’t even in the same ballpark. My family wanted to pretend that we were the perfect WASP suburbanites behind a veneer of a white picket fence. The fact is, we came from a more blue-collar area and only moved after finding a deal on a house.

My ancestry could have been a source of pride and belonging, which I could have used to connect with others like me. I could have felt like I was protected or had some camaraderie with the horrors I endured. But I am here now, telling the truth because my relatives didn’t. I’m not ashamed that I’m a survivor and part Chicana. In fact, I think it’s pretty cool.