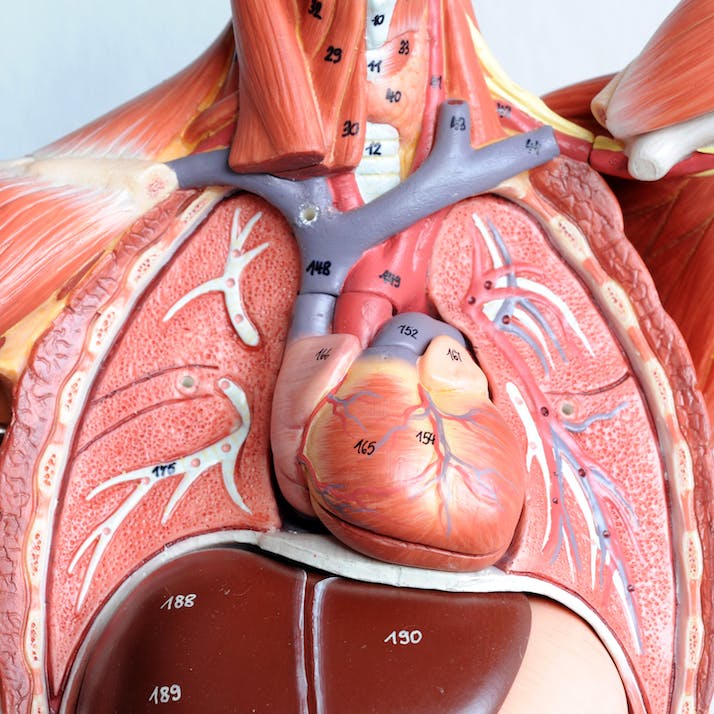 I'm an Organ Donor and You Should Be, Too

Here's how you can help save a life.

When I was ten I saw my friend Adam plummet to his death from a tree at our sleepaway camp. At the time, I recall thinking that it couldn't be possible. I was certainly aware that tragedies happen all the time, but they just didn’t happen to me, or to people I knew. My bubble of safety had been burst.

My parents are both Hasidic Jews—my mother comes from a Satmar family and my father comes from a Bobov family—and growing up I always saw my only possible career choices as the stereotypically Jewish doctor, lawyer or accountant. Watching Adam die probably had something to do with my decision to pursue a medical path.

By my mid-20s I’d left medicine and the New York Hasidic community to work for a software company in Wisconsin. It was my first real exposure to anything outside the tight-knit world I grew up in, and it was eye-opening. The ultra-Orthodox community I grew up in prided itself in helping strangers, and taught us that non-Jews didn't know the meaning of help or kindness. But everyone I met at my new job wanted to help out any way they could.

“”
I would donate an organ again without a second thought. I believe everyone should. Thousands of people are dying every single year for no good reason.

If you look anywhere else in the world—at the Bill and Melinda Gates Foundation, at what Jimmy Carter did—they didn’t do those things because of religion. They did them because they believed they were good things. You can have someone who's very religious and is a horrible person, and you can have someone who's not religious who does good deeds. I've not seen any evidence that religion plays a role in that. I don't think religion gets to take credit for all the good that religious people do, just like religion shouldn't take the blame for all the bad things that religious people do. It's up to the person themselves.

I eventually lost my faith, but I didn’t lose my desire to save people’s lives. During my EMT training, I learned about cadaveric organ donations. This whole topic was new to me and I couldn't help wondering why I hadn't learned about it sooner. I began pushing the subject on some of my religious friends and family, but everyone had their own reasons why they couldn’t: We have an obligation to bury the entire body (halachically true, but saving a life trumps that commandment); our entire body is needed in order to be resurrected when the Messiah comes (tell that to the victims of the Holocaust); our parents and grandparents didn't do it (they also didn't drive cars).

Finally, one of them asked me, “Well, why don't you do it while you're alive?” And I said, “You know what? You're right. Why not?” I looked into it, and it turns out that if you donate when you're alive, the organ lasts longer in the recipient. Cadaveric organs don't last as long. So there's no question that it's more beneficial for the recipient to receive a living donor's organ.

We Should All Be Organ Donors—While We’re Still Alive

I was in the medical ethics society for the university I was in at the time. One of the advisers there was a doctor who hooked me up with a nephrologist, who hooked me up on Facebook with a woman named Rachel, who set up matches between organ donors and the people who need them. I reached out to her and expressed an interest in donating a kidney. She set me up with a recipient who’d been waiting for 15 years for a match. I was that match.

Unfortunately a scan showed that one of my kidneys hadn’t developed properly, which meant that they couldn't take either one. I was furious about this but I didn't really have any options. I tried coming back to Rachel asking if I could donate a part of my liver to a different patient instead. Unfortunately, altruistic liver donations were not allowed in New York at that time. That ended my hopes of becoming a living donor.

Four years later, Rachel called me up to tell me that the rules had changed, and altruistic liver donations were now accepted. She asked if I was still interested in donating a part of my liver, and after talking it over with my wife I told her I was, and we started making arrangements.

Donating an organ isn’t as scary or as big of a deal as people think it is. With kidneys, you're usually out of the hospital within four days. It's very low risk, and you’re completely functional after you donate. (Most diseases that take one kidney usually take the other, so not donating doesn't make you any safer.) With livers, it's a bit riskier, but there's still nothing to it. Hospitals won't let something go wrong with an organ donor. If something happened to you, that's the end of the department for the foreseeable future. And while you’re there recovering they treat you like a king.

Plus you get to save a life. There's no reason not to do it.

Donating an Organ Isn’t as Bad as It Sounds

Before the surgery, I remember sitting in pre-op and hearing the person I assumed was the recipient talking to her husband. I don't recall much of what she said.

The surgery went fine. They ended up needing to take my gallbladder out in order to get to the liver. The operation involved two small incisions on either side of my abdomen and a longer incision down the middle. I woke up nine hours later and remembered almost nothing in between.

While I was recovering, Rachel let me know that the recipient had expressed an interest in meeting me before I left. On my third day in the hospital, I stopped by their room. When I walked in the door the recipient burst into tears and her husband came over to me and started blessing me over and over. He handed me a framed thank-you letter and a bag. I told him I couldn't take it, since compensating people for organ donations is illegal, but he insisted. I thanked him and left.

It was an extremely awkward encounter. Between her tears and his blessings, I just wanted to get out of the room as soon as possible. I don't know what to do or say. I don't do very well with emotions and I've never been great with people. I kick myself for not handling it better and maybe developing a relationship with them. Part of me wishes I hadn't messed with the experience by visiting their room at all.

But I would donate an organ again without a second thought. I believe everyone should. Thousands of people are dying every single year for no good reason.

To me, donating an organ felt like I was completing a mission that was the sole purpose of my existence. I had been given a chance to save a life. My recipient was supposed to be gone in six months if she didn't get a liver. Instead, she lived. She got to see her kids get married. She got to experience life a bit longer.