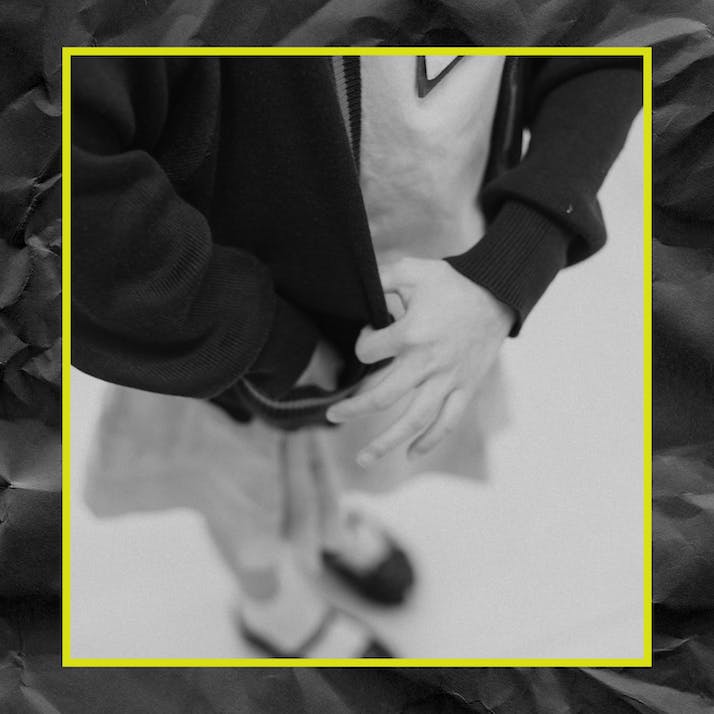 I Was the Only Kleptomaniac in AA

I felt out of control because of my addiction. My first Addicts Anonymous meeting changed everything.

The first item I ever stole was an umbrella. Two minutes later, the umbrella broke.

I laughed and thought, who cares? I didn't pay for it anyway. Of course, if I had paid for it, I would have gone back and got a refund and maybe even got a new umbrella. But stealing makes items meaningless. For a person who loses items on a regular basis, a meaningless item is highly valuable. If you don't get attached to items, then you don't get sad when they're gone because they never meant anything to you in the first place.

The next item I stole was a leopard-print bra from Victoria's Secret, worth about £70. That night, I wore it to a club. For some reason, it was annoying me. So I took it off. I thought I'd put it in my pocket, but I just dropped it on the street. The next morning, I pretended to myself that I didn’t care. But deep down, I knew that it was pathetic and childish—someone might have saved up for weeks to buy that bra, and I just stole it for adrenaline, then disregarded it like a useless cloth.

It wasn't for about a year until I started to get embarrassed about stealing things. I wasn't defined by it, but I was definitely controlled by it. When your life is out of control, the natural human reaction is to seek a method of control, whether it’s control over another person or what you eat, smoke or drink. You think you control the addiction, but the addiction controls you. Kleptomania controlled me for nearly four years. Now that I have almost conquered the addiction, I wanted to reflect. Let’s start with my first ever session at Addicts Anonymous. This is where my recovery began.

Why did I take the leap? I suppose I was a bit desperate. I felt very out of control and needed some method of deterrence. Also, none of the counselors I worked with had much training in addiction and not any at all in kleptomania. I thought the AA team might have some experience with it.

“”
I like attention, but not everyone staring at me while I confess the most embarrassing addiction on the planet.

Everybody is introducing themselves and drinking tea. One man from Belfast says that he hates people. He stares us all in the eyes as he tells us this: He really hates people. But as soon as he has some cocaine inside of him, he fucking loves people.

An awkward-looking ginger man from Cork tells us that he's just been kicked out of his fifth house this year. He cannot pay the rent because he spends it all on weed. He will continue to disappoint his friends and his family because he can't survive without weed.

A girl with a Dublin accent starts speaking very quickly. She's just been diagnosed with a severe liver problem, and she has serious health anxiety. She has a friend who came as support. The friend tells us that she herself is not struggling with an addiction, but she thinks that some of her friends might have addictions that they are shrugging off as part of university life.

An aristocratic man from Eton with polished shoes gives us a Shakespearean-like monologue about his alcoholism. He describes a cave for which he has the key. He feels like a monster who should be trapped and locked up in the cave because outside the cave, there is alcohol, pubs and drugs. He wants someone else to own the key.

What struck me was the respect from the rest of the group. Everything is accepted and usually related to by another member. There is a look of release from each speaker, as if they can breathe again.

It's my turn to talk.

I tell them that nothing that I steal I particularly need or want. I don't steal because I'm poor or struggling financially. It's a coping mechanism for dealing with losing things, being disorganized and failing exams. Crucially, it's a secret that my family doesn't know about. They can berate me about everything that I don't deserve, but this one thing I have to myself and they don't know about it.

I tell them that I feel so shameful every time I steal. I always feel sorry for the shopkeepers who are innocently trying to do their jobs. I know as soon as I enter a shop that something is going to happen, whether I like it or not. I've been in shops crying as I steal because I have no control over my body or mind. On the way back home, I sob. “I know this is not a normal addiction, and maybe you guys are thinking that no one can help me here,” I say.

The British aristocrat takes my hand and tells me that everything I said about my addiction is the same as everyone else. The regrets, the shame, the guilt, the secrets from families and friends. I am crying even more because I actually feel heard and unjudged. I can’t actually believe that I am not being judged. But I suppose if they judged me, then they would be judging themselves. Everyone is open-wounded in Addicts Anonymous.

But with close-wounded friends, who are not as vulnerable, it’s much easier to feel judged.

I do not think any of my friends have ever really judged me at all, but the deep shame and guilt attached to an addiction makes you believe it.

My Journey Isn’t Over, but I Wouldn’t Have Come This Far Without Addicts Anonymous

That evening, I walk home thinking that I actually can conquer kleptomania for the first time. I also think that people who go to Addicts Anonymous are brave. It is embarrassing to admit that you have an addiction. Some people think it's cool. We watch films like Trainspotting, Withnail and I and Fear and Loathing in Las Vegas and think, maybe drinking or doing drugs all the time would be pretty sexy! But the reality is less wild freedom and more of the chained existence of shame. Most people with addictions have low self-esteem, even if they seem confident.

If you are struggling with kleptomania, then I would recommend Addicts Anonymous. It feels like a warm hug. You can be proud of yourself for actually addressing your demons. And that pride, along with the support of other addicts, gives you confidence. Confidence to tackle the shame. And maybe confidence to tackle the actual addiction, which is an amazing feat.

Three years, three therapists and three boyfriends later, Operation Conquer Kleptomania is not complete. But there has been significant progress—I only steal from supermarkets now.

If I had never attended Addicts Anonymous, I would have bottled up the shame and kept stealing excessively. I am a stubborn person, and when I feel judged, I retreat to an inner sanctum and try to protect myself. Like a hedgehog, I put up spikes that hurt people. But I believe deep down that those intruders will hurt me more. But there are no spikes at Addicts Anonymous, just a group of other vulnerable and wounded individuals.

If I ever told my family the truth, I imagine they would degrade me, humiliate me, lose complete trust in me, bitch about me. No addict really deserves that, and crucially, no addict will recover from that sort of treatment. That’s why it’s so crucial to find people who help relieve you of that guilt weighing you down, distracting you from seeing the reality of the actions. They can push you to recovery in a supportive and productive way.